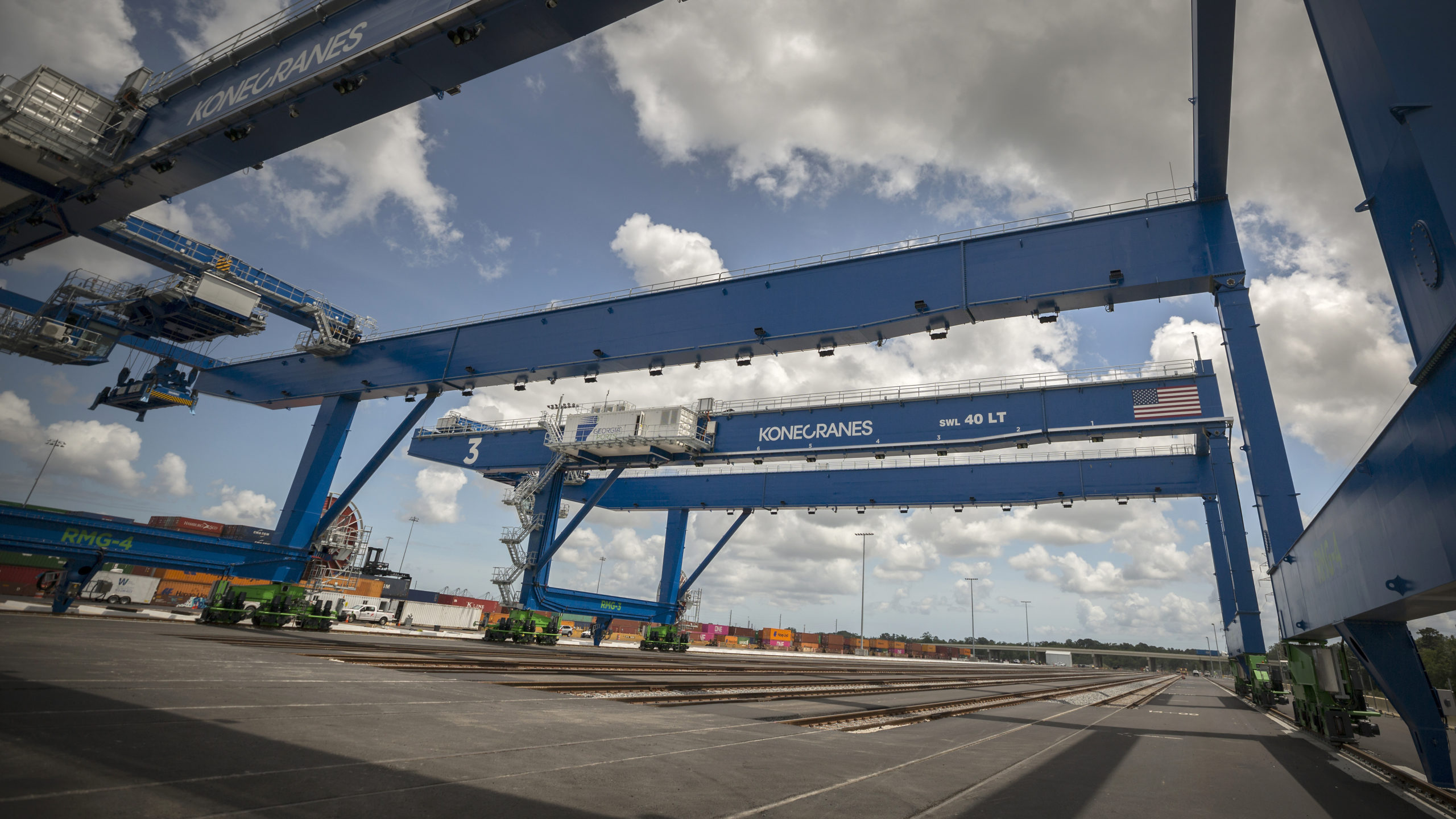 Georgia Ports Authority’s (GPA) Mason Mega Rail project has passed a major milestone as it puts into operation the first nine of 18 new working tracks, with its first two rail-mounted gantry cranes to be commissioned in June.

The project has been in the works for more than four years and designed to expand service to the Southeast and Midwestern US.

“At the Port of Savannah, we are working to improve the efficiency of the American supply chain and move goods to market even faster,” said GPA Executive Director Griff Lynch. “These efforts are strengthening our logistics network at a time when the nation needs it most.”

PTI Insight: Top five busiest ports in the US

Lynch said the project would not have been possible without a generous grant from the US Maritime Administration.

He noted that throughout the COVID-19 crisis, dedicated GPA employees and contract workers have continued to press forward, with a daily average of more than 150 people working on the rail expansion, and more than 2.2 million staff hours expended in planning and construction since late 2015.

“Additionally, throughout all this work and the issues related to the coronavirus, GPA and our partners at the International Longshoremen’s Association have continued to provide world-class service to our customers,” Lynch said.

The project will include 18 working tracks for improved efficiency moving containers from trains to trucks.

The expansion will use an estimated $38 million of American-made steel. The project has so far installed 56,000 feet of new track but will include a total of 129,000 feet when complete – or nearly 24.5 miles.

The Mason Mega Rail Terminal will double the Port of Savannah’s rail capacity to 2 million twenty-foot equivalent container units per year. The added capacity will allow GPA to take on new business in a broader service area, reaching well into the US Midwest.