Gateway Terminals handles its first container at the Port of Savannah 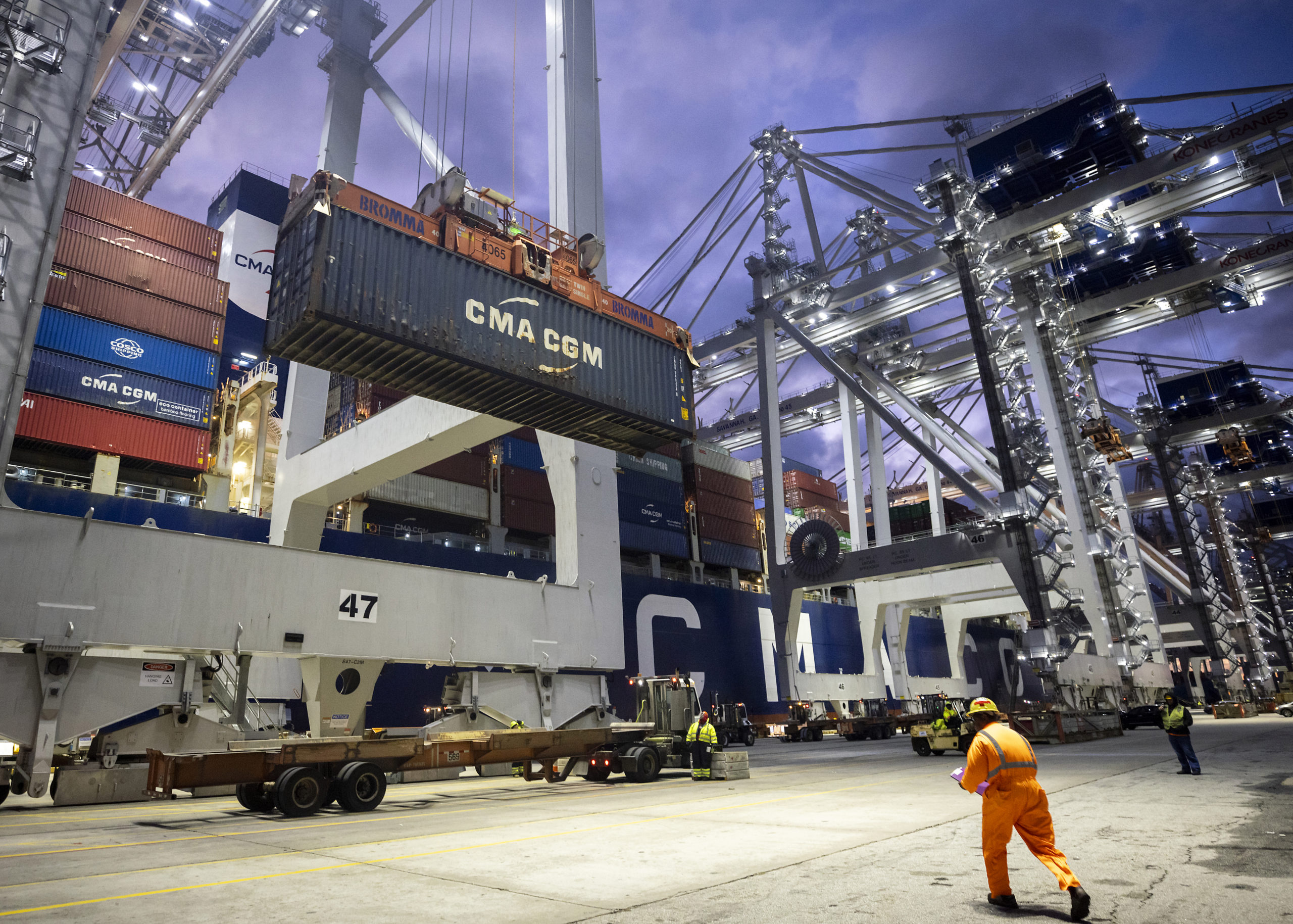 Gateway Terminals, the International Longshoremen’s Association, and the Georgia Ports Authority (GPA) have joined together to handle the first container under the new direction of the Port of Savannah.

“This is an exciting opportunity to coordinate and bring together three great companies and a best-of-class ILA operation into a world-class team,” said Kevin Price, President of Gateway Terminals. “Bringing together three organisations under one umbrella provides a compelling opportunity for growth, especially in light of the tremendous increase in demand for service from Georgia Ports.”

Part of Gateway’s responsibilities will revolve around the operation of loading and unloading vessels, including hiring longshoremen crews on behalf of shipping lines, planning vessel stowage and overseeing cargo handling safety.

Willie Seymore, Executive Vice President for the South Atlantic and Gulf Coast Division of the ILA, added “At the Port of Savannah, the hardworking men and women of the International Longshoremen’s Association work hand-in-hand with our stevedores and the Georgia Ports Authority to make sure our customers receive world-class service.

“We’re excited to collaborate with Gateway Terminals at the start of this new era of port operations.”

Griff Lynch, Executive Director of the GPA, also commented “Benefits for port customers include integrated operations across all berths, providing the ability to turn more ships and move more cargo.

“This improved efficiency and collaboration is coming at the perfect time, in light of the sustained increase in cargo volumes over the past year and a half.”

The GPA also previously sold $425 million in revenue bonds in order to fund infrastructure projects at the Port of Savannah.

The bonds, which were offered for sale during the week of 18 October 2021, will fund capital improvements to expand the GPA’s capacity to serve the largest vessels calling on the US East Coast and to better handle continued cargo growth which is expected to continue due to surging demand.