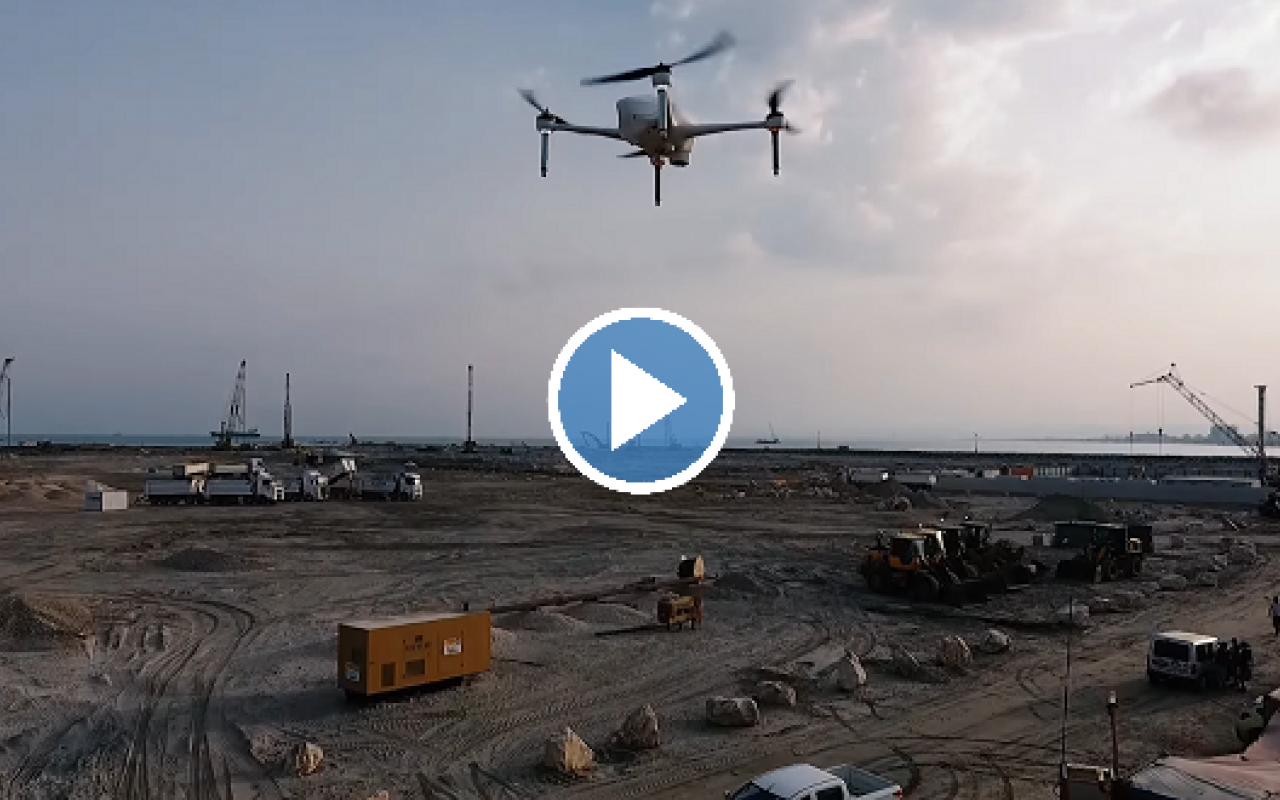 Airobotics, the Israeli technology startup that built the world’s first fully automated drone, has revealed that it has been performing an automated, drone-based survey of Israel’s new Gulf Port in Haifa.

The startup is formed by a consortium of the port operator Israel Ports Company and Shapir-Ashtrom, a partnership between civil and marine engineering company Shapir and construction specialist Ashtrom, to survey and map the seaport's construction.

The Airobotics partnership is will result in a technological first for industrial spaces by utilizing drones to assist in the survey of reclamation areas and the monitoring of breakwater construction.

Combining the expertise of the companies has resulted in an improvement in the port's construction accuracy, accessibility and reduce production costs and overdue deadlines.

“This partnership is another step on our way to leverage the automation technology we’ve created to benefit any industrial site around the world.”

The automated drones have been used daily for the past eight months to survey the construction progress.

Within eight hours of the drones returning from their daily operations the contractors, engineers and other invested parties are given high-resolution aerial visuals and orthophotos — geometrically corrected aerial photograph to ensure uniform scale.

The drone's visuals are automatically collected and measured using hundreds of thousands of surface points to create a visual model which is significantly more accurate than traditional human operated surveying techniques.

Read Orbita's technical paper on the development of technology in the industry — “The Singularity: Unifying Technology”

As the drones are fully automated, and do not require human piloting, workflows are drastically streamlined with response times and data acquisition pace increased and logistical overhead eliminated.

Fully automated drones overcome many limitations that are present with their manually-operated counterparts, including high-altitude operations without maintaining a line of sight.

Additionally, Airobotics’ drones can efficiently and accurately survey areas of up to five-kilometre radius around its docking station, the 'Airbase', in under 45 minutes.

The Airbase docking station, standing at 2.2 metres high and weighing 2.6 tons, is a fully autonomous system — conducting pre- and post-flight checks and transferring all downloaded data from the drones to external storage.

It utilizes a robotic arm that will unload and load docked drones payloads, as well as swap used batteries for continued flight time, and is housed in a durable exterior that is designed to withstand harsh environmental conditions and shelter the drone.

Senior Project Manager at Shapir Civil and Marine Engineering, Ofir Uzana , said: “Drones are the future. Utilizing Airobotics’ automated drones in this project proved to be an efficient choice, and I’m certain that this valuable tool is innovating the way we operate in construction sites.”

“We managed to build a very reliable working mechanism using Airobotics’ system, that shows results in almost real time, which is a huge achievement.”

The new Gulf Port, located in Haifi, is being constructed as part of a $1 billion initiative, and once completed will cover 810 acres, and be able to handle 1.1 million TEU annually.