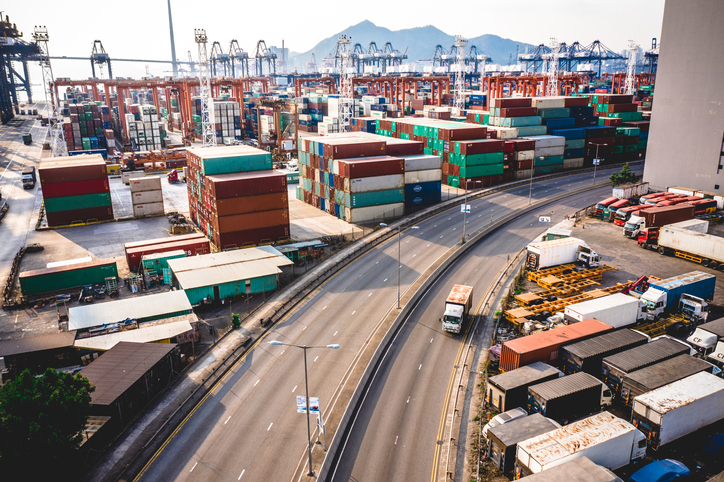 A new working group of international competition authorities has announced it will be putting companies involved in global supply chains on notice not to collude.

It will meet regularly to develop and share intelligence to detect and investigate suspected anti-competitive behaviour and collusion, using existing international cooperation tools.

This new working group builds on the long-standing cooperation and intelligence alliance between the CMA and its partners around the globe.

The five competition authorities are making co-ordinated statements putting firms on notice that those attempting to use supply chain disruptions as a cover for illegal anticompetitive conduct, including collusion, will face the full force of the law.

In the UK that could lead to fines of up to 10 per cent of global turnover, disqualification of directors and in some cases criminal prosecution.

The launch of the working group follows concerns about higher prices resulting from supply chain disruption across the economy.

Many businesses and individuals have worked hard to minimise the impact of these disruptions. The agencies concerned, however, fear that some unscrupulous businesses could take advantage of the disruptions to engage in anti-competitive collusion and practices that cheat other businesses and ultimately consumers.

Michael Grenfell, Executive Director of Enforcement at the CMA, said: “People and businesses across the world have been facing higher prices for goods and for transporting them. While price rises can be legitimate, the CMA would be concerned if collusive anti-competitive practices are contributing to these rises or preventing prices from coming down.

“The CMA is ready to use its legal powers where it finds evidence that the issues in the supply chain might be caused by potential breaches of competition law.

“These are global issues that are best addressed together. With support and intelligence from partner agencies across the world, we can step in and take enforcement action if we find evidence of anti-competitive behaviour taking place.”

The British International Freight Association (BIFA) has said it hopes that the contents of a letter that it sent to the UK Department of Transport in January of this year, and subsequently passed on to the CMA, played some role in the launch of this group.

“We are convinced that the well-documented chaos within the container shipping sector is leading to commercial power becoming increasingly concentrated, resulting in diminished market choice and competition and distorted market conditions,” said Keen.

“It will be interesting to see if the five competition authorities find that the current supply chain disruptions are a direct result of anti-competitive conduct.

“The facts speak for themselves. During a period that has seen EU block exemption regulations carried forward into UK law, there has been huge market consolidation.

“The pandemic has highlighted and accelerated this development, which has also contributed to dreadful service levels and hugely inflated rates, with carriers allocating vessels to the most profitable routes with little regard to the needs of their customers.”

In order for the CMA to open an investigation against any business, it requires evidence that it might be breaching competition law.

In August 2021 the Federal Maritime Commission (FMC) launched an expedited inquiry into the timing and legal sufficiency of ocean carrier practices with respect to certain surcharges as part of its investigation into the US maritime sector. Carrier profits could reach an eye-watering $200 billion by the end of 2022, predicts shipping analysts Drewry.