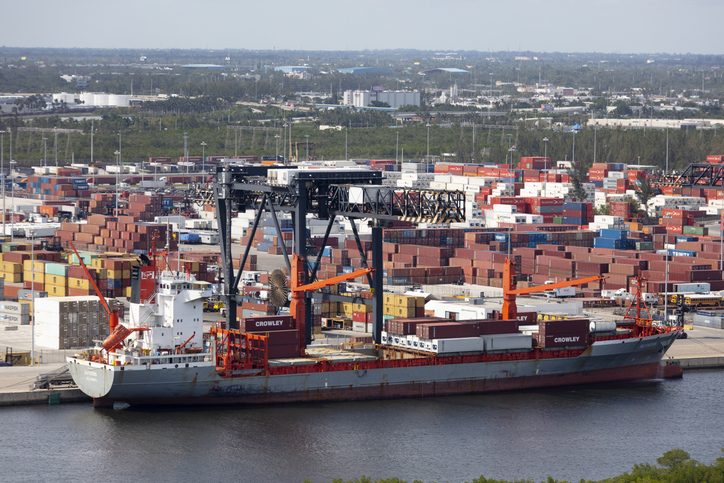 Port Everglades “will not impart its will” on harnessing emerging technologies for terminal operators as the port continues to break record numbers of container throughput.

The Port has continued to reach record numbers caused by the e-commerce driven congestion crisis for the US since summer 2020.

In July 2021, Port Everglades broke its historic high for July with 91,285 TEU, and is confident that it will once again break the 1 million TEU by the end of the fiscal year.

Compared to July 2019, prior to the onset of the pandemic, TEU has surged 29%, which port officials attribute to increased availability of goods from Latin America and higher consumer spending in Florida.

On investment in emerging technologies to improve processes through the port, Daniels said decisions will be made with the ongoing cargo boom in mind.

“The biggest issue we have with [the] need for technology is the congestion mitigation within that. If there are any issues with one of the TOSs going down, it causes an entire chain back-up through the network itself,” Daniels said.

“As good as a technology and a TOS you have, it’s only as good as when you’re operating. We are looking at collectively trying to find the way to mitigate congestion on the port.”

Daniels noted that the port is considering grant opportunities for camera and gate appointment systems, noting that the port will “[integrate] technology that is necessary” to seamlessly move containers in and out of the port.

“It’s not as easy as just opening up the gates an hour early and keeping them up an hour later. As we see more containers coming through as we see more cargo coming, we need to be able to integrate all levels of technology to make sure we are providing the best facilities for the private sector to come in and be able to move the cargo,” he added.

Everglades, as a landlord port, cooperates with operators and shipping liners allowing opportunities to bring in varied technologies, he outlined.

“We do not impart our will of what technology will and won’t be used.

“I have tried that at other ports very unsuccessfully, looking at ways of mitigating congestion by going to just a single gate structure in Gulf Port. The three terminals we had there went against that – they wanted their own security and check-in gates.

“We do have an obligation to put controls into place that allow us the opportunity to work as an organisation – not the port but all port users as a whole.