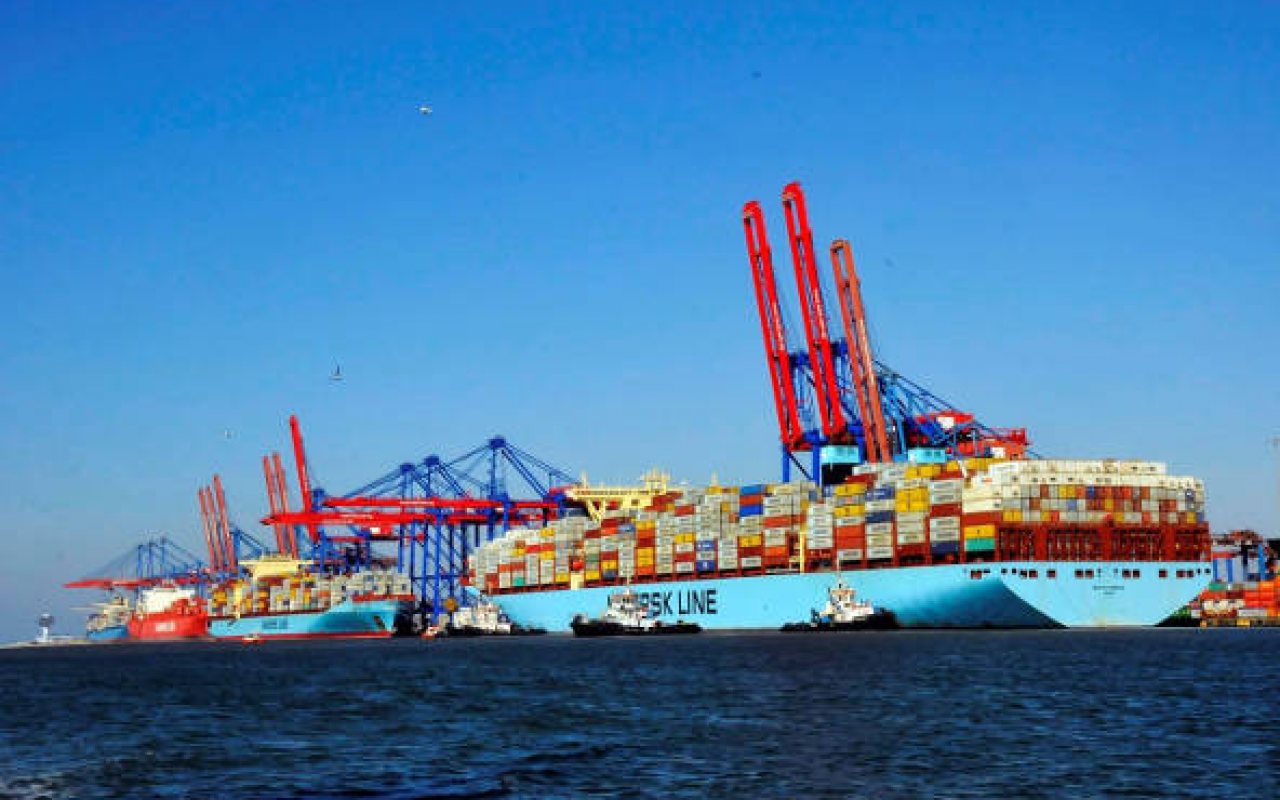 The 18,300 TEU capacity Maren Maersk has become the second Triple-E class vessel to call an Egyptian port and the first with a commercial stop at the Suez Canal Container Terminal (SCCT) at Port Said East.

APM Terminals, the majority shareholder of SCCT, partnered with the Egyptian government and local authorities to complete a dredging project to increase the operational potential of terminal, which is expanding its annual container throughput capacity to 5.4 million TEUs.

In February, Mette’s sister ship Maren Maersk became the largest vessel ever to call a terminal in Egypt, when it arrived for a trial visit to the recently deepened APM Terminals global terminal network facility at the mouth of the Suez Canal on the Mediterranean Sea.

With the side channel and port basin dredged to a depth of 18.5 meters, SCCT can now fully accommodate Ultra-Large Container Ships (ULCS), including the Maersk Triple-E class vessels.

Prior to the Maren Maersk call in February, the previous record for largest vessel call at SCCT was the 16,652 TEU capacity MSC Istanbul, in August of 2015.

The MSC Istanbul, at 399 meters in length, is one meter shorter than the 20 Triple-E class vessels currently in service.

There are at present a total of 388 ULCS of 10,000 TEU capacity and above in service in the global fleet, with 47 of these representing capacities of 18,000 TEUs or more, with another 58 on order.

Vessels of this size are used primarily for the Asia/Europe trade routes which transit the Suez Canal.

Hany Al Nady, SCCT Director of Public and Government Relations, said: “In partnership with the Egyptian Government, we are transforming Port Said East into a strategic container handling axis for the region”

A total of USD $850 million has been invested at SCCT since the facility opened in 2004.

DP World recently announced that it wanted to capitalise and set up a dry port near the capital city of Cairo.