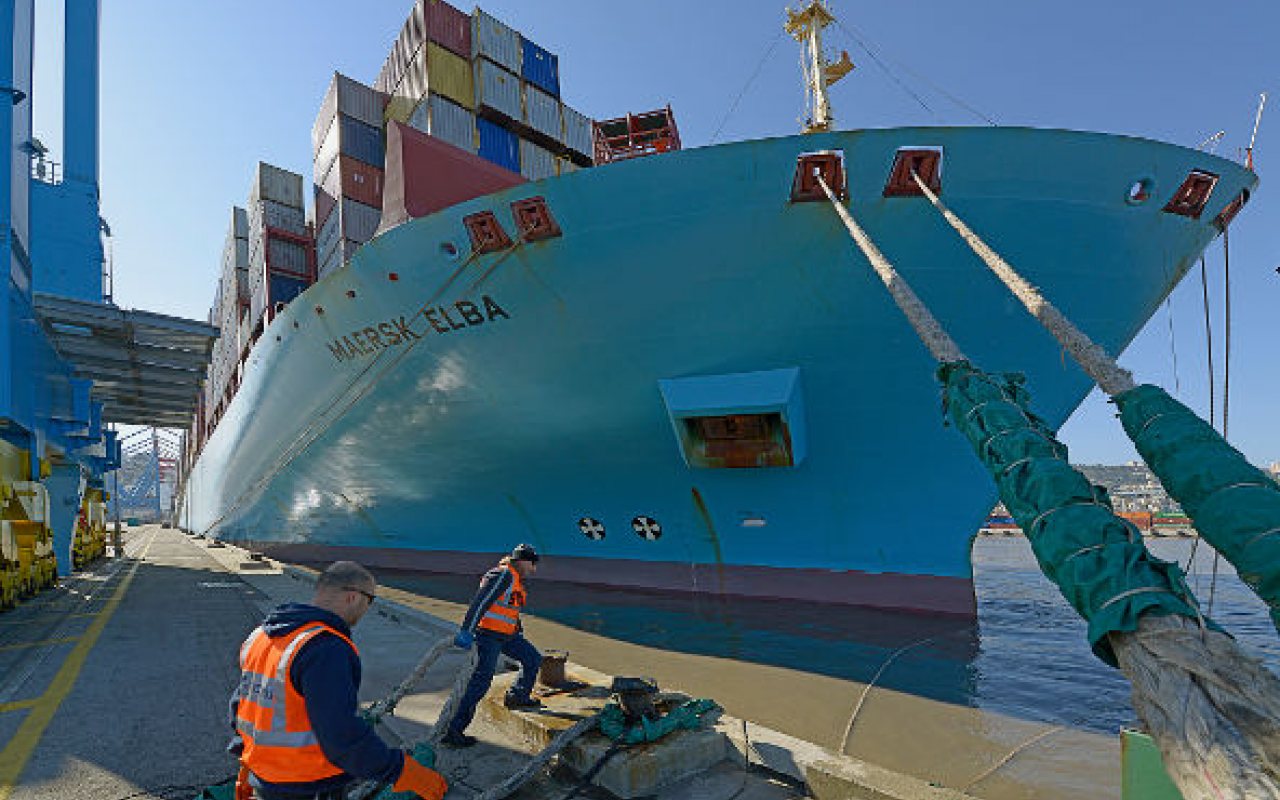 Israel’s record for the largest ship ever to dock in the country has been achieved by the 13,092 TEU Maersk Elba container ship, deemed 'Isra-max' by Haifa Port, were it arrived at the Carmel Terminal this morning (February 2, 2017).

However, the next generation of ships of 18,000 TEU and above will not be able to call in Israel during the next few years until further development takes place.

In the parlance of ‘Panamax’ ships, Haifa has marked the occasion by creating the term 'Isra-max' for Maersk Elba and vessels of 14,000 TEU.

Maersk Elba entered the Carmel Terminal, where it was operated on by four STS cranes with an average productivity of 136 containers per ship hour.

In order to prepare for the arrival of the Maersk Elba and similar subsequent vessels, five new cranes were built at the Carmel Terminal, including two STS cranes from Kocks Cranes with arms suitable for transporting 20 + one lines of containers across the ship.

These were constructed on the dock and are now fully operational and join six other STS cranes. Three new KoneCranes RMG's cranes have also been added at the storage area of the terminal, where they complement an existing 15-crane array.

Israeli Transport Minister Israel Katz officially unveiled the new cranes a few weeks ago in time for wide beam ships to begin calling at the port.

Maersk Elba is part of the weekly service line operated by the 2M Alliance of Maersk and MSC. It links the ports of South Korea, China and Singapore to Haifa Port and continues to the Adriatic ports.

Haifa Port is the only Israeli port that has the necessary cranes, depth of water and tugs to provide for mega ships of 14,000 TEU.

In the last two years, Haifa Port has also acquired two new tugs, both of which can achieve bollard pull of 70 tons.

The second of these, the Elad, arrived a few months ago.

Mendi Zaltzman, Haifa Port CEO, commented: “We are entering a new era, as Haifa Port is promoted to the premier league of terminals worldwide. This advancement comes with its own obligations.

“It is important to remember that these massive ships are being serviced at a dock that was originally built to accommodate ships of up to only 6,000 TEU, yet now we are fully prepared to receive ships of 14,000 TEU.

“The ships in question, such as the Maersk Elba and those that will follow, are very selective about the few ports they call at, and they will not settle for anything less than excellent, rapid service.

“We are prepared to provide precisely this outstanding level of service to these ships and all others that opt to enjoy Haifa Port's services.”

A video published in May last year by Milan Lourens shows a virtual design of the planned container terminal expansion at Haifa Port by Rotterdam University.