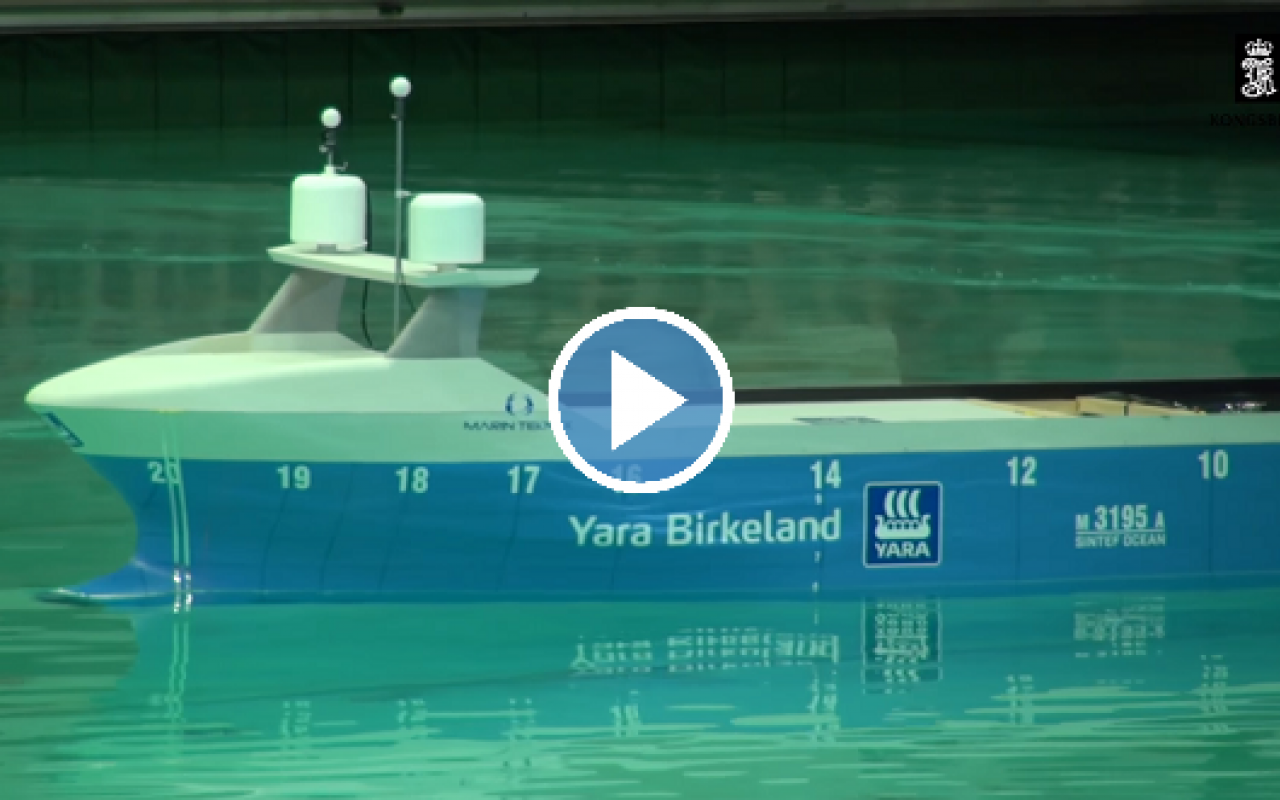 The organization will also support the project with a US$ 16.7 million financial contribution.

The vessel will begin its first tests and operations by early 2019 and conduct fully autonomous operations in 2020.

President and CEO of Yara, Svein Tore Holsether, said: “To succeed with a project like this we rely on collaboration with leading maritime competence hubs and technology companies, like Kongsberg on autonomous technology, Marin Teknikk on ship design and SINTEF for testing of the model.”

Marin Teknikk, a Norwegian design and engineering company, started designing the vessel following an announcement in May 2017.

The model of the final design uses technology destined for the real ship, including a fully working thruster system from Kongsberg.

It will now undergo comprehensive testing at SINTEF Ocean, the largest independent research organization in Scandinavia, before construction of the full-scale vessel starts.

The decision of where the vessel is to be built will be decided and disclosed by the end of 2017.

Kongsberg is responsible for development and delivery of all key enabling technologies including the sensors and integration required for remote and autonomous ship operations, in addition to the electric drive, battery and propulsion control systems on Yara Birkeland.

Geir Håøy, President and CEO of Kongsberg, said: “Initial tests of the model were successful, proving both concept and the technology.

“The testing at SINTEF Ocean marks an important milestone in the development.

“This vessel is important for the entire maritime industry, and Yara deserves praise for their initiative and commitment.

“Yara Birkeland is the start of a major contribution to fulfilling national and international environmental impact goals, and will be a global milestone for seaborne transportation.

“Green shipping is an area where Norway can make a global difference for climate and the environment, and where the Norwegian maritime cluster can take new international positions.

“Yara Birkeland will set the benchmark for the application of innovative maritime technology for more efficient and environmentally friendly shipping.

“The close collaboration between Yara, KONGSBERG and other involved companies and authorities shows the Norwegian maritime industry's ability to set international standards and lead the way forward.”