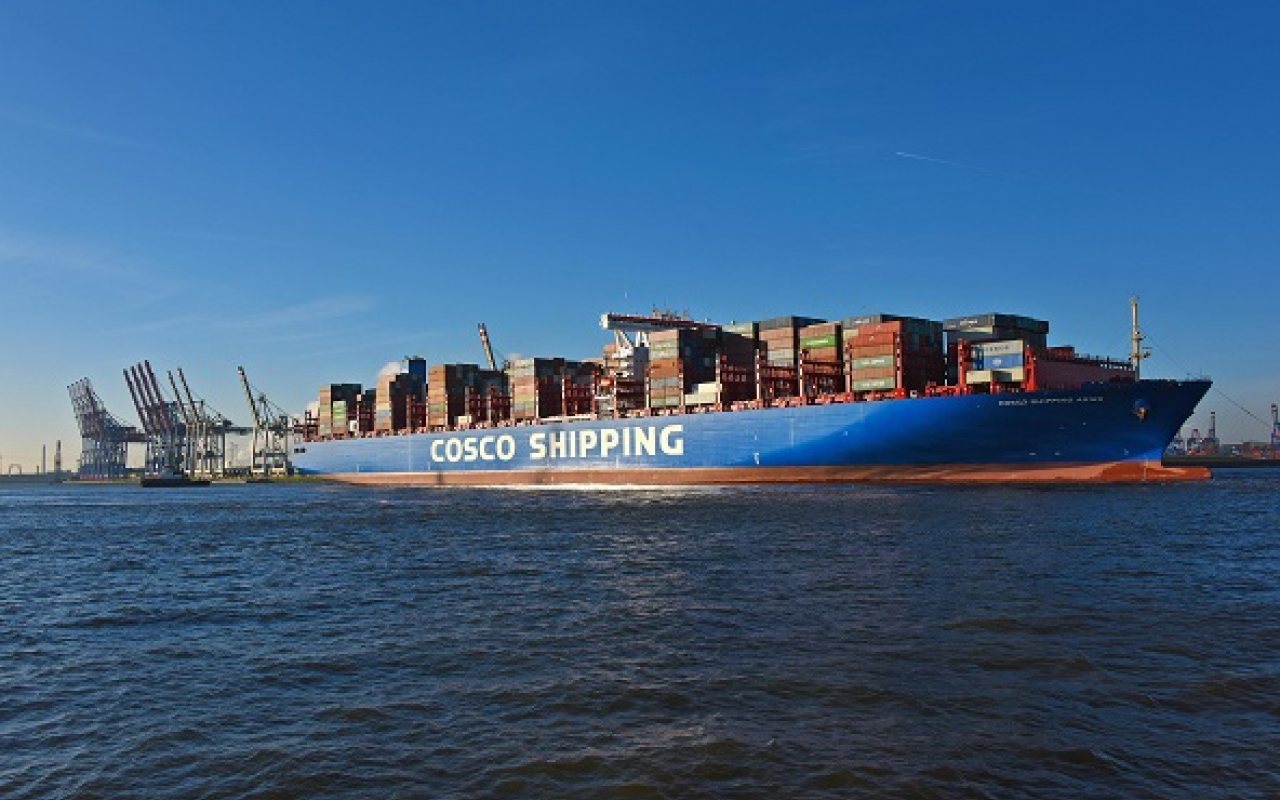 The COSCO Shipping vessel ‘Aries’ is the first Chinese container vessel with a capacity of more than 20,000 standard containers (TEU) to call at the HHLA Container Terminal Tollerort (CTT) in Hamburg.

HHLA’s five high-performance gantry cranes at CTT handled the new flagship of COSCO Shipping Lines after it sailed into the Port of Hamburg, Germany’s largest port, on its maiden voyage on February 23, 2018, at around 9 am.

HHLA currently has three berths for handling these mega-ships at its terminals Burchardkai (CTB) and Tollerort.

From May onwards, the Taiwanese shipping company Evergreen will also be sending ships of this size to Tollerort.

The recently built CMA CGM Antoine de Saint-Exupéry will be the next ship of more than 20,000 TEU to call on its maiden voyage at the CTB in mid-March.

COSCO ships have been calling at the facility regularly since 1982.

Angela Titzrath, Chairwoman of HHLA’s Executive Board, said: “Our companies have been working successfully together for more than 35 years.

“HHLA has been preparing to handle large ships like the COSCO Shipping Aries for a long time now. We have continuously invested in our facilities, as we have here at Tollerort.

“We want to continue to justify the trust our customers place in us by delivering excellent performance and high-quality service.”

At the celebration, Titzrath also announced that HHLA would be upgrading another berth at Tollerort for vessels with a capacity of more than 20,000 TEU.

Angela Titzrath, joined by Frank Horch, Hamburg’s Minister for Economy, Transport and Innovation, threw a welcoming party with representatives of the shipping company and the Chinese consulate in Hamburg to welcome the COSCO Shipping Aries.

Frank Horch emphasized the close links between Hamburg and China, which sends almost one in three containers that are moving to and from the Port of Hamburg.

Horch mentioned digitization and sustainability as two of the core topics for both countries, and in this context evoked the Green Shipping Line project, which aims to supply container ships in Shanghai and Hamburg with shore-side electricity in future.

After thanking everyone who had contributed to the smooth arrival of the COSCO Shipping Aries, Horch expressed his confidence that planning consent for the dredging of the navigation channel of the river Elbe will take place in the course of 2018, allowing the dredging to begin immediately.

Read more: Horch stated that Hamburg must become a “Port 4.0” for an Industry 4.0 era — the current global trend of automation and data exchange in manufacturing technologies