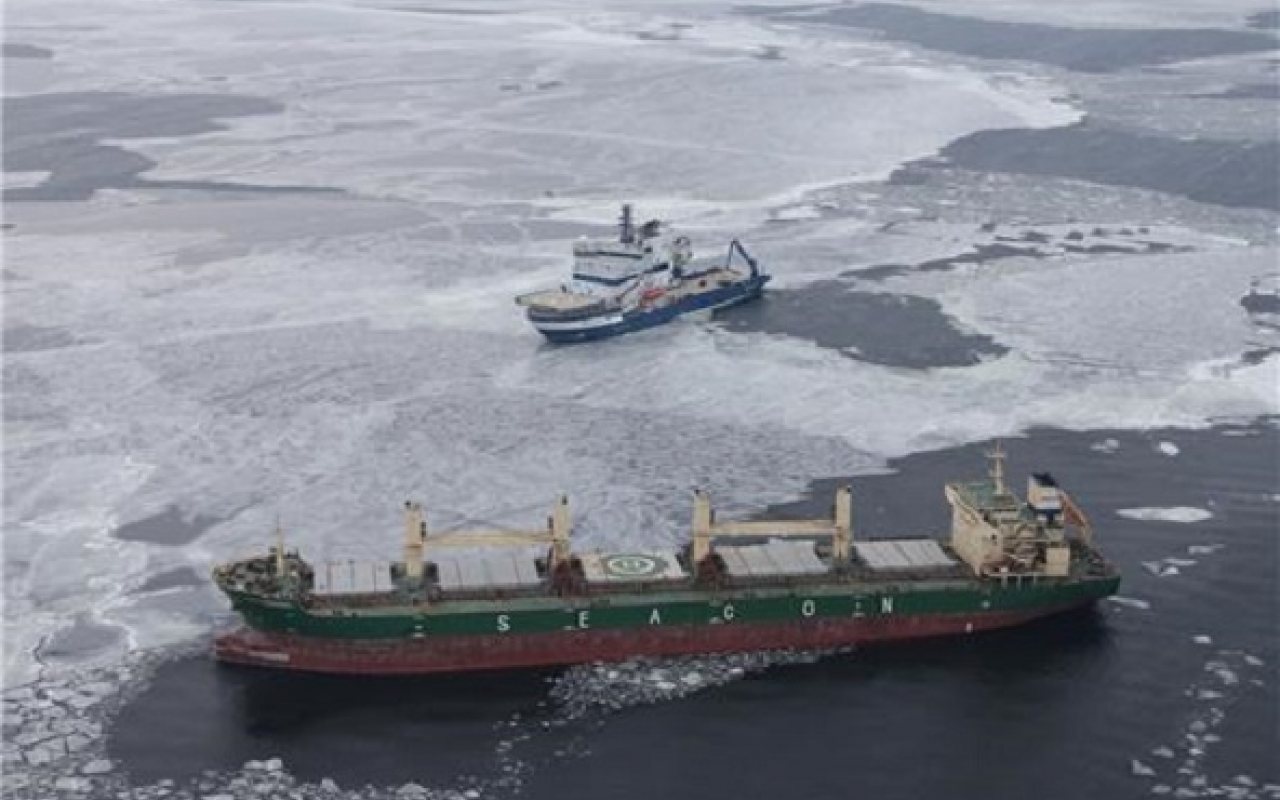 The Finnish Border Guard has reported a successful rescue operation involving a leaking cargo ship in the Gulf of Finland.

Several metres of water leaked into the engine room from the bilge well of the Panama-flagged Glory Hong Kong, a bulk cargo ship, as it was sailing to St Petersburg on March 8, 2018.

Water also leaked into one of the cargo compartments.

However, pumping equipment drained the cargo compartment and the crew stopped the leak between the engine room and the cargo hold.

The Finnish Border Guard stated that there was no oil leak from the ship into the sea at any stage, and that the ship’s crew of 22 were not in immediate danger “at any time”.

Nearly two days after the rescue operation started, the ship’s owners secured a towage contract late on March 9, which meant the Finnish rescue crews could leave the cargo ship.

A commercial operator then tugged the ship to the Port of Tallinn during the night.

In the first announcement about the incident, the Finnish Border Guard reported the crew had closed the engine room doors, preventing the water from leaking into other areas.

It stated: “At this stage, grounding is not suspected. The situation on the ship is stable. Even if the compartment were flooded, the ship does not risk sinking.

“First to respond were Arctia Oy’s icebreaker Nordica, which was located closest to the scene, the Border Guard’s maritime SAR helicopter, as well as patrol vessel Tursas.

“At the time of the incident, the cargo ship flying the flag of Panama was in international waters to the west of Suursaari island.

“The Border Guard maintains immediate preparedness to evacuate the crew and assist the ship in limiting the damage.”

Read more: Another vessel rescue involving a Maersk containership has almost ended after a fire broke out while the ship was in the Arabian Sea