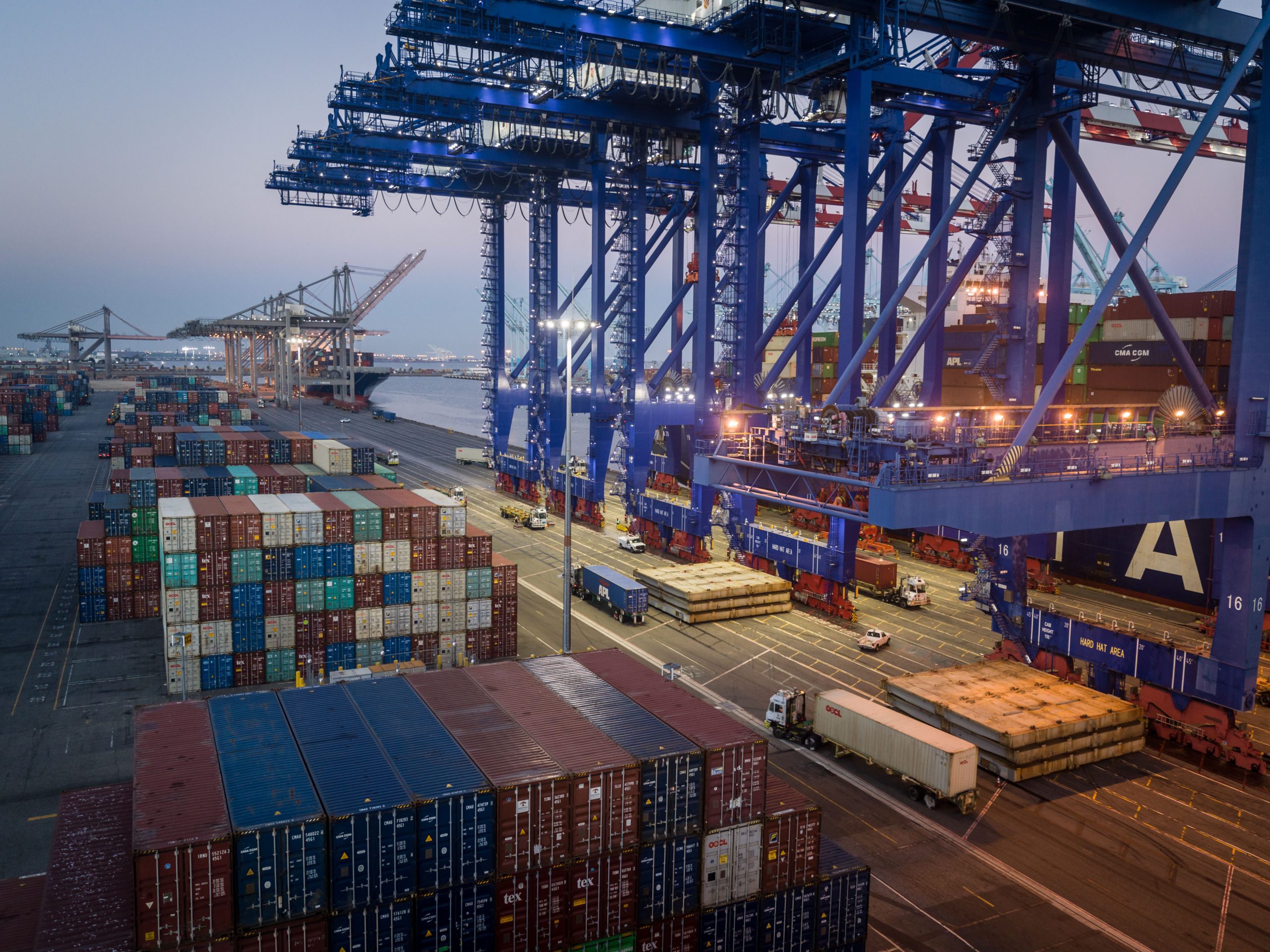 The project was delivered by Midstream Lighting and replaced the original High-Pressure Sodium (HPS) lighting that was implemented in 1997.

This HPS lighting was no longer meeting environmental and operational standards needed at the terminal, which handles approximately 2.9 million TEU per year at Pier 300, Port of LA, USA.

Midstream provided FMS with 906 fixtures in total which FMS said save 2.8 million Kwh per year and should last more than ten years. Midstream said in dollar value the saving of 2.8 million kWh a year equates to enough to buy a new RTG crane every two years.

Through significant annual cost savings in electricity and maintenance, and after incentive rebates provided by the public utility, the project will pay for itself in 15 months.

“In addition to that, there are substantial green subsidies available in much of the world, and we were able to secure them an additional rebate from the local authorities of $750,000,” Midstream told PTI.

The rebates came as the Los Angeles Department of Water and Power was supporting the California Clean Air Action Plan with its CLIP rebate program. The size of this project meant it had the potential to be one of the biggest rebates they ever issued, according to Midstream.

In a statement to PTI, Midstream said, “By investing in higher performance and more durable lighting, customers such as FMS are able to make significant improvements to their performance and sustainability, which has a compounding effect on their ports and terminals, as well as the value of their other investments.

“LED lighting is a great example of a technology that provides a sustainable, empowering model, as well as delivering substantial OPEX savings through reduced energy consumption that increases the CAPEX available to ports and terminals to fund other much needed investments and grow capacity and capabilities.”

Midstream notes that the issues with the old HPS lights were vast including high electrical consumption, short lifespan, high maintenance costs and safety issues because of the failure of the HPS lighting.

Midstream was able to provide FMS with its turnkey solution to retrofit the lighting system in just four months.

Midstream surveyed the site, designed the lighting solution, removed the old manual control system, replaced it with a new integrated system, and installed its LED Atlas Series luminaires. A proprietary product, the Atlas Series has been specially designed to withstand harsh marine environments.

Looking ahead to 2021 Midstream said, “We’ve got a great pipeline of activity, with the biggest projects for 2021 in EMEA and North America. Smart technologies and sustainability continue to be the two biggest drivers of port and terminal improvements in those regions, and we’re well placed to capitalise on both of those trends.”

“The reality is that environmental regulations are becoming even more stringent, and there’s a huge unmet demand from ports and terminals for solutions that comply with national legislation. As we’ve consistently shown, there are technologies available today which provide far more value than legal compliance, and can become profit centres in their own right.”

“LED lighting is a vital step in managing the energy transition and will illuminate the path for many other aspects of port and terminal improvement.”