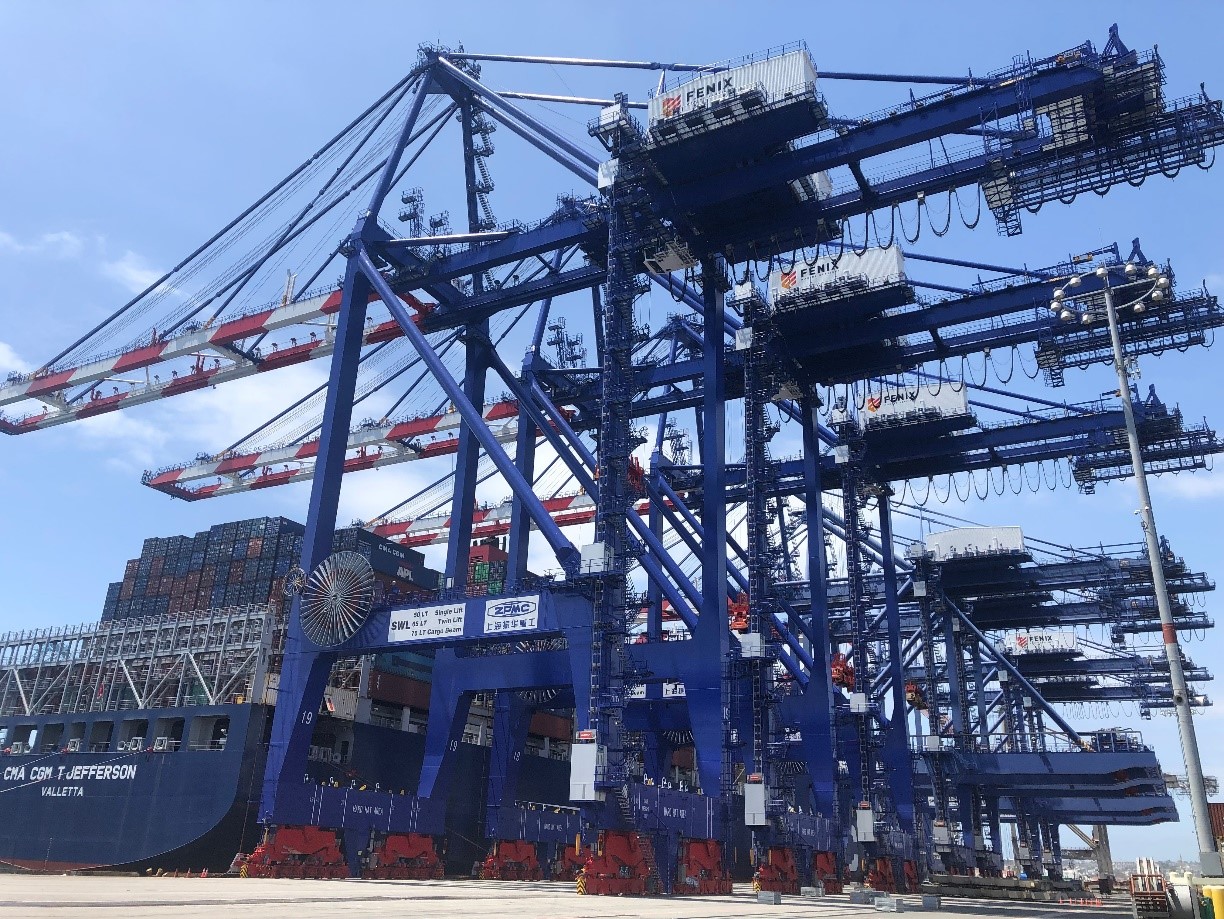 “Since taking over Fenix in 2017, we have invested more than $130m of our own capital in upgrading the terminal to handle bigger ships and increased volumes. We have increased the terminal capacity by over 1 million TEUs, helping alleviate the cargo congestion on the West Coast while maintaining a commitment to safety and environmental stewardship,” said Sean Pierce, President and CEO of Fenix.

“This additional $50m crane investment demonstrates our commitment to our partners at the ILWU, the terminal, and the future growth of the critical Port of Los Angeles gateway. These cranes will increase the reliability and efficiency of our terminal, position us to meet ever-growing volumes, and ensure high productivity.”

Fenix has continued to invest in the Pier 300 terminal to reduce its environmental footprint while improving capacity and service levels for its customers.

The crane investment announced on 30 August serves as the beginning of a more extensive capacity upgrade Fenix intends to undertake with the Port of Los Angeles, an expansion project which will help ease the constrained capacity situation and remove bottlenecks.

Fenix and the Port of Los Angeles have been working over the past three and a half years to develop plans to expand Pier 300 beyond its current boundaries, including new wharves, new acreage and an expanded rail yard.

The expansion is expected to occur on readily available land currently covered by an EIS/EIR. Because these properties are dormant and a permitting process has been completed, this expansion represents one of the quickest, most efficient, and cost-effective ways to expand capacity in San Pedro Bay.

The recent surge in volumes experienced by the Ports of Los Angeles and Long Beach has further demonstrated the need for this project. Fenix is excited and eager to continue our work on this project, and near-term capacity growth can be a reality. Fenix looks forward to working expeditiously with POLA and its union partners to accelerate the project timeline.