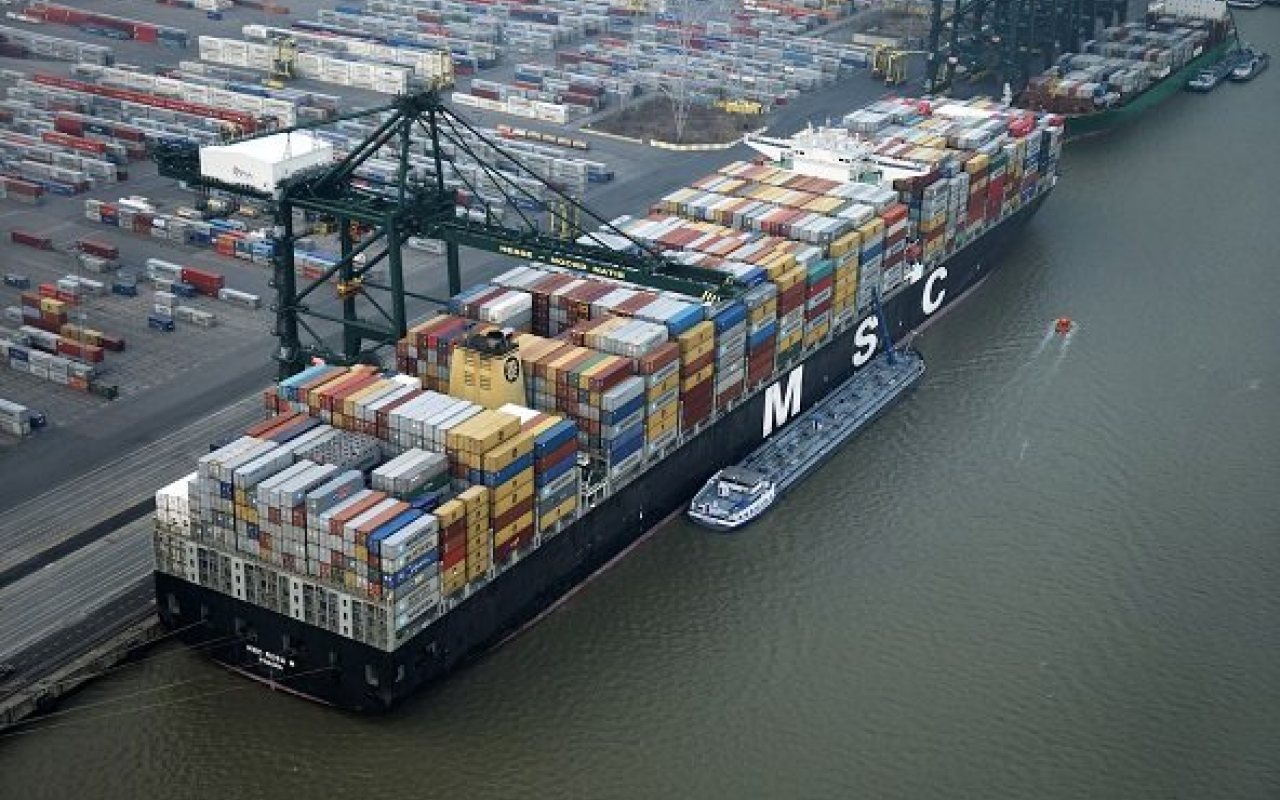 The MSC PSA European Terminal (MPET) in Antwerp, Belgium, has found a new positioning technology that will integrate with its legacy system and control an annual throughput capacity of 9 million TEUs once its expansion is completed.

MPET’s new field-proven technology from Airobot, a company that creates systems to stop collisions and aid navigation and positioning, will use multipath mitigation to combat the many GNSS reflections caused by all the metal containers.

Airobot is providing a SC-PSA-GNSS unit (pictured below) that uses an integrated AsteRx-m global navigation satellite system (GNSS) receiver from Septentrio NV — a designer and manufacturer of the technology.

It also combines satellites from the American GPS and Russian GLONASS systems to provide a solution close to the quay cranes.

The terminal will be able to support its growth from the Delwaidedock on the right bank of the river Schelde to the Deurganckdock on the left bank by tracking container operations with submeter accuracy through the European Geostationary Navigation Overlay Service (EGNOS) — the first pan-European GNSS network,

EGNOS augments the US GPS satellite navigation system and makes it suitable for safety-critical applications such as flying aircraft or navigating ships through narrow channels.

When fully moved and operational, PSA DGD / MPET Left Bank will feature a total of 41 quay cranes across 10 berths, 200 straddle carriers and a quay length of 3,550 metres.

Douwe Witteveen, Senior Project Manager at PSA MPET, said: “For this project, we were looking for a positioning solution that was compatible with the solution that has been in use on the terminal since 2008.

“We need to accurately know where every container is picked up and dropped off without interfering with the actions of the driver.

“Based on sensors in the vehicle, the GNSS unit must detect a pick-up or drop-off and provide a position to our system.

“Unfortunately, the receivers used previously were no longer available, so we needed to find someone who could make a new custom integration fast.

Jan Leyssens, Managing Director at Airobot, commented: “Airobot was selected by MPET to create a solution for them within a record time.

“We started discussions about the requirements in January and have delivered 100 units in less than four months’ time.

“Fortunately, we have a lot of experience integrating GNSS technology into our drone solutions, so we could act fast.

“We also listened to the people in the field to make sure the unit is easy to install and existing cable installations could be used.”

Read more: MPET recently ensured that more than 150 Konecranes Noell Straddle Carriers will continue to be serviced after signing a deal with Konecranes' Antwerp-based service organization