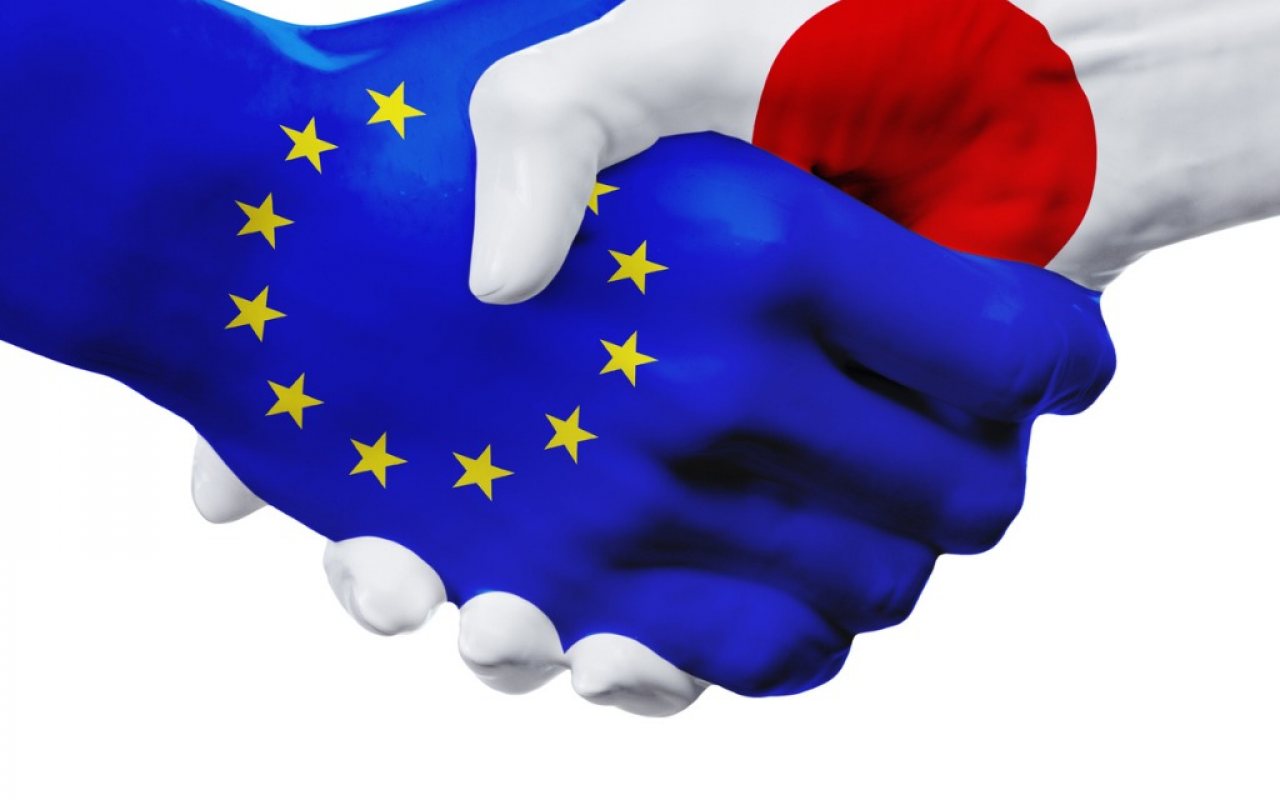 The EU and Japan created the world’s biggest free trade zone recently by agreeing to cut 99% of tariffs on the products they trade.

The EU-Japan Economic Partnership Agreement will cover more than 600 million people and account for a third of the world’s economy.

The deal was largely agreed in late 2017 but was only signed on Tuesday 17 July, 2018 because Japan Prime Minister Shinzo Abe cancelled a visit to Brussels in June after landslides in south-west Japan killed more than 200 people.

The deal still has to be ratified by both houses of parliament.

Japan is the EU’s seventh biggest trade partner – the EU exports more than US$100 billion worth of goods to Japan a year – and this deal could help protect both sides from the ongoing tariff war.

As well as the ongoing trade war with China, the US recently threatened to sanction European companies who do business with Iran, having already levied tariffs on imports of steel and aluminium from the EU.

The US also withdrew from the Trans-Pacific Partnership (TPP), one of Donald Trump’s first executive orders, in January 2017.

Japan ratified its successor, the Comprehensive and Progressive Agreement in March 2018.

Speaking about the EU-Japan trade deal, Jean Claude Juncker, President of the European Commission, said: “The impact of today's agreement goes far beyond our shores. Together we are a making, by signing this agreement, a statement about the future of free and fair trade.

“We are showing that we are stronger and better off when we work together. And we are leading by example, showing that trade is about more than tariffs and barriers. It is about values, principles and finding win-win solutions for all those concerned.”

President of the European Council Donald Tusk said: “Politically, it’s a light in the increasing darkness of international politics. We are sending a clear message that you can count on us.

“We are predictable – both Japan and the EU – predictable and responsible and will come to the defence of a world order based on rules, freedom and transparency and common sense. And this political dimension is even more visible today, tomorrow, than two months ago and I am absolutely sure you know what I mean.”