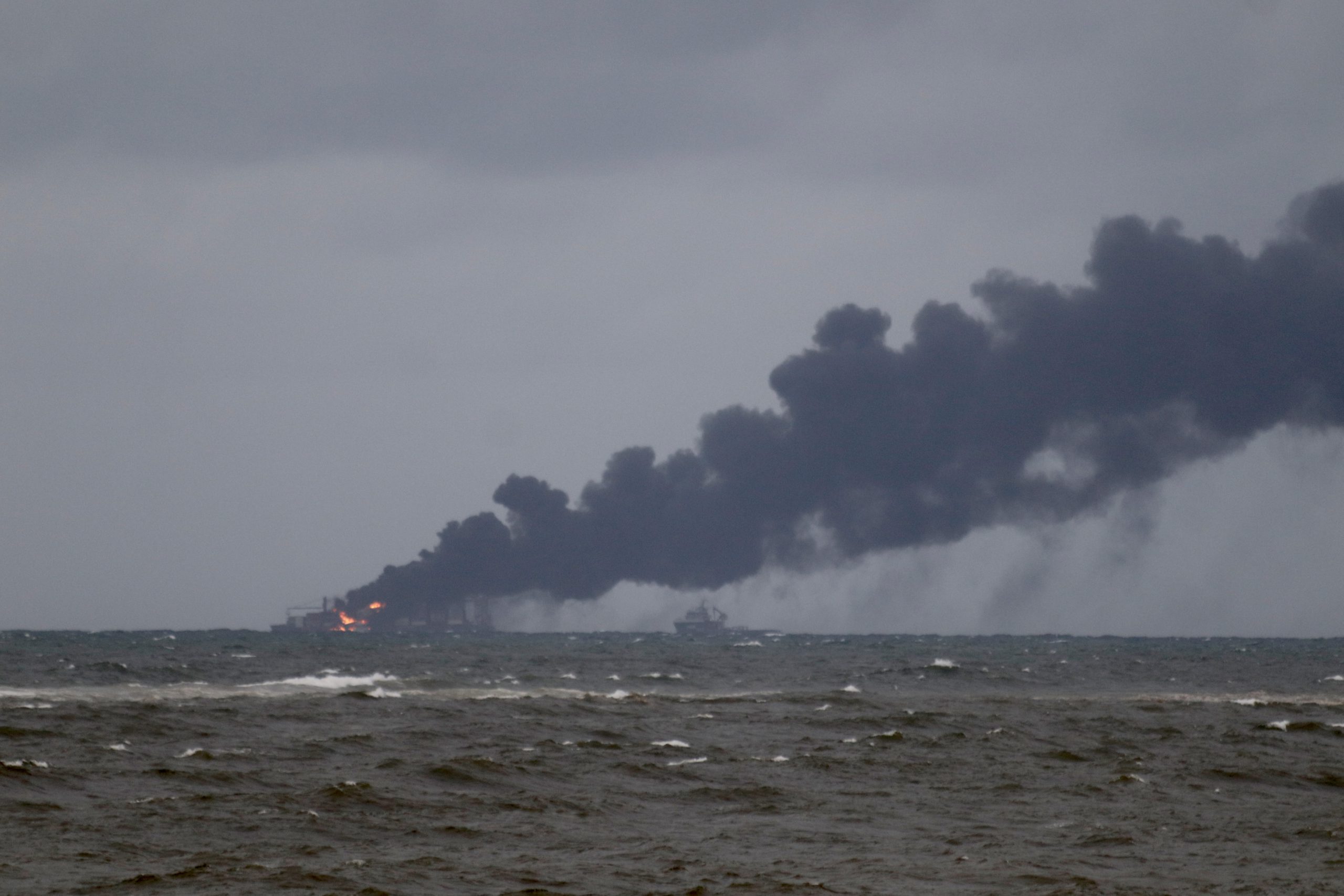 Environmental technologies and solutions are high on the agenda for many in the maritime industry, however the sinking of the X-Press Pearl off the coast of Sri Lanka shows how difficult it is to predict and prevent environmental catastrophes.

Yes, the industry has made many great strides in cutting pollution and continues to invest, but disasters such as this show how devastating gaps in the supply chain can be and that is it is critical to improve packaging and storage processes.

Additionally, it tends to give the maritime industry a bad environmental reputation with images of debris being washed up on beaches, wildlife in danger and the human cost of such incidents in the mainstream spotlight.

The fire on the 2,700 TEU X-Press Pearl has caused cargo, such as plastic pellets, to wash up on the shore of Sri Lanka, near Colombo, and there is also fear of an oil spill from the vessel as it sinks below the surface.

Despite the widely discussed pollution risks, X-Press Feeders said there is “no sign of debris” or reports of oil pollution as of 0700 Sri Lanka local time on 4 June. The vessel owners also confirmed that salvors remain on scene to deal with any possible debris supported by the Sri Lankan Navy and the Indian Coast Guard, who have oil spill response capabilities on standby.

The fear is that an oil spill could be both an environmental and economic disaster for the local population which in parts is heavily reliant on the fishing industry.

But are cases like this avoidable? It seems not so easily, some have concluded that human error has come into play when packing the cargo of the vessel and that there is little digitalisation or more regulatory authorities can do.

Incorrectly packaged nitric acid is believed to be the cause of the fire that caused the vessel to burn for two weeks before it started sinking.

Kris Kosmala, Strategic Advisor, BunkerMetric, told PTI that there is no easy way to prevent it happening again. Digital technologies and tighter regulation may be futile in preventing such events.

Maritime insurer TT Club noted that the mishandling of dangerous goods is a continuing challenge.

Regulation and education surrounding the regulation appears to be one pathway to attempting to avoid these incidents in the future.

In June already we have had a flurry of announcements from the likes of A.P Moller Maersk (Maersk) which has launched an emissions dashboard to cut carbon in the supply chain and has also called for a tax on ship fuel to accelerate green innovation.

In an online update on 3 June, Soren Skou has proposed a tax of $450 per tonne of fuel to “bridge the gap between the fossil fuels consumed by vessels today and greener alternatives that are currently more expensive”.

Alternative fuels are growing in popularity and the practical setup of a hydrogen exchange has been taken one step closer following research conducted by Gasunie and the port authorities of Rotterdam, Amsterdam, Groningen and North Sea Port.

The research found that to set up a hydrogen exchange in the country, named HyXchange, hydrogen certification and an index for price transparency would be a necessity to trade the renewable fuel.

Finally, Pecém Complex has signed a Memorandum of Understanding (MoU) with Eco Wave Power (EWP) for a wave energy power station at the Port of Pecém. The MoU will see parties will liaise on the construction, installation, and operation of wave energy from Eco Wave Power technology at the Brazilian port.

Keen focus is clearly being put on alternative energy solutions but avoidance of one-off environmental disasters like the potential of the X-Press Pearl seem to be more of a head scratcher.