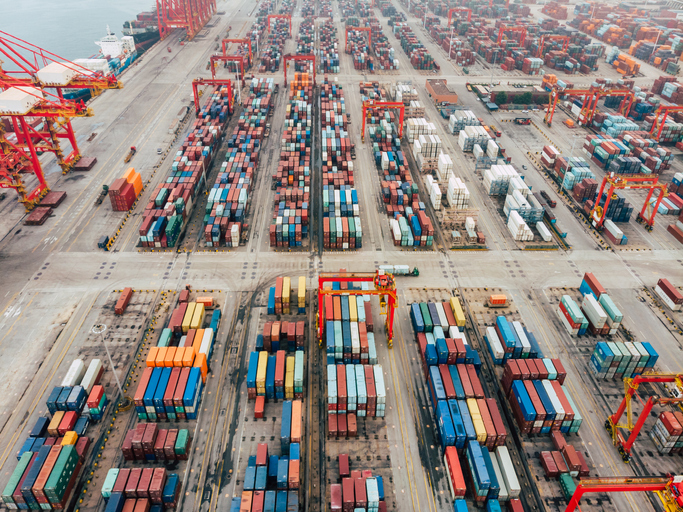 Emerging technologies ranging from blockchain to 5G have taken the headlines in industry this week as port communities seek to improve services for the supply chain.

As digitialisation continues to garner attention at national and intra-national levels, industry stakeholders are at the forefront of harnessing new capabilities to streamline global trade services.

“There is no other industry that can allow such a massive impact using a single implementation,” Ruschin said, referring to electronic- Bills of Lading (e-B/L) projects with MSC and ZIM Integrated Shipping Services (ZIM), the latter WAVE BL has had in place since 2017.

These agreements mean approximately 20% of containers moved around the world are done so using an e-B/L and this makes implementing blockchain easier in maritime, according to Ruschin.

Many carriers have “migrated most of their activities” to “digital experiences”, including e-B/Ls. “No other industry has been as fast to adopt blockchain,” Ruschin claimed.

Meanwhile, A.P. Moller-Maersk (Maersk) has announced the first significant expansion of TradeLens into China after it signed a partnership with China Unicom Digital Tech, a subsidiary of China Unicom.

In a statement, the carrier said the roll-out will ensure the provision of fully integrated, real time and consistent view of logistics data for containerised freight around the world.

An overriding view during PTI’s webinar on ‘Achieving Sustainability through Autonomous Automation and Supply Chain Collaboration’ was that ports need to make better use of the data they collate and utilise AI to make operations more efficient, connected and sustainable.

Dr Rafiq Swash, Founder of AIDrivers, claimed that sustainability can only be achieved if ports are constantly able to identify areas of improvement, which AI can enable them to do.

He explained, “True sustainability is being able to identify improvements and AI can help solve problems which cannot otherwise be solved by mathematical models or traditional ways of engineering, where data is not as accessible and a lack of understanding of the operation’s complexity.

“AI can provide the ability to deliver the service demands,” Swash added.

The company announced in April that it will deliver a 5G Standalone (SA) private wireless network at its Hyvinkää smart factory, delivered in partnership with Nokia and Edzcom.

In an interview with PTI, Juha Pankakoski, Executive VP of Technology at Konecranes, said the private network –– which will go online in Q2 2021 – is the latest step in a three-year partnership with the group.

“Standardisation work for the 5G SA networks has been completed and the utilisation of these networks can begin in Konecranes’ R&D networks and programs,” Pankakoski told PTI.

The Port of Rotterdam Authority has called for an overhaul of legislation to make electronicBills of Lading (e-B/L) a useable tool in the container shipping industry, following a successful pilot scheme with the Port of Singapore to explore the technology’s potential.

While Singapore has already done so, the Port said in the Netherlands it is working to develop the innovation via various pilot projects with industry partners, including the Dutch Blockchain Coalition, Spark! Living Lab and 2Tokens.

The Digital Container Shipping Association (DCSA) estimates that a 50% adoption of e-B/L within the sector could yield savings of more than $4 billion every year.