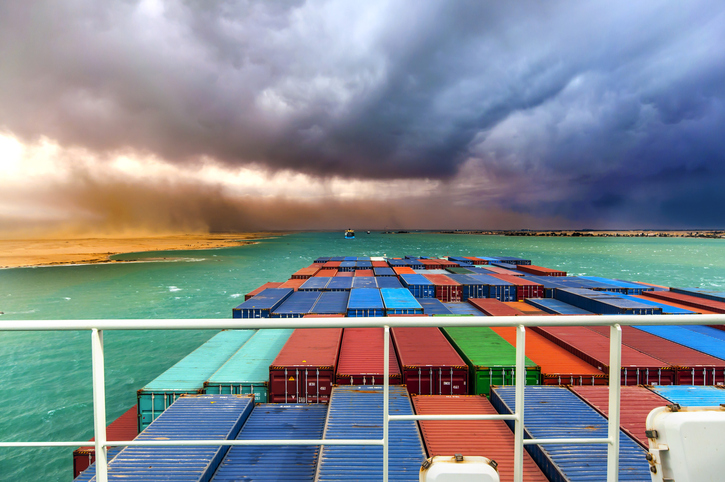 The Egyptian government has accelerated plans to widen and deepen the southern end of the Suez Canal following the six-day obstruction caused by the mega-ship the Ever Given in March 2021.

The area of the canal between the city of Suez and Bitter Lakes will be widened by 131 feet eastwards and deepened from 66 feet to 72 feet.

President Abdel Fattah el-Sisi approved the expansion of the southern end of the canal on 11 May 2021 after a visit to the Suez Canal Authority (SCA) headquarters in Ismailia, Egypt.

In a television address, the SCA Chairman Osama Rabie said the expansion will lead to “improvements in the ability of the SCA and the captain of any ship to navigate inside the canal”.

It will be the second such expansion of the Suez Canal in recent years. In 2015 the northern end was widened and deepened to maintain its status as a major shipping lane.

The obstruction in March led some experts to suggest that the canal was not capable of receiving the largest vessels in the world, some of which can carry more than 22,000 TEU, and that an expansion was needed to prevent a similar blockage in the future.

However, Lars Jensen, CEO, Vespucci Maritime, told PTI that the blockage did not cause the SCA to expand the canal but rather made accelerate its plans.

“It [the obstruction] did not in itself imply there was a larger structural risk involved. There are no indications that vessels ‘have gotten too large’ as some have speculated.

“An expansion of the Canal is therefore mainly to be seen from the perspective that this would reduce and already low risk further as well as, potentially, also lower the impact of any similar events in the future.

“The Canal Authorities already expended that northern parts of the canal a few years ago, and hence it would also appear that it was only a matter of time before the southern parts would get expanded, and hence the incident likely just accelerated that point in time.”

More than 300 vessels were held at anchor for six days when the Ever Given ran aground at the southern end of the canal on 23 March 2021, and many more diverted their voyages around the Cape of Good Hope.

At the time of writing the Ever Given is being held in the Great Bitter Lakes pending a compensation claim brought by the SCA against owners.