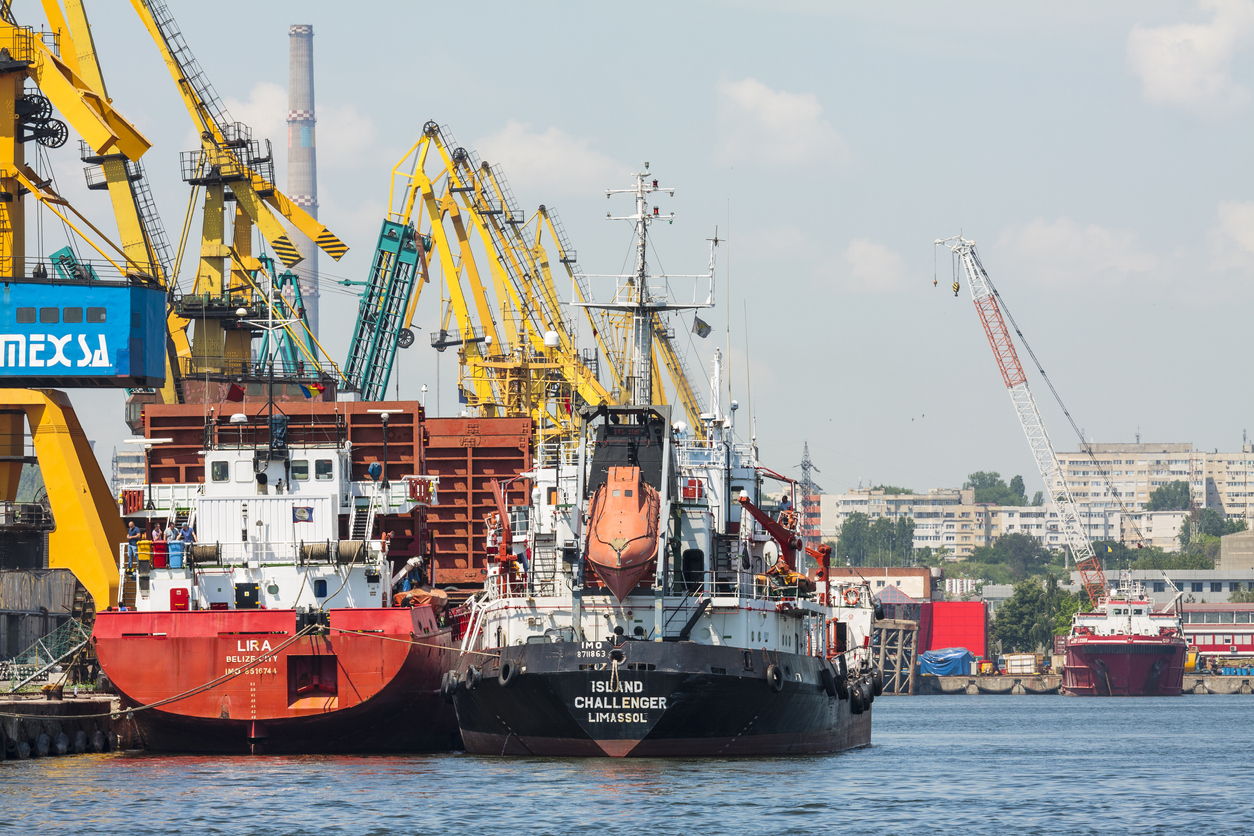 Ports in Eastern Europe have identified alternative export routes to help boost Ukraine’s cargoes, as the war with Russia rages on.

Ukraine closed all its ports on 24 February, when the Russian invasion started.

With Russia and Ukraine together supplying about 30 per cent of the world’s grain, it has become increasingly urgent to identify alternative ways to export Ukraine’s agricultural goods as well as improve import supplies to keep its economy running as normally as possible.

The Port of Costanta has proved vital since the start of the war serving as key hub for Ukraine cargoes. However, increasing congestion at the port prompted carrier Maersk to adopt emergency measures to keep supply chains moving as much as is operationally feasible.

To alleviate the congestion, Maersk decided to activate its Safiport terminal in Turkey.

According to reports, Romania has already facilitated the export of more than 1 million tons of Ukrainian grain since the war began.

Since Russia’s invasion, the Port of Giurgiulesti in Moldova has also been helping get grain and fuel in and out of neighbouring Ukraine.

The port, located at the confluence of Danube and Prut rivers, has witnessed an astonishing surge in cargo volumes as it became a key supplier for war-torn Ukraine: volumes more than doubled in the first half of this year.

“Today, not only does Giurgiulesti Port safeguard supply chains for Moldovan importers and exporters, but since the start of the war on Ukraine it has also played a key role in helping to uphold supplies to and from Ukraine,” said Alain Pilloux, Vice-President at the European Bank for Reconstruction and Development.

The Ports of Varna in Bulgaria together with other facilities in Poland and Lithuania are also developing transit corridors from Ukraine, which only recently regained control of the key outpost on Snake Island as its port operations could now possibly resume.

Snake Island is strategically located south of Ukraine’s major Port of Odessa in the Black Sea.