E-commerce drives the Port of Baltimore to break operational records 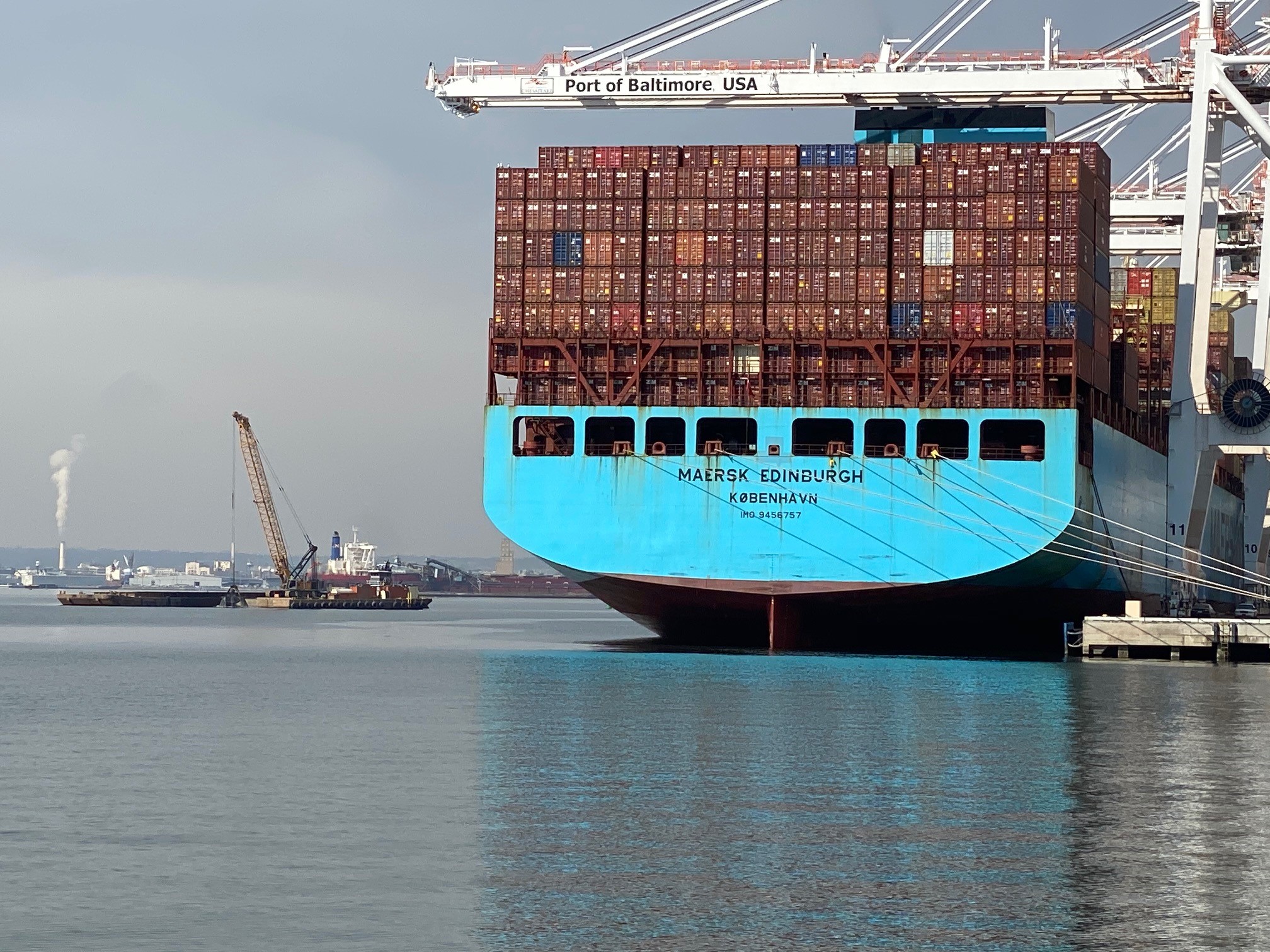 The Port of Baltimore broke an operational productivity record during the call of the ‘Maersk Edinburgh’ when longshoremen made 6,000 container moves, the most in its 315-year history, thanks to increase in e-commerce sales.

In a statement, the Maryland Port Administration (MPA) said the record was set at the Seagirt Marine Terminal between the 8-11 February 2021.

It also said the record was part of a notable rebound in container volumes at the Port, which slumped substantially during the COVID-19 pandemic.

In December, TEU volumes at the Port were 12% on their performance in the Spring and up 6% year-on-year (YoY), the third consecutive month of growth.

“The Port of Baltimore is surrounded by many of the region’s distribution, fulfillment and sorting centres,” Doyle said.

“With consumers making more online purchases during the pandemic, that’s resulting in strong container gains for us.”

The recent container volume increases include 13 ‘ad hoc’ ship calls since mid-July totaling nearly 18,000 Twenty-foot Equivalent Unit (TEU) containers. Ad hoc ships are vessels that were diverted to Baltimore that were not on a regularly scheduled service.

The Maersk Edinburgh has a capacity of 13,092 TEU. Maersk Line is a member of the 2M shipping alliance with Mediterranean Shipping Co., which also includes a strategic cooperation slot sharing arrangement with another global shipping line, ZIM Line.

Ships such as the Maersk Edinburgh can call on the Port of Baltimore because of infrastructure that accommodates some of the largest vessels in the world.

As part of the Port’s public-private partnership (P3) with Ports America Chesapeake, construction for a second, 50ft-deep berth at the Seagirt Marine Terminal is moving forward, the MPA said.

The additional berth will allow the Port to handle two supersized ships simultaneously. As part of that project, four additional Neo-Panamax cranes are scheduled to arrive in July and will be operational later this year.

MDOT Secretary Greg Slater, commented, “The infrastructure investments we and our partners made at the Port over the past decade have proven critical in maintaining Maryland’s supply chain during the pandemic.

“Looking ahead, we know the investments we’re making now will lay the foundation for the state’s continued economic recovery and vitality.”