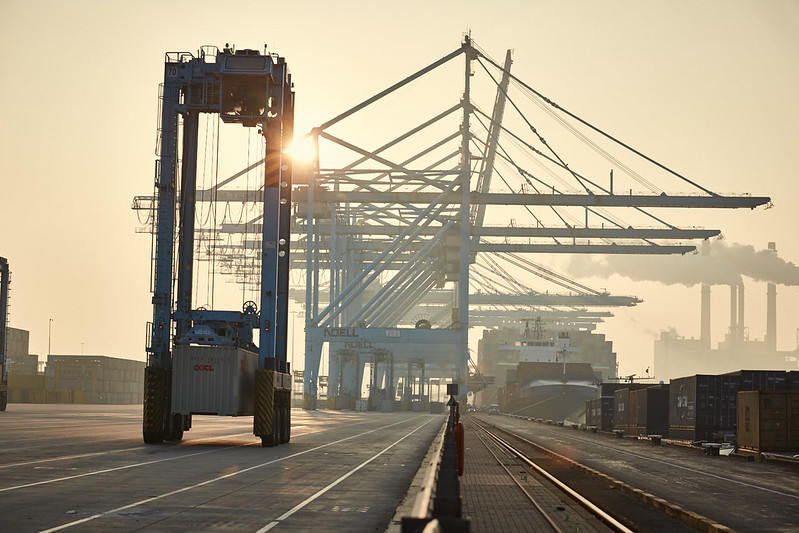 The acquisition will take place via container terminal operator ECT, a subsidiary of Hutchison Ports Netherlands.

“And that competition will be stimulated further by the strong position of large shipping companies. Competition results in competitive prices, high-quality service, and innovation. The acquisition will only lead to a small change in the competitive landscape.”

As a result of the acquisition, APM Terminals Rotterdam will become a part of the group to which ECT also belongs. ECT owns the ECT Delta terminal and the ECT Euromax terminal.

In its investigation, ACM primarily looked at competition between terminal services for containers that are directly shipped to destinations elsewhere in Europe.

Many containers are shipped from the Port of Rotterdam to destinations in, for example, Belgium, Germany, and France, either by trucks, trains, or barges.

ACM’s investigation reveals that the market share of the group to which ECT belongs will increase only slightly as a result of the acquisition. That is why there are no significant consequences for competition.

The ACM said maritime shipping companies are positive about the acquisition, and expect it to result in additional capacity. The terminal-services companies, too, expect that the acquisition will intensify competition.

With any merger, acquisition, or joint venture, there is a question of whether sufficient competition will remain on that market. Competition ensures that products are of high quality, and that they are offered on the market at competitive prices.