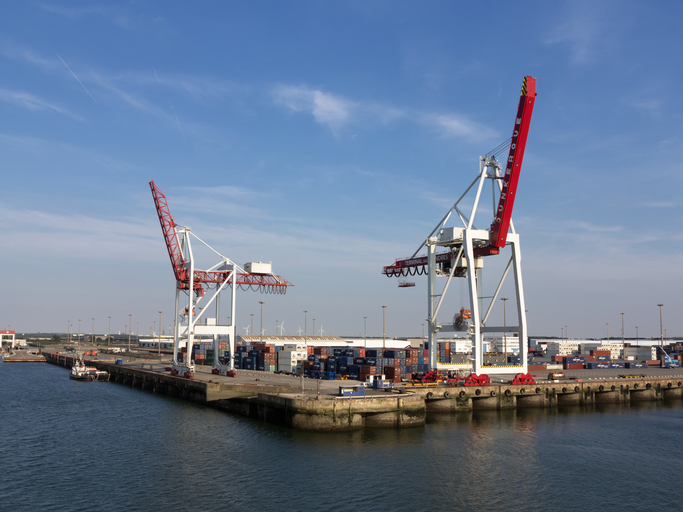 The Port of Dunkirk aims to become the premier transshipment port in France as container handling figures continue to rise.

Dunkirk has seen a threefold increase in box numbers since its container terminal – Terminal Des Flandres (TDF) – was brought under operation from CMA CGM’s Terminal Link in 2010.

Dunkirk, ideally located with direct links to the UK and Ireland, recently launched a container transshipment service from the port to Bristol and Liverpool, allowing a full connection with the British Isles and complementing current services.

At a press conference this week, Daniel Deschodt, Deputy Chief Executive and Chief Commercial Officer, commented, “When we examine figures, we can see container growth is guaranteed thanks to an increase in hinterland traffic. Goods are unloaded at Dunkirk and fed towards the British Isles and Ireland.

“The growth is a commitment we have taken on the side of our customers like CMA CGM to become the number one transshipment port in France.”

“Brexit should not prevent us to continue trading [to the UK],” added Maurice Georges, Chief Executive of Dunkirk Port.

“Our container services connected to British site allows us to be the top transshipment port, which is key to the development of marine traffic.”

The port aims to reach 750,000 TEU for 2022, and has outlined infrastructural investments to boost its capacity in the coming years, spearheaded by its CAP 2020 project.

A key development in the €13.8 million ($15.8 million) project is the extension of the Flanders Terminal quayage, work of which began in 2021. By 2028 the port aims to double container capacity to between 2-3 million TEU.

“Our Flanders terminal will have reached physical limits by 2027,” explained Georges. “Our expansion projects will allow us to berth the largest ships in the world. We need to look for new customers in the container sector, and the number of calls [from major carriers] will increase if we support operators and work closely with customers.

“The Port of Dunkirk needs to be a major link in the performance of logistics chains; a tool for economic development; an accelerator of the ecological transition; and a driver of innovation and digital transitions.”

Terminal Link owns 91% of TDF and the is remainder owned by the Port de Dunkerque.