Drewry: Where Are Hanjin Ships? 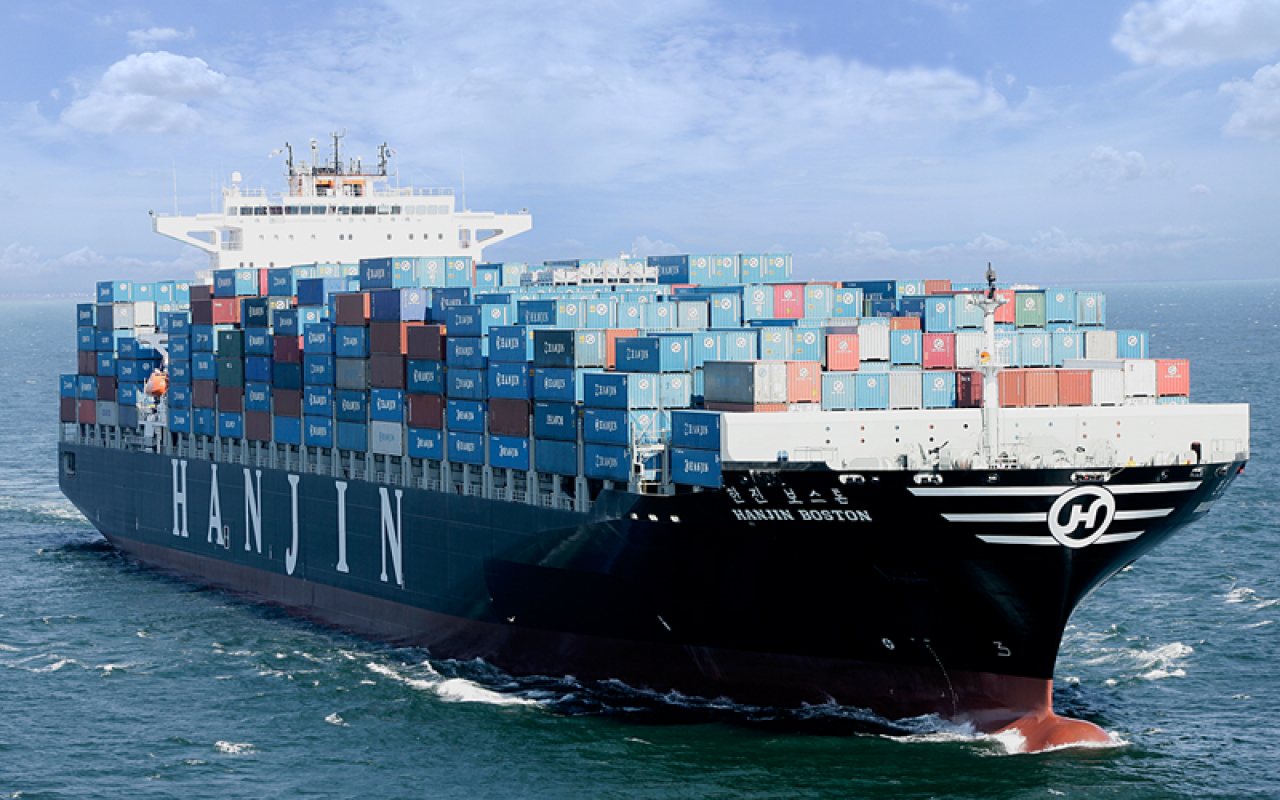 Drewry has questioned where more than two-thirds of all the Hanjin Shipping operated containerships have gone since remaining inactive. So far, sales of Hanjin vessels have netted $460 million in auction houses with more to follow.

The collapse of Korean shipping group Hanjin Shipping on August 31, 2016, exposed the frailty of container lines in an era of ultra-low freight rates and caused panic among cargo owners with assets aboard their ships.

Drewry explained that an immediate impact could be seen on the containership idle fleet, which surged after Hanjin’s demise when 98 ships with an aggregate capacity of around 610,000 TEU suddenly were left without employ. The idle fleet went from 904,000 TEU in mid-August to 1.7 million TEU in mid-November.

According to the consulting service, the declining stature of the idle fleet from December onwards is in large part due to some of those ex-Hanjin ships being re-chartered. At the time of writing (January, 27, 2017) research by Drewry shows that four vessels of 15,000 TEU in total have been scrapped, two of which were owned by Hanjin and none older than 20 years, while another 31 ships (134,000) have found new service elsewhere.

Only one of those ships that have found new operators was previously owned by Hanjin, the 4,275 TEU Hanjin Durban (now KMTC Chennai). Non-operating charterers such as Danaos, Kmarin, and Seaspan have managed to find replacement lessors for 30 ships so far, presumably at considerably lower daily charter rates than Hanjin was paying.

Maersk Line has shown the biggest appetite for the former Hanjin fleet by chartering 11 vessels of 77,000 TEU, the largest being two 13,000 TEU units (Hanjin Africa and Hanjin Harmony) that were sold at auction to unnamed buyers in December for around $131 million apiece, according to unconfirmed media reports. Maersk is deploying the vessels (renamed Maersk Emerald and Maersk Ensenada respectively) in the 2M Alliance Asia-Europe network.

There remain some 63 ex-Hanjin ships with close to 460,000 TEU worth of nominal capacity that are parked up. These include Hanjin Europe, one of the three 13,092 TEU units sold in December by Peter Döhle Schiffahrts-KG, which was originally listed as Hanjin-owned. Another six sisterships with similarly opaque ownership will be auctioned off next month.

Drewry believes that at least eight vessels should be back on the water fairly quickly.

KMTC in December paid $5.3 million apiece for the purchase of four Hanjin-owned 4,275 TEU units, of which it has currently only put one into service in the Intra-Asia trade.

At the same time, the Korean Samra Midas (SM) Group acquired five ex-Hanjin owned 6,655 TEU units as part of a $23 million deal for the bankrupt line’s Transpacific assets, which it intends to operate in the same trade possibly as soon as March via a newly formed subsidiary unit SM Lines.

A previous plan for a different subsidiary, bulk operator Korea Lines, to run the new container business was vetoed by SM shareholders. SM has been touted for more purchases of ex-Hanjin assets to expand its container operations to the Intra Asia market.

The other confirmed sale of Hanjin-owned ships involves Seaspan Corporation paying about £21 million for four 4,275 TEU units, which according to its website it has yet to find a charter party to take over operations.

Accounting for the less than transparent ownership details, Drewry estimate that there remains up to as much as 150,000 TEU of Hanjin-owned ships that is still for sale.

Drewry stated: “With such a glut of containerships already available and limited demand growth it is debatable just how big a market they can attract even at knock-down prices.

“The biggest and youngest ships are likely to have the biggest pull.

“It clearly takes more than a few months to strip the carcass of a dead shipping line and we expect many of the former Hanjin ships to occupy the idle fleet for some time to come.”

Note: All sales took place in December 2016 and prices are unconfirmed and based on a variety of sources
Source: Drewry Maritime Research