In the latest insight report by Drewry, the shipping consultants take a look at the Port of Rotterdam’s Maasvlakte II terminal and how long it has taken other new terminals to get up to speed.

PTI previously reported that the Maasvlakte II container terminal had officially opened during a ceremony that included around 500 industry executives.

After 10 years of development, the Maasvlakte II facility, has expanded Rotterdam’s total space by 20% and has the potential to add 10.8 million TEU capacity per annum at full build out.

Drewry believes that competition between the new and existing terminals will be fierce and there will be an inevitable shake-up of customers in the port’s terminals.

Ownership structures will play a big part in what services go where. RWG has APL, MOL, Hyundai and CMA CGM as shareholders, the first three of which are members of the G6 Alliance, while the latter is part of new Ocean Three group with CSCL and UASC.

Drewry has seen some fast growing emerging markets where terminal capacity is tight, where new terminals have been filled up very quickly by market growth and pent up demand.

However, in mature markets, a new terminal cannot be expected do this and has to win market share from existing players – which usually takes time (for example London Gateway and Wilhelmshaven).

In some cases fast ramp ups have been possible because old terminals or ports have been closed down and traffic transferred to new facilities e.g. Barcelona, Khalifa and Oman). In the extreme cases (e.g. Cai Mep in Vietnam), too many new terminals are built and so some fail to get any traffic at all (so far) or see early gains lost very quickly.

Drewry View: History suggests full utilisation will take some time but the new Maasvlakte II terminals will probably not have to wait long to see the transfer of large portions of traffic due to direct and indirect shipping line shareholder connections. 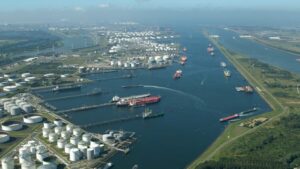 Port of Rotterdam kicks off study into ammonia cracker 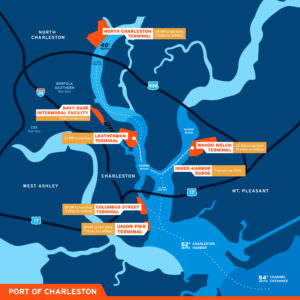