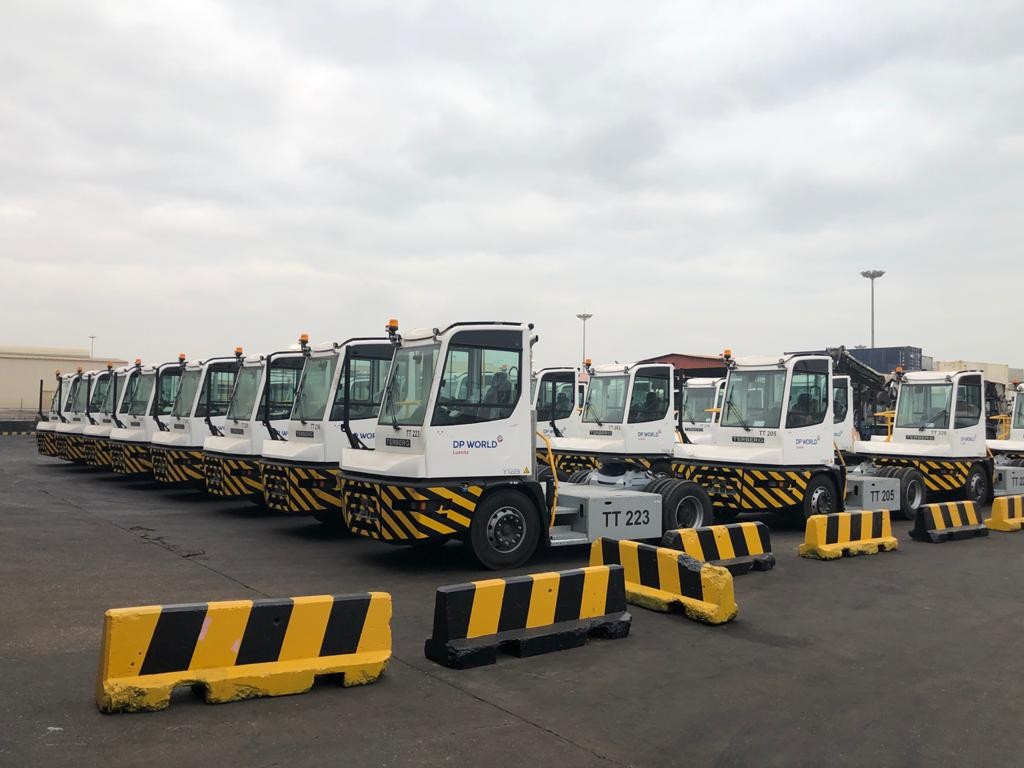 DP World Luanda has acquired a fleet of 30 new high-performance tractors as part of its investment to modernise the Multipurpose Terminal (MPT) at the Port of Luanda and further operational efficiencies.

The arrival of the tractors follows the start of operations by DP World Luanda, on 1 March 2021, after it was awarded a 20-year concession to manage and operate the MPT.

Since then, DP World Luanda has implemented a number of projects and initiatives, as part of its $190 million investment over the term of the concession, to transform the terminal into a modern and efficient port facility to help the country achieve its economic growth ambitions.

The tractors, being the latest generation Terberg YT223, will be used within the yard area of the MPT to move semi-trailers to and from the terminal for loading and unloading.

Featuring a more powerful engine, efficient fingertip controls and smoother suspension, these vehicles will prove vital to improving efficiency at the terminal.

With the accompanying training programs, employees will benefit from new skillsets as well as improved working, safety, and environmental conditions following the introduction of these vehicles.

In the coming months, DP World Luanda, will also receive a range of new equipment that will improve the MPT’s operational capacity and efficiency across the board, including six reach stackers, four empty shipping container handlers, four forklifts as well as new Rubber Tyred Gantry (RTGs) cranes, which will be the first of its kind to be used in Angola.

Beyond physical infrastructure and yard equipment, DP World Luanda also has a strong focus on technology and digitalization to enhance operations and has recently implemented its CARGOES TOS+ (Zodiac) solution, an integrated IT platform.

Francisco Pinzón, CEO of DP World Luanda, said, “We have made good progress over the past four months across various areas of our operations, to transform the MPT into a world class facility, to provide our customers with a seamless and efficient service, grow trade and position Luanda as a key trade hub along the western coast of Southern Africa.”