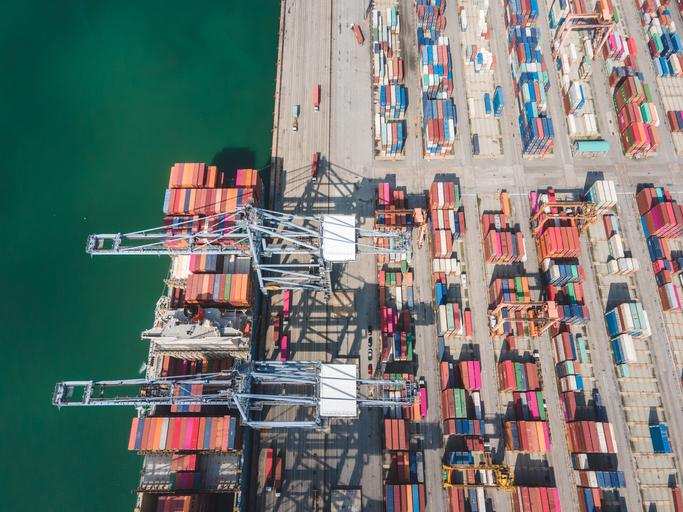 Stakeholders across the maritime sector have accepted an invitation to co-create a global digital ISO (International Organization for Standardization) standard for data exchange in an industry breakthrough.

Announced on 5 March, the ISO (the body composed of actors from national standards organisations) standard will aim to relieve ships of exchanging differently structured datasets with port communities and its supply chain.

By standardising data exchange processes, making them compatible and interoperable, ports will benefit from granular and real-time information on scheduled port calls from the shipping sector.

Vessels will more easily able to be able to communicate using Application Programming Interfaces (API) – a software platform where two ‘apps’ can speak to each other – with ports on shipping schedules, cargo holds, and delays and cancellations.

No nation left behind

The breakthrough comes following industry lamentation that many nations – particularly in the southern hemisphere – are being left behind in the race to digitalise operations.

The FAL Convention made it a requirement for all members to exchange electronic information between ships and ports from 8 April 2019.

The invitation to co-create the standard, which was sent by NGO industry leaders including Jeppe Skovbakke Juhl (BIMCO), Patrick Verhoeven (IAPH), and Ben van Scherpenzeel (ITPCO), puts forward the proposal to co-create a single and neutral supporting technical standard under ISO Technical Committee 8 – for ships and marine technology – for administrative and operational data.

The Committee, which will take responsibility for defining the information exchange needs and APIs between ship and shore, will continue the work on the alignment of ISO 28005 to the IMO Compendium.

ISO 28005 is the standard for security management systems for the supply chain on Electronic Port Clearance (EPC).

The specification and standardisation work will be done in an ISO working group with parallel updating of the IMO Reference Data Model.

The draft standards will go through the normal ISO process, with eventual approval by the member organisations to ISO TC8/SC11, the ISO committee on Intermodal and Short Sea shipping. All parties will be called to meet during the second quarter of 2021.

IAPH Managing Director Patrick Verhoeven said the progress on digitalisation in the last nine months “has been significant”.

“Since our industry call to action last June to accelerate the pace of digitalization to cope with a post-COVID-19 ‘new normal’, key players have responded from industry associations, public and private sectors alike as well as ports and shipowners,” he added.

“We have gained momentum and will not stop here.”

IMO Head of Facilitation Section of the Maritime Safety Division Julian Abril Garcia confirmed  during a recent IAPH Webinar that by 2024- 2025, the 174 IMO member states will be required to use a ‘single window’ standardised data exchange system.