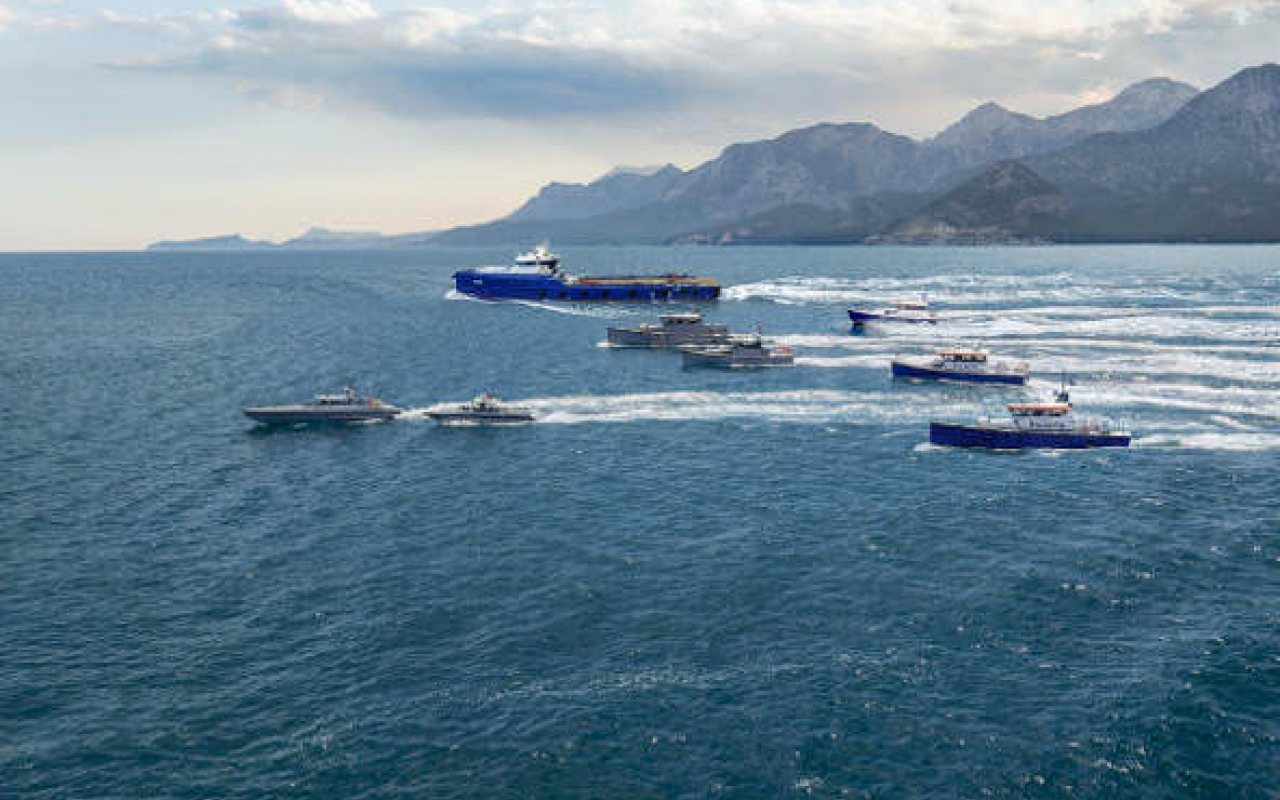 This comes at a time of growth for the yard, which has had three new production halls in two years, and a fourth now inaugurated.

Auke van der Zee, Managing Director of Damen Shipyards Antalya, said: “These certifications confirm the quality of our production processes. “They also show our commitment to safe and clean working practices. It is this dedication to quality that our customers expect from Damen.”

It is acquiring these certifications in the shortest amount of time a company in Turkey ever has, 6 months.

Since the expansion began, Damen has increased production at the yard accompanied by an increasing number of vessel types under production.

Van der Zee said: “The diversity of vessels that we build here is shown best by the fact that there are currently seven different types of ships in the water here.”

Van Der Zee concluded: “With this new building location, we have further expanded our capacity for steel and aluminium vessel construction. We can now build an even wider range of vessels, including larger ferries and Fast Yacht Support vessels.

“If you look at how much we have achieved in such a short time, I'm very curious to see what we will accomplish over the next three and a half years.”

Damen has also announced this month that it has launched a new propeller nozzle, and its new US shipyard, Detroit, has had an order within two days of opening.

Fact File: Opened in 2013 after the purchase of the Cyrus yard by Damen Shipyards Group, the yard has continued to develop and build vessels up to 35 metres in length. Despite being best known for specialising in composite vessel construction, Damen Shipyards Antalya added steel and aluminium vessel fabrication to its list of capabilities last year with the addition of two new production halls.