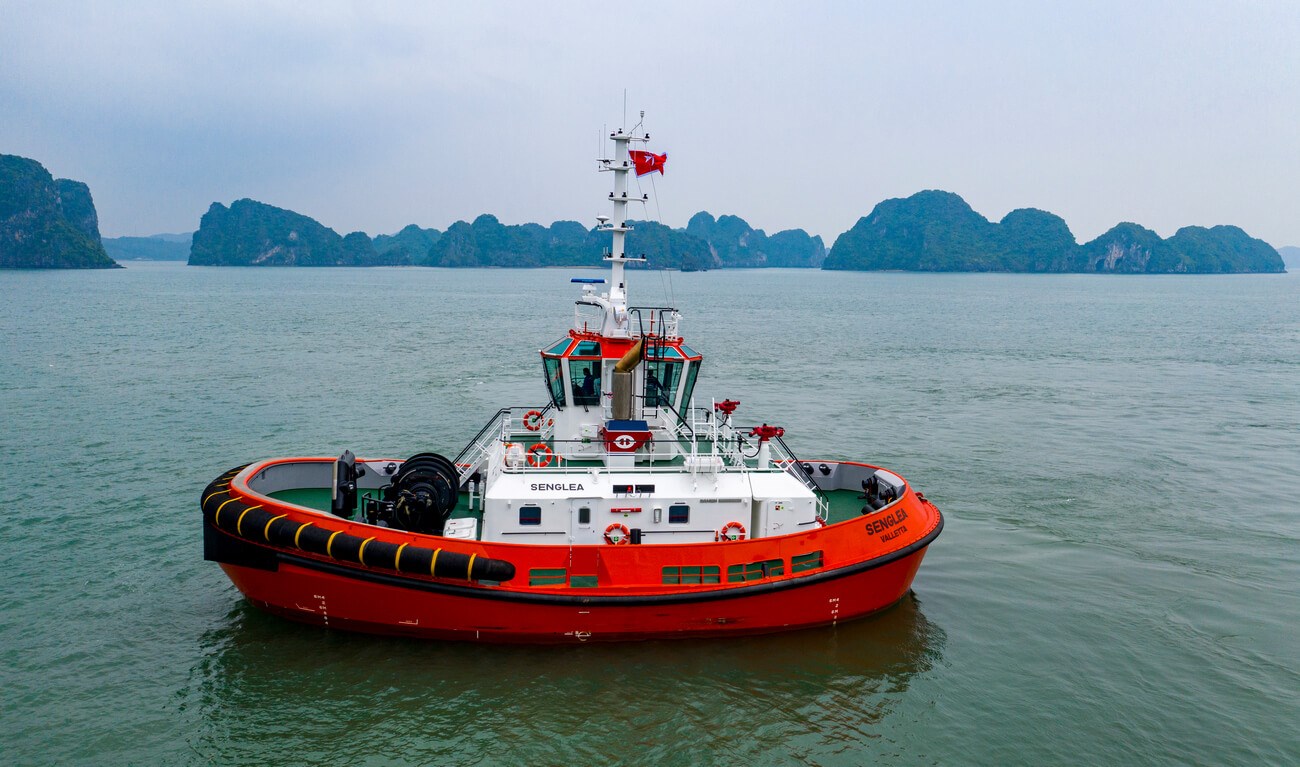 In a statement, Damen said the tugboat was named Senglea, after the nearby, historic city of the same name, and has joined a fleet that already has a number of Damen ASD tugs, but is the first RSD tug to operate in the region.

The RSD Tug 2513 has a bollard pull of 80 tonnes and has features Damen Triton – a digitalised remote monitoring system that collects data from sensors throughout the vessel.

The system is directly related to Damen’s goal of becoming the most sustainable and digital shipbuilder. Damen Triton reports such things as fuel, oil and water levels on board as well as performance indicators such as power, RPM and fuel consumption.

It paves the way for more efficient sailing, reducing both fuel consumption and emissions, and for maximising uptime via preventive maintenance.

First introduced in 2018, the RSD Tug 2513 represents a radical new design. Based on extensive industry consultation it is compact, for operations in and around harbours and terminals, yet it also has the power and flexibility to manoeuvre even the largest vessels safely, quickly and efficiently within restricted waters.

The design combines elements of both tractor and ASD tugs to create a class of vessel that effectively has two bows, making it equally effective at both bow and stern assists. The Senglea will have an important role to play in manoeuvring container vessels safely in and out of the harbour.

In addition to the many innovations that are standard on the RSD Tug 2513 the Senglea has been equipped with Fi-Fi 1 firefighting equipment and is fully compliant with local Maltese regulations.

Antonio Marte, Area Manager North, West and South Europe at Damen, said, ““We are very happy to have completed this order and delivered the Damen RSD Senglea to Tug Malta.

“It wasn’t easy to execute this project right in the middle of a pandemic, but we took special measures related to logistics and production, whilst ensuring the safest possible working environment.

“As a result of these measure, we were able to secure a continuous workflow at the yard, leading to the on-time delivery of the vessel and the well-being of all involved in the project.”

Mario Mizzi, CEO of Tug Malta, also commented, ““We are proud that Sengela has joined our fleet and presently Tug Malta can boast to have one of the youngest and most modern fleets in the Mediterranean thanks to the continuous investment undertaken in recent years.

“The new addition of the RSD Tug 2513 is another milestone in the Company’s quest to better respond to the needs of our customers delivering the highest service quality level.”