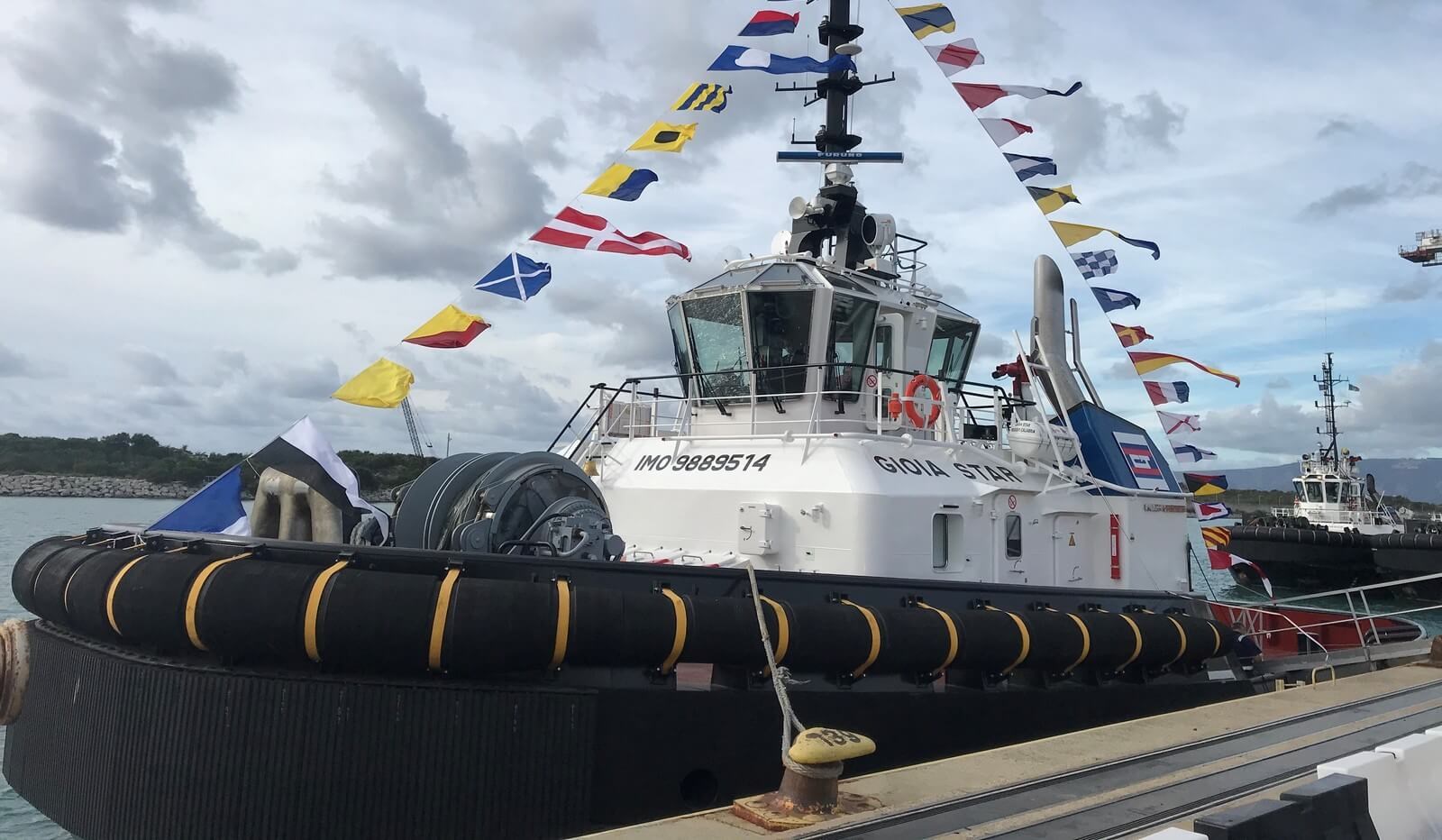 Damen Shipyards Group has delivered a next-generation ASD Tug 2813 to Con.Tug in Italy to be used at the Port of Gioia Tauro, one of the busiest transhipment hubs in the Mediterranean.

According to a statement, the vessel will be named Gioia Star and is part of Damen’s latest fleet of next-generation tugs and is equipped with a host new innovations. The company described it as a “further evolution of existing technology”.

Con.Tug – a joint venture between Scafi and TIL – ordered the new tug from Damen in January this year. The speed of the delivery has been facilitated by Damen’s practice of building standardised vessels in series and keeping them in stock, ready for order.

As well as ensuring quick delivery, this also guarantees Damen’s clients receipt of proven vessels, according to Damen.

Though a standard model, Con.Tug has selected a number of options for its new vessel, including FiFi 1 firefighting capabilities as well oil recovery capability.

The ASD Tug 2813 is one of Damen’s next generation of tugs. Each of the vessels in this series is composed of new innovations and the further evolution of existing technology.

The tugs focus on delivering increased safety, sustainability, reliability and efficiency – including cost-efficiency over the lifetime of the vessel. These factors were amongst the reasons that Con.Tug selected Damen when ordering a new tug.

The 85 tonne bollard pull ASD 2813 features a smart layout with increased power on a very compact vessel, thanks to the significant level of stability provided by the hull.

Antonio Marte, Damen area manager, said: “The port of Gioia Tauro is a very important harbour for the Mediterranean region. Thanks to the recent important investment made in the container terminal, large 24000 TEU container ships can call at this port regularly.

“With this it’s crucial to have a highly reliable and top performance tug, which ensures safe operations and, at the same time, maximum uptime of the terminals”.

The vessel, like all those in the series, is designed to be ready for IMO Tier III regulations. Compliance with the regulations is easily achieved with the retrofit of a Damen modular NOX reduction system. This is one of the many things Damen has introduced as part of its aim to become the world’s most sustainable shipbuilder.

The next generation tugs also have the capability to be digitally connected, enabling remote monitoring, which can lead to preventive maintenance and smarter, more efficient sailing and lower fuel consumption.