#CTAC2018 Day One Highlights in Tweets 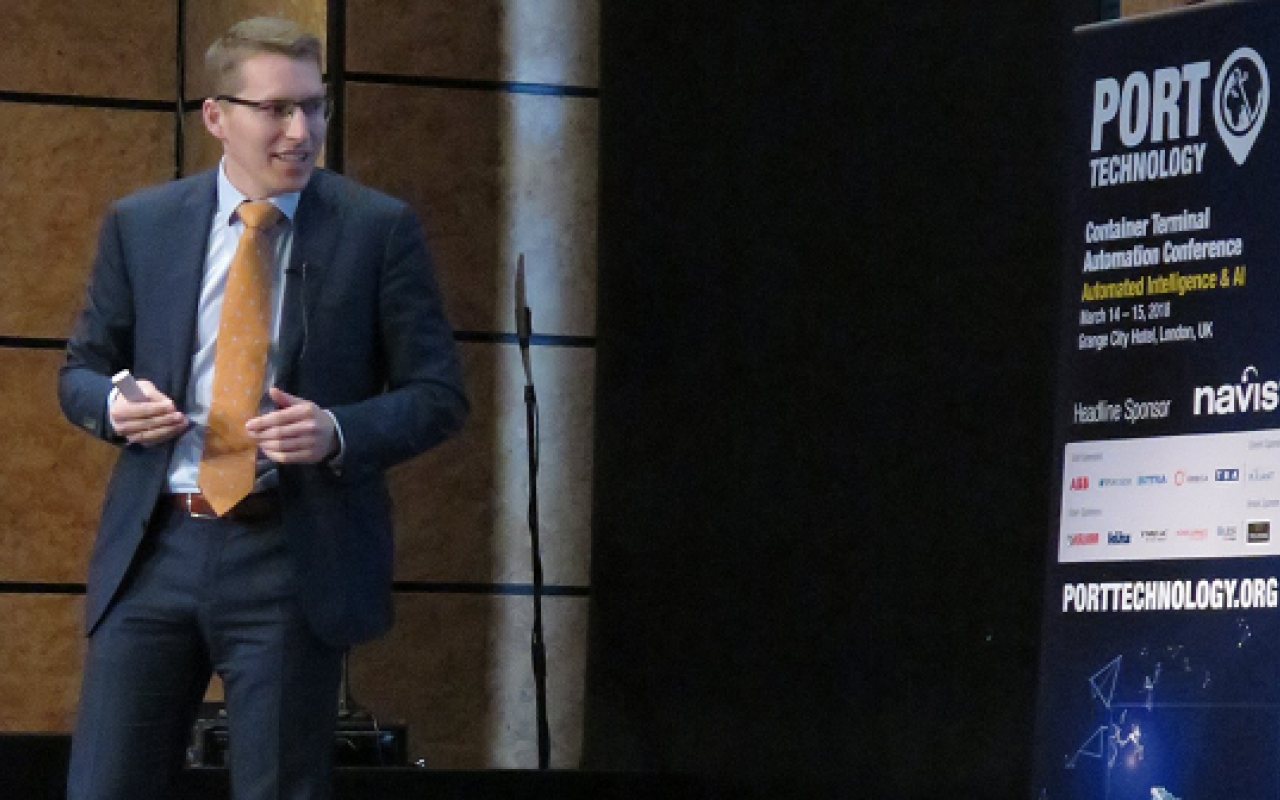 Day one of Port Technology's Container Terminal Automation Conference (#CTAC2018) has resulted in many exciting discussions and ideas being shared with attendees.

The day started with 'The Industry Today: A Macro Perspective' session, which saw Neil Davidson from Drewry, Wolfgang Lehmacher from the World Economic Forum, Lars Jenson from SeaIntelligence, and Professor Jean-Paul Rodrigue from HOFSTRA University debate important developments that are impacting the global supply chain, including blockchain.

Five more sessions followed, with the day's events culminating in an exclusive networking dinner hosted at Searcy’s at the Gherkin in London, where Rajant opened guests' eyes to the wireless possibilities that scalable, low-latency, real-time networks can provide to ports.

View highlights from other sessions in the tweets below. Join the PTI CTAC conversation by using the hashtag #CTAC2018 on Twitter. View the live video tweets by clicking through to Twitter.

THE INDUSTRY TODAY: A MACRO PERSPECTIVE

#CTAC2018 only 2% of #container #terminals worldwide considered fully automated. Is cost of labour a deciding factor in decision to move from mostly manual to mostly (wholly) automated operations? https://t.co/8BckXAkFpN

Guy Reu-Herme #Xvela talking about intelligent supply chain in #CTAC2018.
Fast change may happen in convergence to shared business networks, because it has been happening also in other industries.#kalmarglobal pic.twitter.com/QtCYnrou4C

THE INDUSTRY TODAY: A MACRO PERSPECTIVE

Only 3% of terminals around the world are fully or semi-automated. #CTAC2018 @PortTechnology #shipping pic.twitter.com/3r80bvgSvT