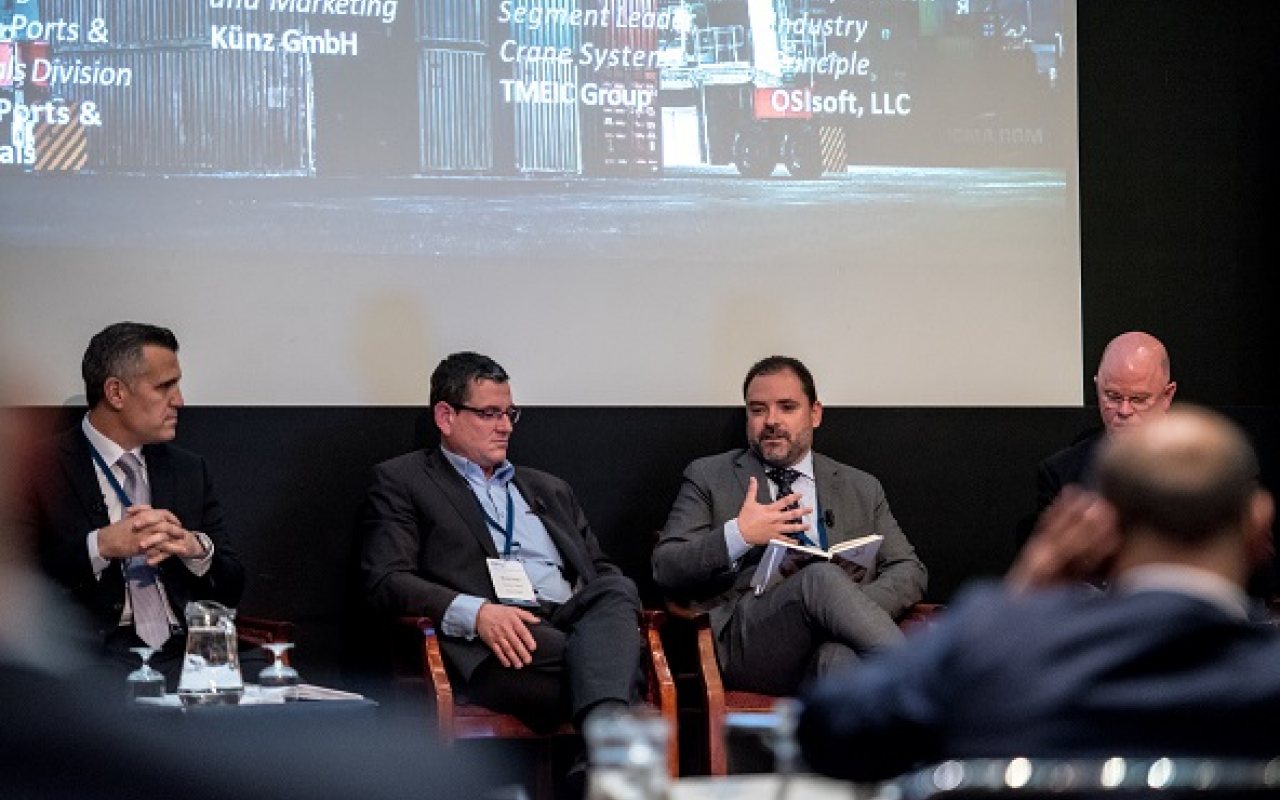 The Container Terminal Automation Conference 2019 was a key forum for debate within the maritime automation community, bringing together a range of industry leaders and experts.

Following the first day of the event, which you can read Port Technology’s review of today, Day Two featured meaningful discussion on a range of business areas, including terminal planning, the use of AI and machine learning tools, and the potential impact of 5G networks.

Returning the conversation to the human factor, a recurring theme on Day One, Ceci (pictured above, centre) emphasized that “you need to have the right people doing the job”; investment in people, alongside equipment and systems, is crucial.

Looking closer at the subject of brownfield automation, Bob Post of Royal HaskoningDHV reminded those in attendance that upgrading existing terminals should be viewed as a “marathon, not a sprint”, encouraging a careful but committed approach.

#CTAC19 Port Technology would like to thank all of the speakers and sponsors for contributing to this year's event. Experts from a range of different fields delivered key presentation and engaged in meaningful discussion on all topics #Automation pic.twitter.com/Pi1IjA1Eya

Following this session was a special presentation from keynote speaker Matthias Jablonowski, Global Practice Lead for Ports at Nokia.

As PTI has explored in a previous insight, versatile wireless networks powered by 5G and LTE could revolutionize the way ports and terminals utilize technology, manage operations and leverage data, potential which Jablonowski assessed during his speech.

While much of the discussion on wireless networks has centred around the question of how much coverage is needed for a complex terminal environment, the Nokia expert also pointed to the importance of “what coverage”.

Later in the morning, Kris Kosmala moderated a session on “Dynamic Terminal Planning” that included a wide range of different perspectives on implementing automation within a terminal space.

Gudmundur Adalsteinsson of the Sundahofn Container Terminal, in Reykjavik, Iceland, examined how advanced technologies could be used to boost smaller facilities with more limited throughput, while port planning specialist Eslie Vrolijk brought her experience of working on a number of large terminal projects.

Vrolijk highlighted how terminal planning processes are no longer as static as they once were, citing the level of development witnessed in the sector recently as a result of the growing automation trend.

In the afternoon, attention turned to the topic of AI and its possible implications – both on a macro and a micro scale.

Matthew Wittemeier, INFORM, took us forward to #CTAC38 in a special interview with the advanced artificial intelligence system Athena, who revealed the importance of man and machine’s relationship as the world progresses rapidly into the future.

#CTAC38 What will it be like to speak to the AI of the future? @M_IamThinking and @inform_software find out! #AI #Automation pic.twitter.com/m2cAzefYiN

This conversation continued as part of a session on “AI and Machine Learning”, where Navis’ Frederik Stork asserted the pivotal role of data in making intelligent systems viable for the terminal industry.

The final day of the conference wrapped up with a panel discussion of leading suppliers, focused on the subject of “Delivering Performance”; summing up the key points of debate heard over the last two days, the role of people, data-powered systems and human-machine relationships were all debated.

What is clear, as Francisco Grau Cavanillas of Orbita argues, is that “the role of people in the automation process is key”. This year’s conference, which saw people in the industry congregate to discuss best practices for applying automation successfully, evidences that statement.