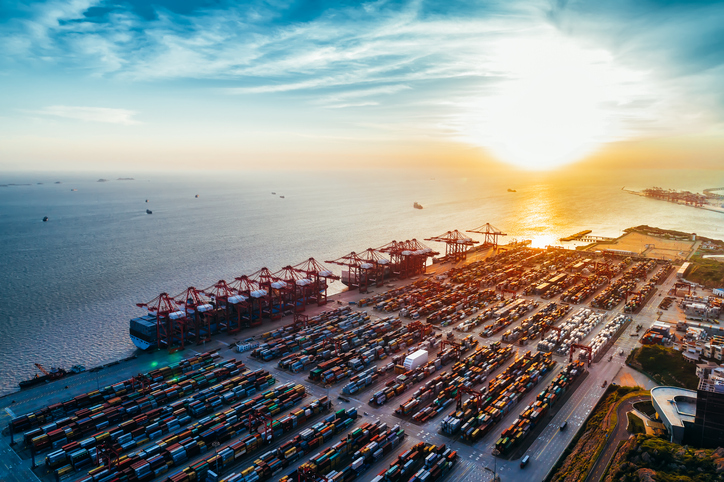 It is unclear how the COVID-19 pandemic will affect the rate of automation in ports and terminals as business models and investment plans are adapted.

The pandemic caused uncertainty across the industry and the global supply chain and predictions vary over the issue of technological innovation, with some suggesting it will cause acceleration while others claim uncertainty will curtail projects.

Rich Ceci, Senior Vice President, Virginia International Terminals, speaking at a session on the effects of COVID-19 on port innovation, said the Port of Virginia had neared the end of an $800 million upgrade at the end of 2019 and had further plans for 2020.

These automation plans, which include new ship-to-shore (STS) cranes, shuttle trucks and an upgraded rail facility, will continue and have been unaffected by the pandemic.

However, other US ports have put their terminal upgrade plans on hold, Ceci said, due to the uncertainty caused by the pandemic.

This is a result of the different investment and business models in US ports. Virginia’s plans have been largely unaffected because it is owned a government body, as are most ports on the East Coast. In this instance the goal is job growth and attracting cargo, rather than just profit.

Those on the West Coast include more private investment, Ceci explained, normally pension or hedge funds, and these are typically more nervous around macro-economic events and subsequent uncertainty as return on investment is the driving factor.

The different business models also stretch to the ports’ routines, where those on the West Coast will handle fewer but larger vessels from Asia, and those on the East have more frequent calls from smaller containerships from Europe.

This has been evident throughout 2020 as the major West Coast ports, in particular Los Angeles and Long Beach, suffered from cancelled sailings from China and were largely outperformed by their East Coast counterparts.

The uncertainty around investment has been felt on the supplier side, with a majority of the world’s largest companies having to adjust as projects get scaled back or suspended by ports.

One of these has been ZPMC, the Chinese-state owned company and the largest supplier of port equipment in the world. Throughout the pandemic it has continued to supply ports and terminals with equipment and has even entered new markets.

ZPMC had severe challenges, most notably around delivery of equipment, which it has not been able to complete as easily as before due to stringent social distancing measures and emergency border closures.

According to Sun Fei, Automation Architect, ZPMC, the company has seen its international projects halve as ports around the world save money. However, its domestic orderbook has doubled as Chinese ports step up their own automation projects amid rising confidence that the worst of the pandemic is over.

When pressed on what the near future might hold for container terminal automation, Fei predicted an acceleration of projects as the world looks to rush back to normal and meet growing demand.

The pandemic has caused many in the industry to rethink their business practices and be more flexible on the idea of remote working.

Orbita Ingenieria (Orbita), specialists in engineering solutions and automation systems for the maritime industry, had to think strategically to remain productive during the early days of the pandemic.

Francisco Grau Cavanillas, Orbita’s Managing Director, said the company rolled out numerous initiatives to service its clients, much of which involved moving information to the cloud.

Consequently, none of its projects suffered and it remained 100% operational throughout the pandemic and it also helped the company become more attractive to new talent.

Ceci said the Port of Virginia had used data analytics to predict vessel traffic and make better use of resources, which had allowed it to maintain productivity.

This emphasis on new technologies, the panellists agreed, will be crucial for the future, but Ceci warned against changing too much too quickly and instead urged terminals and suppliers to fully understand where and what they need to digitise so that they can remain competitive.