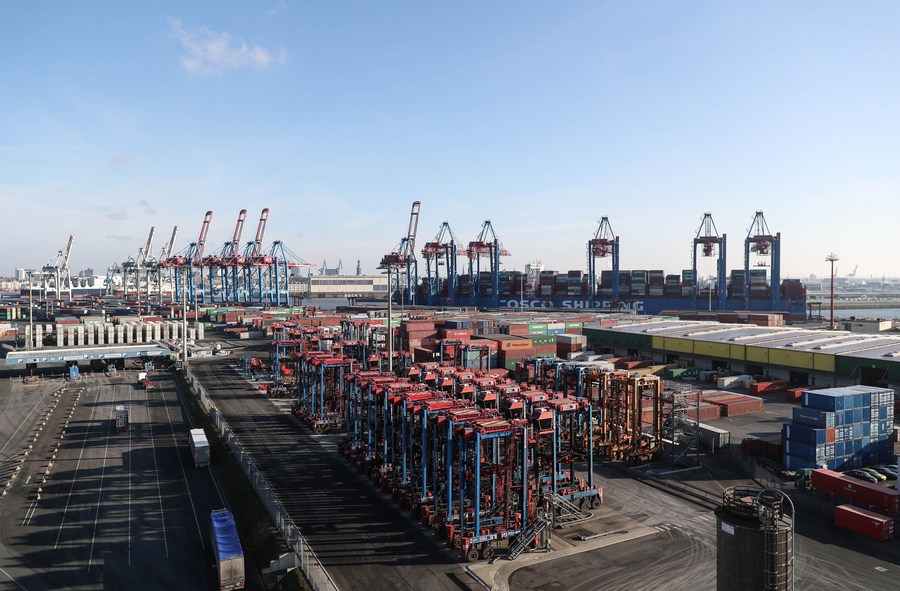 The bid from COSCO Shipping Ports Limited (CSPL) to buy a stake in Hamburg’s Tollerort Terminal represents a big win and is moved by business motives only, Axel Mattern, CEO of Port of Hamburg Marketing told Chinese state media Xinhua.

“Obviously, about one third of cargo handled at the Port of Hamburg come from and go to China. The importance of business with China has a long history,” Mattern said.

The bid “was a pure business decision, which is very usual not only in Germany but also in other European countries,” he added.

The comments came as Germany’s Economy Minister, Robert Habeck, recently disclosed that he was inclined not to allow the deal, as he argued the deal would give China a stake in critical German infrastructure.

“We want to do business, not politics,” Mattern said, adding that the government’s “strategic planning and port shares are totally different things.”

He further added that turning down the offer would be a disaster not only for the port but also for the country.

“We need and have so far had good relations with the Chinese side in trade, transportation and logistics, which helps both sides understand and learn from each other better,” he said.

“The logistics cooperation between Hamburg and China is very important, not only for the two countries but also for the global supply chain.”

COSCO recently announced interim results for the first half of the year, riding on high freight rates.

The company recorded an EBIT of RMB 95.3 million ($13.6 million), representing a year-over-year increase of 92.20 per cent in line with its forecast released earlier in July.