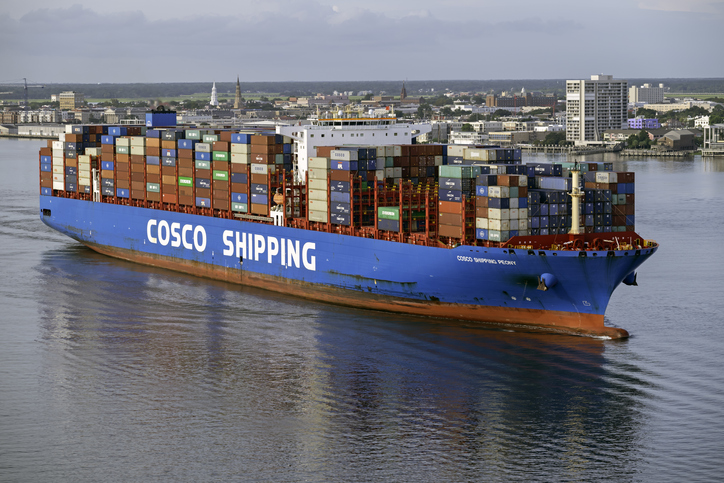 The revenues are an increase of 24.2 per cent year-on-year.

Gross Profit increased by 30.5 per cent to a total of $80.9 million, while share of profits from joint ventures and associates increased by 1.9 per cent year on year to $82.5 million.

During the period, profit attributable to equity holders of the company increased by 2.6 per cent year-on-year to $74.9 million.

As a result of the global pandemic, for the three months ended 31 March 2022 the total throughput of the Greater China region decreased by 3.6 per cent to 22,520,167 TEU, accounting for 74.3 per cent of the group’s total.

Despite this decline, CSP total global throughput reached 30,291,588 TEU in the first quarter of this year, registering an increase of 0.3 per cent year on year.

The group said the growth was primarily driven by its subsidiary Tianjin Container Terminal. The port handled approximately 4.63 million TEU of containers in the first three months of 2022.

The total equity throughput from controlling-stake subsidiaries was 7,487,432 TEU, a 39.5 per cent increase.

Turning to overseas regions, the total throughput of Greater China increased by 11.7 per cent to 7,771,421 TEU and accounted for 25.7 per cent of the group’s total.

Due to the continuous congestion of major ports in northwest Europe, CSP has noted that the Zeebrugge Terminal NV became an important buffer port. The terminal increased its throughput by 24.4 per cent year-on-year to 272,344 TEU.

CSP has acknowledged the impact of the COVID-19 pandemic on the maritime industry, declaring its intention to focus on improving quality and efficiency, control costs, and maintain a stable financial situation.