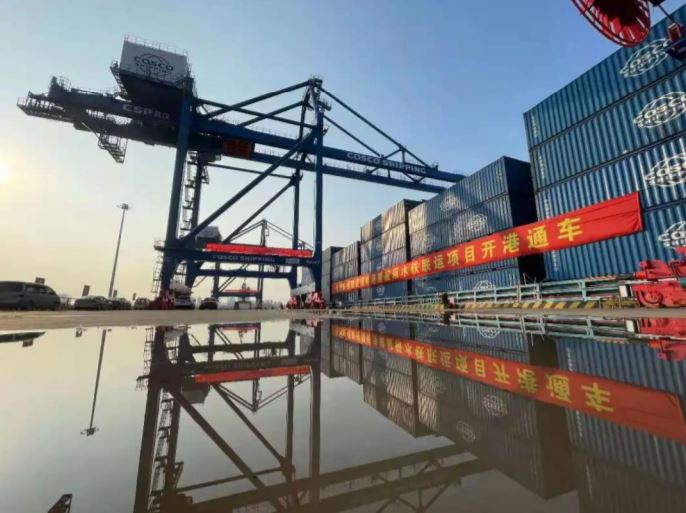 During the visit of the 1,140 TEU ‘Han Hai No.2’ the terminal used its fleet of Driverless Container Vehicles (DCVs) for the first time to transport containers to railway operation area.

In a statement, the terminal operator described the project as a “major achievement” and a sign of its deepening strategic cooperation between the governments of Wuhan City and Hubei Province.

“We will increase the investment in port and shipping logistics resources in Hubei Province and Wuhan City, cooperate with Hubei Port Group, SIPG and other partners to help Wuhan build a central hub and regional shipping center, and contribute to accelerating to build our country as a strong power in maritime and shipping fields.”

The terminal will form a big part of the ‘Yangtze River Economic Belt’, which will help improve Wuhan’s status as a key trade hub and the Yangtze River as a vital waterway.

“With the support provided by route networks and alliance partners of COSCO SHIPPING, the completion of the project will attract more logistics to Wuhan, drive the flow of capital, talent and information, give full play to the advantages of integrated hub that possesses water, rail, highway and air transportation in Hubei province.”