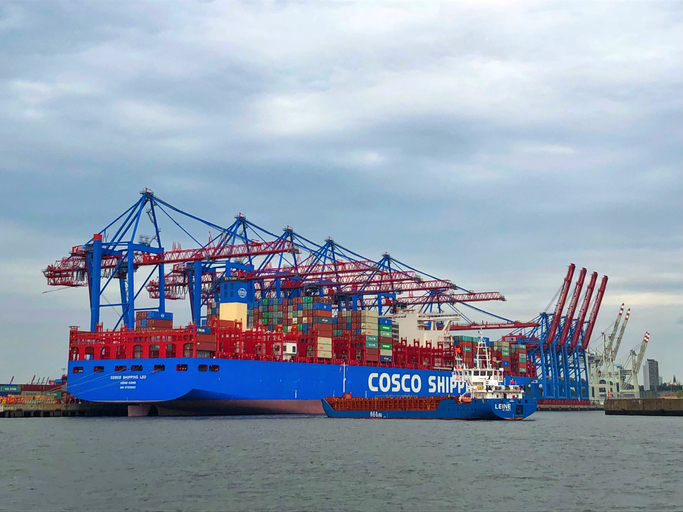 COSCO Shipping Ports Limited (COSCO) has handled a total of 8.6 million TEU across all of its terminals in January 2021.

The company’s terminals in the Bohai Rim saw a monthly throughput of 1.2 million TEU, down 13.4 per cent compared to the same month in 2021.

In this region, Tianjin Container Terminals stood out as the most successful, processing 674,100 TEU. However, Dalian Dagang Container Terminal Co., Ltd had the worst result not only in the region but across the whole COSCO terminal portfolio, only handling 1,800 TEU.

Terminals in the Yangtze River Delta region saw a combined total of 1.3 million TEU in January. This means a decrease of 1 per cent compared to the same period the previous year.

Along the Southeast coast, COSCO terminals reported a throughput of 540,000 TEU, up 9.1 per cent compared to January 2021.

The Pearl River Delta region had the second largest throughput of all regions in the company’s portfolio. This equated to 2.3 million TEU in the month, down 6.2 per cent from January of last year.

The Southwest Coast saw the smallest throughput across the whole portfolio as the region only includes one COSCO owned terminal – Beibu Gulf Port Co., Ltd. In January 2022, the terminal handled a total of 485,300 TEU, a year-on-year increase of 3.7 per cent.

Lastly, COSCO reported throughput of 2.6 million TEU for its overseas terminals, an increase of 12.8 per cent year-on-year.

“For the month of January, total throughput (excluding QPI) remained unchanged over the same period last year due to the disposal of Tianjin Euroasia Terminal starting from 3 December 2021. This meant throughput of this terminal would no longer be included in the company’s throughput,” said the COSCO in a social media post.

“In the meantime, the throughput of our terminals in overseas regions continued to grow, benefitting from strong trade demand.”

COSCO’s concession agreement with the Port of Zeebrugge recently got extended for another 15 years.

This will see the Chinese company operate the CSP Zeebrugge container terminal, located at the Albert II dock, until 31 December 2055. The signing took place during an online ceremony.