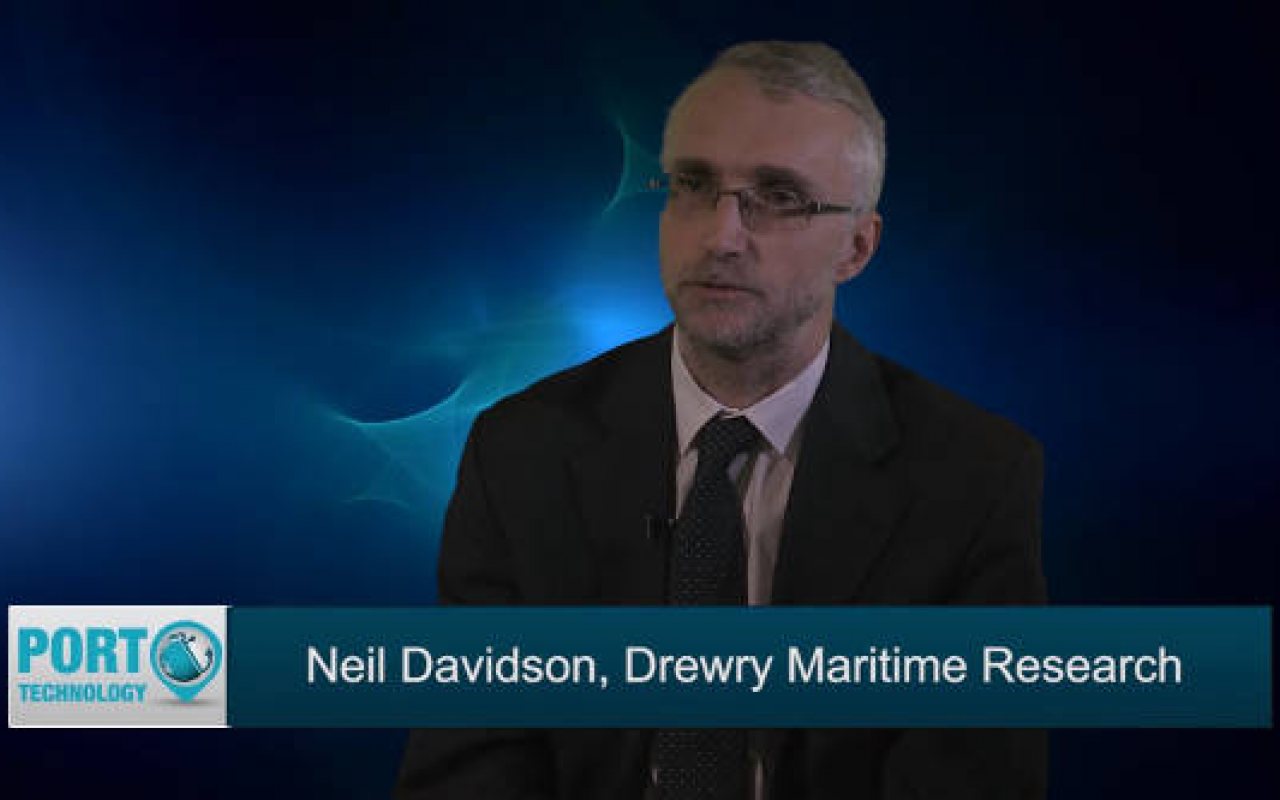 PTI is greatly anticipating the return of Neil Davidson, Senior Analyst of Ports and Terminals with Drewry Maritime Research and a regular contributor to the journal, as a speaker for PTI’s upcoming Terminal Automation & Training C-Level Networking Conference taking place April, 19-20, 2017, London.

Davidson’s expertise has been developed over 25 years in the port sector. A large proportion of his career has been spent with Drewry, joining in 1997 and founding the company’s ports practice.

His current role focuses on Drewry’s publications and new products in the ports and terminals sector. He has been closely involved as both contributor and editor of all of Drewry’s annual, quarterly and one-off port sector publications and spoken at over 90 industry conferences, seminars and private briefing sessions worldwide. He regularly contributes expert insight and analysis to the trade press, national newspapers, TV and radio.

Davidson will offer an overview of the key challenges in the industry since the last PTI event in 2016. He will provide analysis of liner shipping trends, consolidation and alliances and the pressure on ports and terminals, including shipping lines driving down prices, terminal operator caution over investment and relationships with liners  and alliances.

He will link these issues to the question of terminal automation in each case.

His previous consultancy experience includes participation in port projects in Europe, Asia, the Americas, Africa, Australia and the Middle East. It covered buy and sell-side due diligence, privatisations, strategic advice and working for lenders, in addition to commercial and market analyses.

Prior to joining Drewry, he spent eight years with the Port of Tilbury, London, specialising in business planning. He was closely involved in the buy-out of the port in 1992 and its subsequent trade sale to Forth Ports.

A graduate of the Department of Maritime Studies, Cardiff University, his industry experience also includes working for Lloyd’s of London and the Medway Ports Authority, Sheerness, UK.

Davidson views the conference as a great opportunity for “the most experienced and informed people in the field of container terminal automation” to come together and discuss the implications for terminal automation of current port and shipping industry mega-trends.

At the event, Davidson plans to share his “detailed knowledge of the key market, commercial and operational issues and trends affecting container ports and shipping globally today”.

He added: “There are some common misconceptions about what terminal automation can achieve. One of the main ones is that automation “automatically” results in faster vessel handling speeds – that it's some kind of panacea.

“Automation is a powerful tool to be deployed, but it's not a magic bullet. Rather, automation first and foremost delivers predictability and consistency of performance. This is arguably more valuable.

“Remember too that there's no gain in automating a poor process – it's the process that really matters. Another common misconception therefore is that automation ‘automatically’ cures poor processes. It doesn't. You have to get them right too.

“The quality of the terminal management and the ‘IT brain’ software behind the automated equipment is key. So it's about humans as much as it's about automation.”