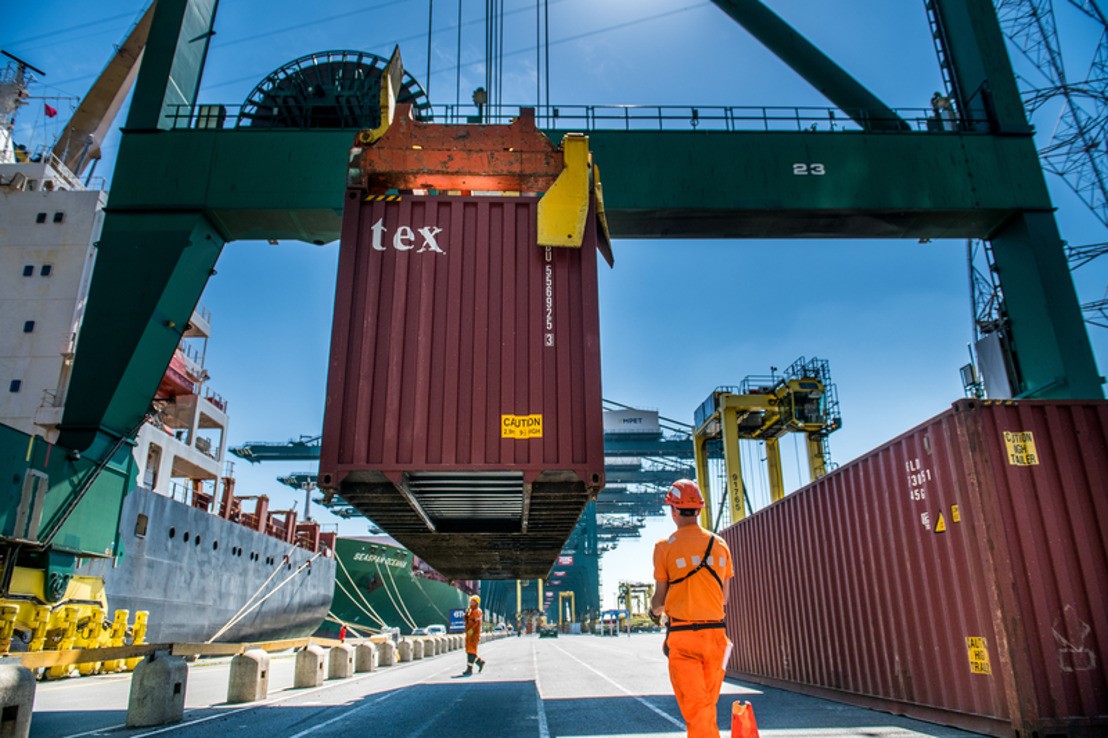 The container sector proved to be the exception to the decline in the flow of goods through the Port of Antwerp for the first half of 2020.

While total throughput at the Port fell by 4.9% container traffic saw a moderate increase of 0.4% in TEU from January to June 2020 compared with the same period in 2019.

In reporting its results for the first half of 2020 the Port also noted that during the GOVID-19 pandemic the Port remained 100% operational.

The Port said that in the first quarter of the year container traffic increased slightly but by April the effects of cancelled sailings began to surface.

The number of calls made by vessels decreased, but this was compensated by a higher average volume per vessel and by additional calls on top of the normal sailing schedules.

Notable climbers in this special period were the transhipment of pharmaceutical products, e-commerce and health foods.

At the beginning of June, the port also welcomed the world’s newest largest container ship, the HMM Algeciras with a capacity of 23,964 TEU.

For the third quarter of 2020 the Port said that it continues to expect to see blank sailings but also is anticipating the first signs of recovery and an upturn in the European economy.

Jacques Vandermeiren, CEO Port of Antwerp commented, “The Port of Antwerp is holding up well in the Hamburg-Le Havre range because it is active in many sectors, it is not dependent on a single continent and because of its role as Europe’s largest integrated chemical cluster.”

The breakbulk sector saw an overall 29% decrease in volume for the first half of 2020. The throughput of iron and steel saw a total decrease of 33.1% for the same period.

In the automotive sector the Port comments that there were already hurdles to be met with the introduction of stricter rules on passenger car emissions in Europe in 2019, this trend continues in 2020.

From March onwards, the coronavirus crisis only compounded this situation: less exports of new European cars, less supply of new Asian cars and downtime in the second-hand market due to travel restrictions. As a result, the total RoRo throughput fell by 21.8%.

On bulk cargo the Port reported a 13.1% drop in dry bulk transshipment in January to June 2020 compared to the same period last year.