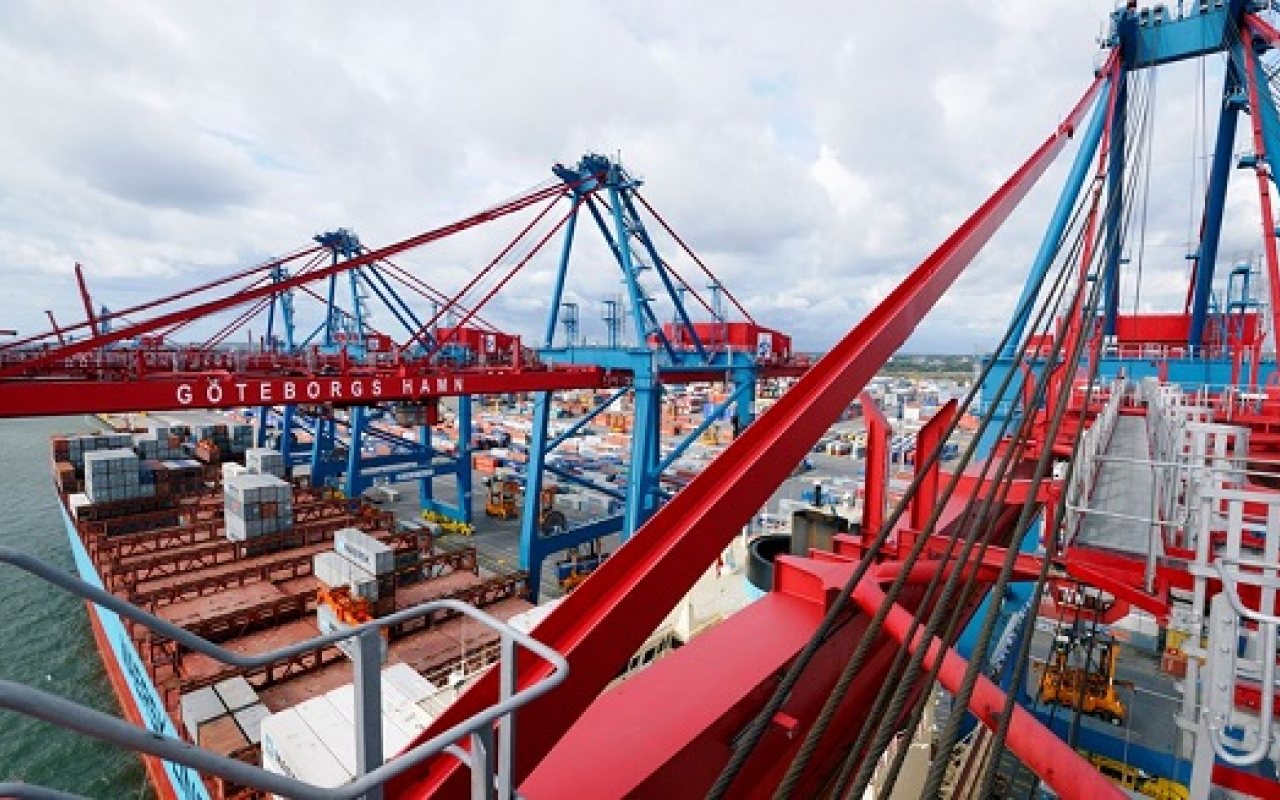 Port of Gothenburg’s container volumes are still at historically low levels for Q3 as the conflict between the Dockworkers’ Union and APM Terminals Gothenburg continues to blight customers' confidence in the terminal.

Q3 figures show a fall of 28% compared with the same period last year, the worst third quarter ever in terms of container volumes, even though the port has been free of industrial action and labour disputes.

Earlier this year, volume statistics for the first six months of 2017 showed how the conflict between the Dockworkers’ Union and APM Terminals Gothenburg impacted negatively on container trade.

At that point, volumes were down 22 %, the biggest fall in the history of the port.

APM Terminals Gothenburg announced in September that it would sign an agreement with the staffing agency Adecco so it could hire temporary personnel to “address adhoc extra staffing needs at peak times”.

Magnus Kårestedt, Gothenburg Port Authority Chief Executive, said: “Despite the fact that the container terminal has had the capacity to handle freight with virtually no disruption throughout the whole of the third quarter, we still saw a huge fall in volumes.

“It is obvious that industry’s confidence in the port’s container terminal has yet to be restored.”

According to Kårestedt, the crisis of confidence is due to the underlying threat of industrial action.

In conditions such as these, many companies are opting for more expensive and less effective transport solutions to assure their goods flows.

Kårestedt added: “I understand their hesitation about returning their freight flows to the Port of Gothenburg after prolonged periods marked by labour disputes, embargoes, strikes and lockouts. There must be a long-term solution to the situation if we are to regain the industry’s confidence.”

The conflict between the operator, APMT, and the Dockworkers’ Union has been ongoing since May 2016.

It has been kept alive even though APMT has signed the industry’s collective agreement.

This has prompted the Swedish government to set up an enquiry to review the rules of the Swedish labour market.

Magnus Kårestedt is looking forward with optimism to the publication of the enquiry.

He said: “In the light of the fact that mediators at the Swedish National Mediation Office gave up after all their offers were rejected by the Dockworkers’ Union, this enquiry is vitally important.

“Not only for the Port of Gothenburg – many other Swedish ports are struggling with the same basic issues.”