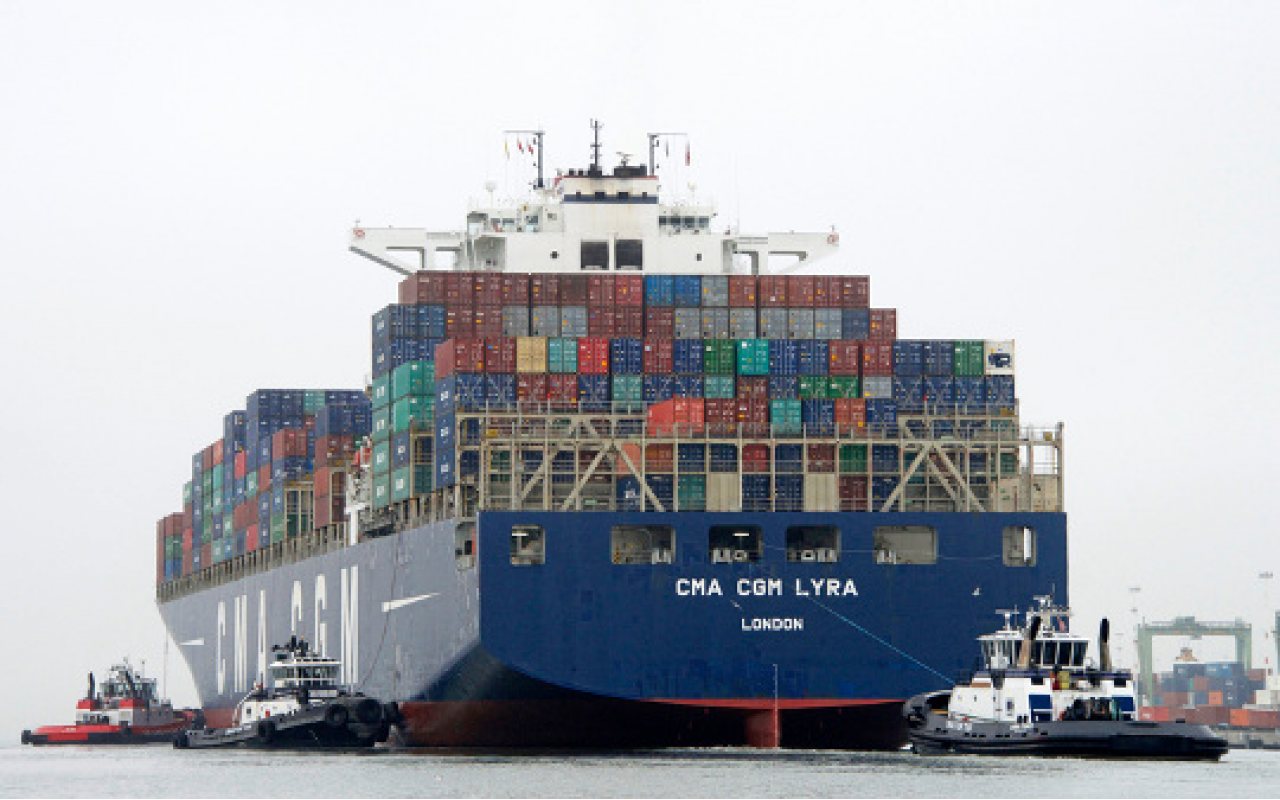 Third-largest shipping line CMA CGM has released its Q2, 2016 financial results, in which the carrier has posted a loss of US$800 million in comparison to the same period in 2015 and has announced its US$1 billion ‘Agility’ programme to cut costs.

Volumes rose slightly on the North-South lines, but declined on the East-West lines. Including NOL, which was consolidated from June 14, total volumes carried for the period amounted to 3.5 million TEU.

Average revenue per TEU, excluding NOL, fell by 18.8% year-on-year and by 6% quarter-on-quarter, reflecting the persistent pressure on freight rates.

Rodolphe Saadé, Vice Chairman of CMA CGM, said: “We are experiencing a market environment that remains difficult, with excessively low freight rates weighing on our revenue and margins.

“In an environment shaped by a lack of visibility, CMA CGM has the advantage of a strong liquidity position. The strategic relevance of NOL, fully financed, is reinforced.

“We are working to improve operating performance, notably via the launch of the Agility plan, which includes a programme to reduce costs by $1 billion over the next 18 months, and in addition to the post-acquisition synergies with NOL.”

The Group kept a tight rein on costs, helping to drive a 10.7% reduction in unit costs as a result of the combined impact of lower bunker prices and disciplined expense management.

As part of this process, CMA CGM rationalised its network of lines and continued to align deployed capacity with market demand. Excluding NOL, the net loss stood at $109 million.

APL will now serve as the core brand alongside CMA CGM on the Transpacific, Transatlantic and Asia-Gulf lines.

Reorganisation of the APL and CMA CGM lines will be further improved when the Ocean Alliance is implemented next April, 2017 – subject to approval.

In addition, the synergy and rationalisation programme is now being implemented, with the goal of enabling APL to reduce its costs and enter a new phrase of growth.

As previously announced, the Alliance is scheduled to start operating in April 2017, once the regulatory approvals have been granted. Like the other CMA CGM subsidiaries, NOL will be part of Ocean Alliance from the beginning.

The Kingston Container Terminal concession in Jamaica recently came into effect. The hub, which will be expanded, is ideally situated to accommodate vessels on Central America-Caribbean lines outbound from the newly widened Panama Canal.

The Group has deployed Agility, a global plan to improve operating performance that combines a programme to reduce costs by $1 billion over the next 18 months by capitalising on the Group's experience in this area.

In particular, these plans are structured around the reorganisation of the line network and the optimisation and renegotiation of bunker costs, charters, logistics, port handling and other operating expenses.

Certain initiatives intended to boost revenue per TEU, notably by expanding in such high value-added segments as reefer carriage.

In support of the Agility programme, CMA CGM has responded to the industry's difficulties by postponing delivery of certain vessels until 2017 and reducing its capital expenditure commitment.