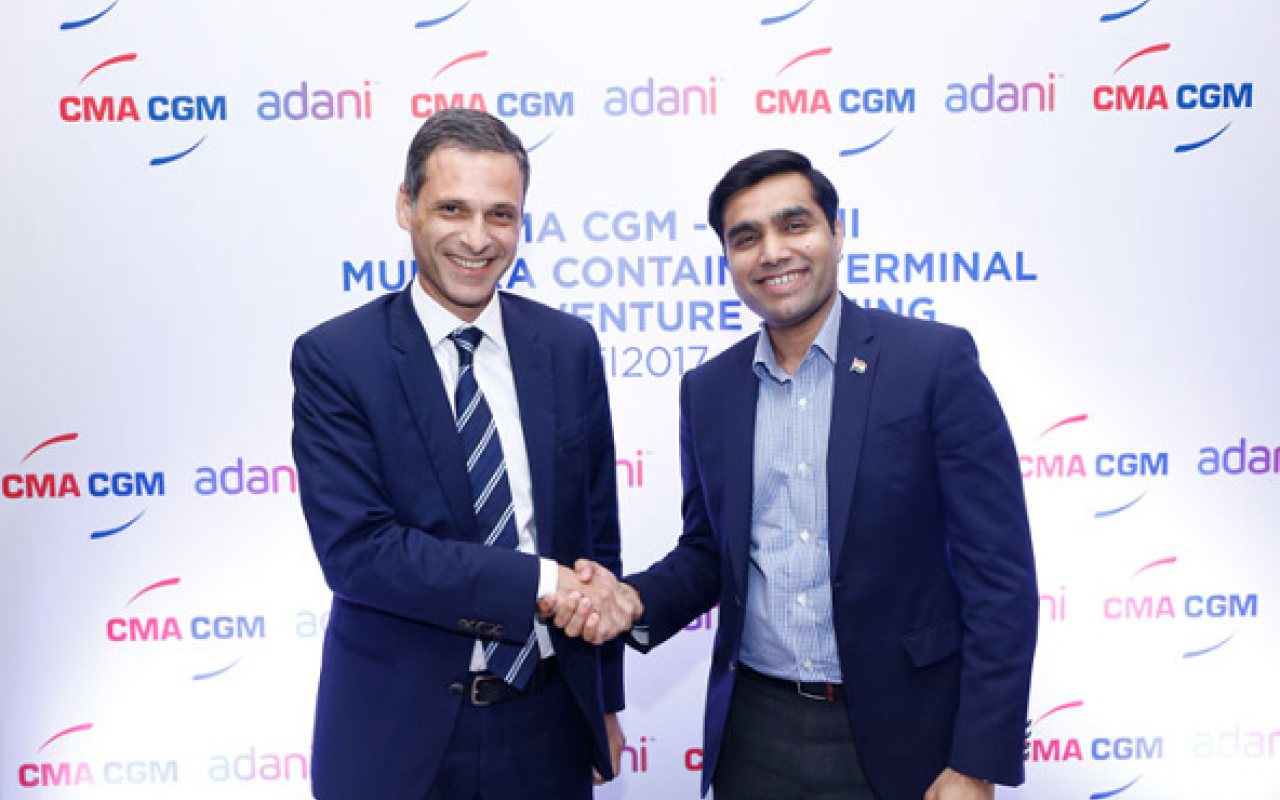 CMA CGM has signed a joint venture agreement to operate a new container terminal (CT4) at Mundra Port, the largest container-handling port in India, for next 15 years with an option to extend it twice for 10 more years.

The CT4 project has been completed three months ahead of schedule by Adani Ports and Special Economic Zone (APSEZ), India’s port infrastructure developer and part of the Adani Group.

For CMA CGM, CT4 is its first port investment in India and demonstrates its ambition to further increase its presence in this strategic and fast-developing country.

The opening of CT4 means that Mundra Port's container handling capacity has risen to 5.5 million TEUs.

CT4 is also the only container terminal on the west coast of India where the world’s largest container ships can call as it will have an expected annual capacity of 1.3 million TEUs.

The terminal spans over 27 hectares, with a 650-meter long quay and a draft of 16.5 meters and yard equipment includes twelve 41 tonne lift RTG cranes able to accommodate seven rows of containers and one operational lane.

India is expected to be one of the fastest growing economies in 2017, according to recent data from the International Monetary Fund.

This new investment adds to the 27 container terminals that CMA CGM has today in its portfolio, and is a key step in its strategy to further expand its position in port operations.

Adani Ports aims to handle more than 200 million metric tonnes of cargo before the year 2020.

“This joint-venture with Adani Ports reinforces our position in one of the world’s fastest growing economies and highlights our firm belief in the potential growth of trade between India and the rest of the world.”

Karan Adani (pictured right), CEO, APSEZ, said: “This is a notable milestone for us, as with the commissioning of this terminal, Mundra port will become India’s largest container-handling port.

“With this new development, Mundra port is perfectly primed to set the bar even higher on the crucial parameters of efficiency, productivity and faster turnaround times for larger vessels, which will directly translate into competitive advantages for our customers.

“Mundra port continues to be conscious of its environmental responsibilities and has installed world class equipment, which vastly reduces air and noise pollution.”

Technical Paper: India at a Glance: Emerging Opportunities in a Growing Market