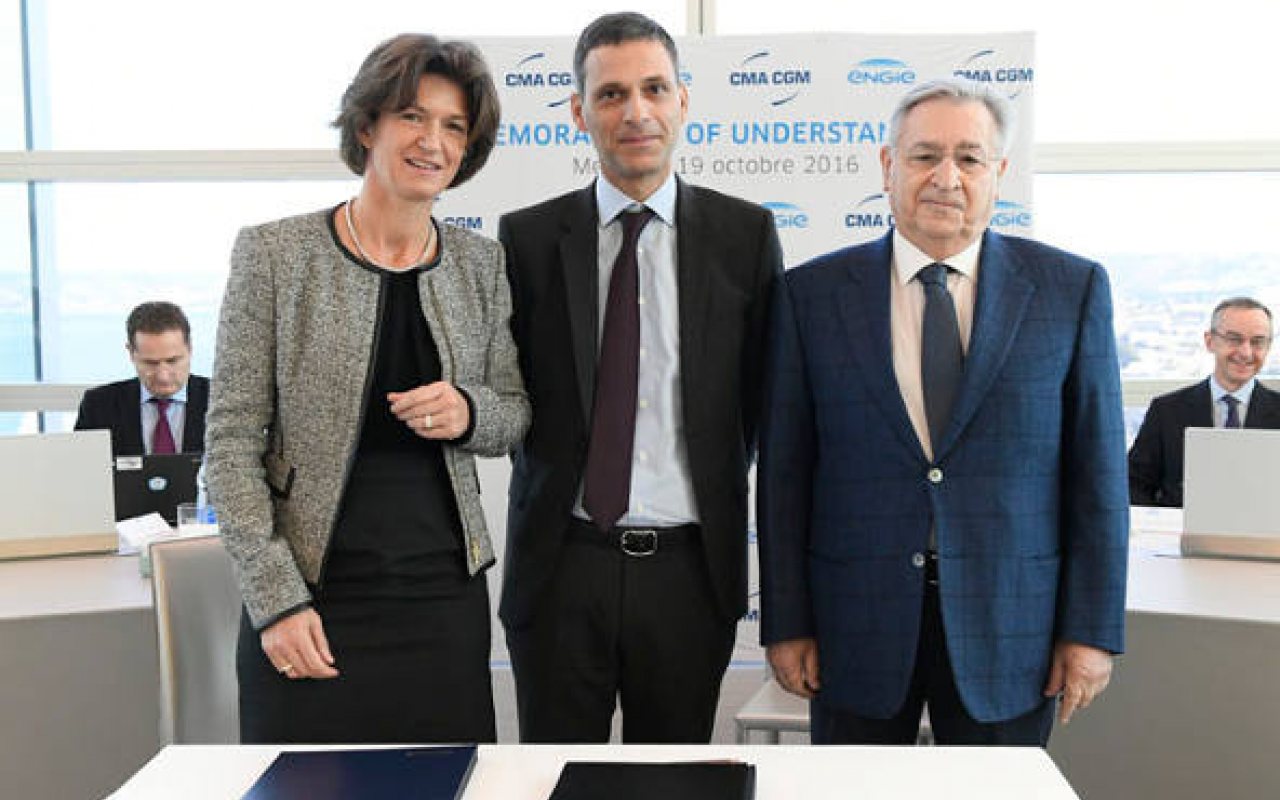 CMA CGM has announced that it has signed a Memorandum of Understanding (MoU) with a French energy company called ENGIE, to encourage the use of Liquefied Natural Gas (LNG) as a replacement for current marine fuels.

The agreement focuses on a study about liquefied natural gas (LNG) uses, it follows up CMA CGM research programs to design LNG powered container vessels; ENGIE is a pioneer in the development of LNG as a marine fuel.

The MoU was signed by Isabelle Kocher, CEO of ENGIE, and Farid Salem, Executive Officer of the CMA CGM group, it occurred at the headquarters of GMA CGM in Marseille, France.

The two main points of the MoU are as follows:

Isabelle Kocher said: “We are most pleased with this cooperation with CMA CGM, which is a leader of maritime transport at the international level. For ENGIE, natural gas is a key element in the energy transition.

“The Group is actively engaged in the development of the diverse uses of retail LNG, especially for transportation. Ultimately, LNG as marine fuel will lead to a massive reduction in pollutant emissions.”

Farid Salem said: “Liquefied natural gas has many environmental advantages. It is undoubtedly the fuel of the future of the maritime shipping industry that will progressively substitute heavy fuel oil over the next few decades.

“CMA CGM wishes to be a pioneer in this area. And with the agreement with ENGIE this allows the company to move one step closer.”

This news comes after the announcement that delegates are to gather the week commencing October 24, 2016, in London for an International Maritime Organization meeting, a coalition of international non-governmental organisations, The Clean Arctic Alliance, is calling for an end to the use of heavy fuel oil (HFO) in Arctic waters.

HFO is used by many ships operating in Arctic waters, and poses a severe risk to fragile marine environments and the coastal communities that depend upon them.