CMA CGM to take over new terminal at Port of Alexandria 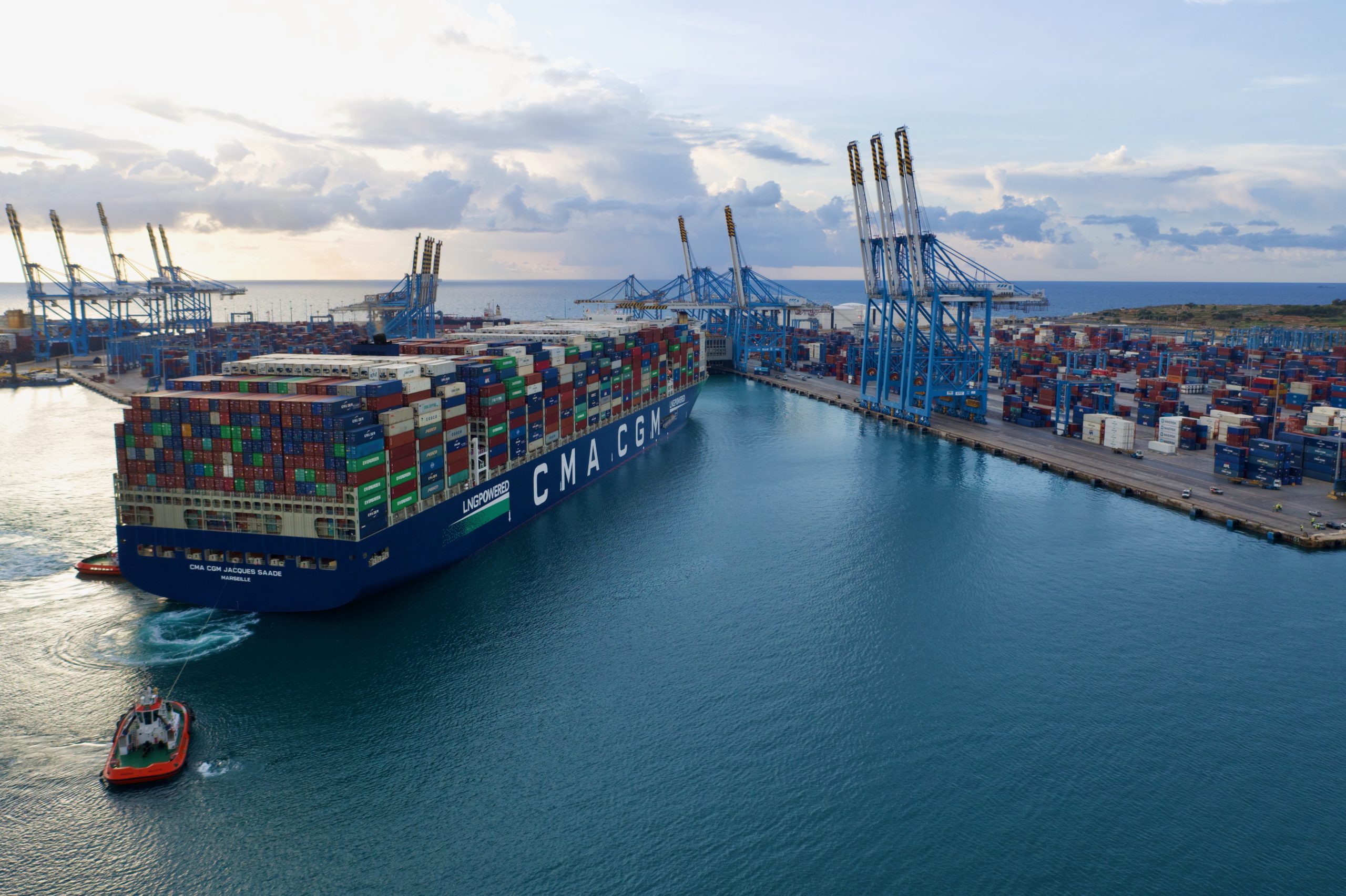 CMA CGM has announced it will operate and manage Pier 55, the upcoming multi-purpose terminal at the Port of Alexandria.

The carrier made the announcement after its CEO and Chairman Rodolphe Saade finalised the details with the Egyptian authorities during a recent visit to the country.

This partnership will also include the development of logistics solutions, digitalization, the contribution to the training of younger generations in maritime and logistics, as well as other investments.

It will also strengthen the carrier’s strategic position in the Mediterranean and increase its terminal capacity in that region, which is already 7 million TEU.

The terminal, which covers an area of 560,000 square meters with quays of over 2 km in length, will have a capacity of around 1.5 million TEU and will facilitate the deployment of the carrier’s larger vessels. Operations are planned to start in 2022.

In Egypt, the carrier currently employs almost 300 people and calls at 6 ports, linking the country to the rest of the world. Each year, CMA CGM’s vessels cross the Suez Canal more than 700 times.

In a statement, the carrier said, “At the crossroads between Africa, Asia and Europe, the Mediterranean represents a major area for the development of the Group’s operations in maritime transportation, port operations and logistics.

“Committed to the energy transition of the maritime industry, the Group will also deploy on its service between Asia and the Mediterranean LNG-powered vessels of 15,000 TEUs by the end of 2021.

“As part of his strategic vision, Rodolphe Saadé has decided to choose Marseille-Fos to bunker these new LNG vessels, making the Mediterranean a major area for the development of the use of LNG.”