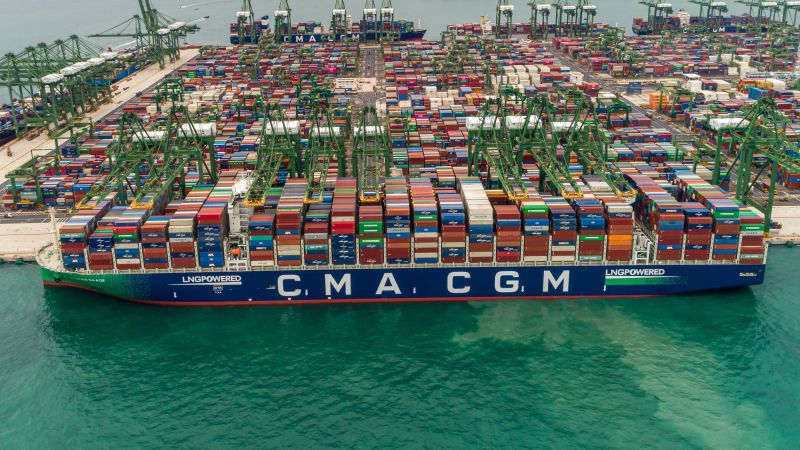 CMA CGM Group is a new industrial investor in the one of the world’s largest hydrogen value chain investment funds.

Hy24, a joint-venture creating the world’s first and largest infrastructure fund to invest in the entire clean hydrogen chain, has announced the closing of €2 billion ($1.94 billion) of allocations in the Clean H2 Infra Fund, with CMA CGM as a new key industrial investor.

The fund is focused on scaling proven hydrogen technologies for mature infrastructure assets and aims to play a role in decarbonising the global economy.

Hy24 aims to mobilise up to €20 billion ($19.4 billion) of investment capacity over the next six years using funding and knowledge drawn from its major strategic investors and an experienced team.

The portfolio will be diversified across geographies (Europe, Americas and Asia) and value chains, upstream and downstream, to scale up the clean hydrogen economy.

Hy24 is a joint-venture between FiveT Hydrogen, a clean hydrogen-enabling investment partner, and Ardian, a private investment house.

Other investors include LOTTE Chemical, Airbus, and Snam, Enagás, GRTgaz (together as one anchor partner), and the financial anchor investors AXA, Crédit Agricole Assurances, CCR, Allianz, CDPQ and JBIC.

“With €2 billion of commitments, this fund will spur on the deployment of up to €20 billion in assets of strategic value to the industry in the next six years, performing for our investors and helping to decarbonize the global economy. This creates the right support for the new and critical hydrogen policy frameworks in our key geographies.”

Fund has participated in the €110 million ($107 million) fundraising of H2 MOBILITY Deutschland, the operator of Europe’s largest network of hydrogen stations.

The fund has also participated in the €200 million ($194 million) financing round of Hy2Gen, an operator of production sites for decarbonized hydrogen and its derivatives, with CDPQ as a co-investor.

In September CMA CGM Group announced a new Special Fund for Energies to accelerate its energy transition and achieve net-zero carbon by 2050.