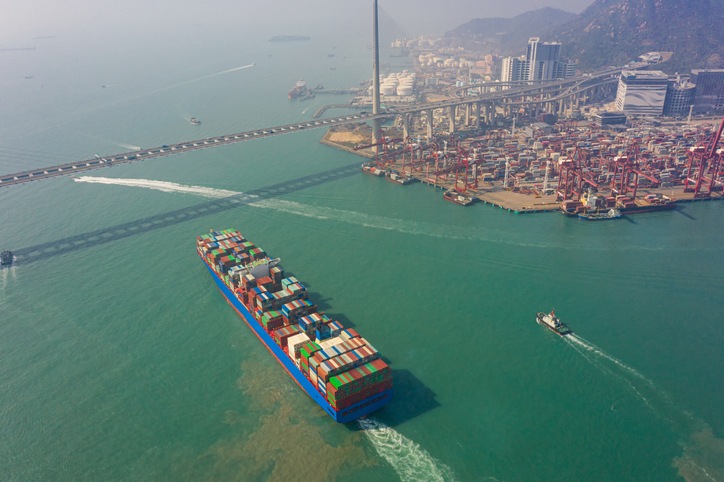 An increase in Chinese exports is one of the main drivers leading to a post-pandemic recovery for ports and terminals.

According to Drewry despite a significant downturn in the first and second quarters of 2020 there are “early signs of hope for the third quarter”, largely because China has taken the first steps towards recovering. The Chinese port index in June stood 1.2% higher than it did at the same point in 2019.

What are the busiest ports in China?

During the shipping consultancy’s webinar on the effects of the pandemic on port development and capacity, Eleanor Hadland, Senior Analyst, Ports and Terminals at shipping consultancy Drewry, said there had been a “steep downturn” in global TEU throughput growth in the second quarter of 2020.

Port indices in North America and Europe for third quarter 2020 have slumped back to 2017 levels, despite US imports improving in July and August.

Global port throughput is expected to increase by 3.5% over a five-year period between 2019 and 2024. The growth will be led by the Middle East and South Asia region, which will increase by 4.5% per annum, according to Hadland. Across Asia an additional 92 million TEU will be added to port throughput by 2024.

Drewry’s forecast suggests that global throughput levels will not return to pre-COVID-19 levels until 2021 at the earliest, but the worst-case scenario could mean trade continues to struggle until 2025.

The COVID-19 pandemic could also affect infrastructure projects, many of which could be abandoned until the market stabilises. This would in turn inhibit TEU global annual growth.

One area where the pandemic’s effects have been limited is in the global operator league table, which China COSCO Shipping still tops when measured by throughput.

Most port companies and terminal operators have seen increases in their share price in the second quarter, according to Ankush Kathuria, Lead Financial Research Analyst, Drewry.

The biggest operators increased by an average of 14% in the second quarter, compared to a slump of 38% in the first. Despite the recovery, however, Drewry’s portfolio of major companies and operators is still down 27% year-on-year (YoY).