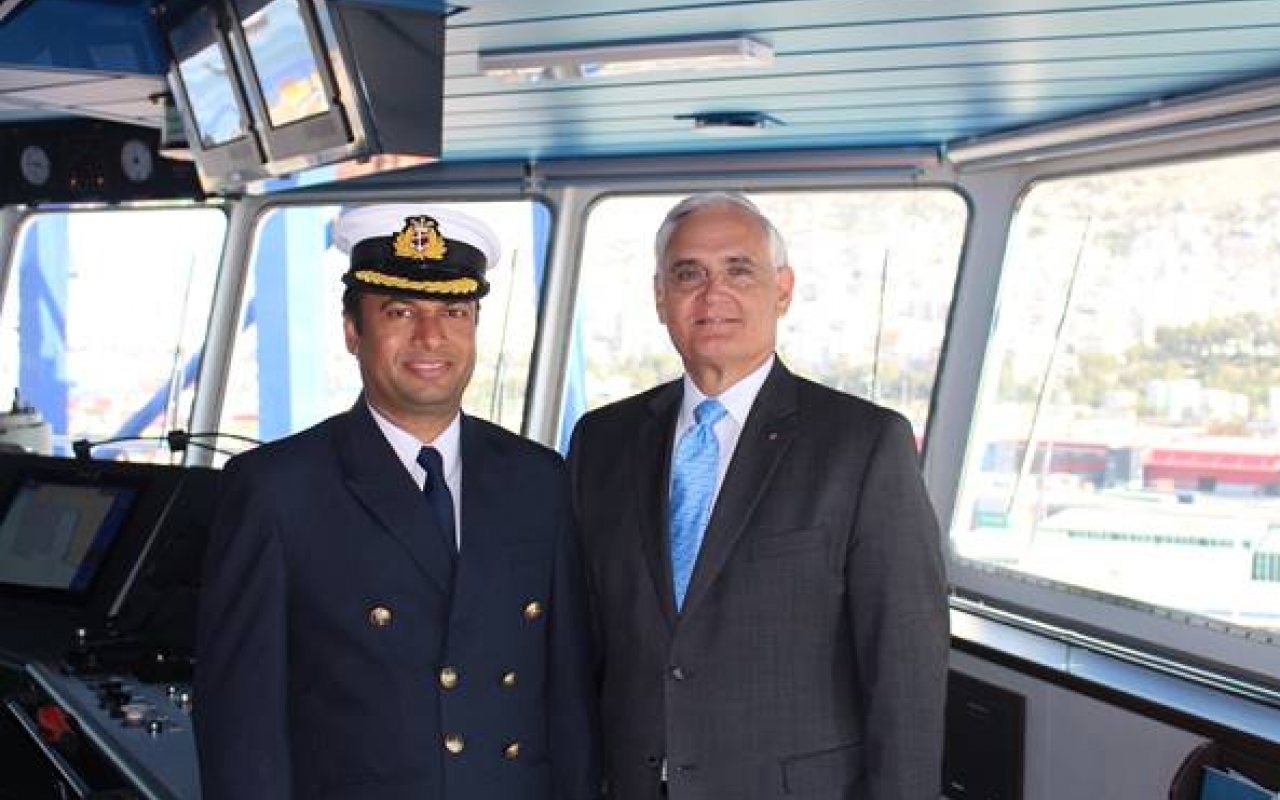 The container vessel Cosco Shipping Panama set sail from the Greek Port of Piraeus recently on its way to Panama to make history.

The Neopanamax vessel will make the inaugural transit of the expanded Panama Canal on Sunday, June 26, after a 14-day journey.

Captain Rodrigues said: “I had transited the Panama Canal many times before and it has been a great experience, but being the master of the first vessel to transit the expanded canal is an experience of a century.

Cosco Shipping Panama is a new vessel constructed and launched on January, 2016, which is 299.98 metres in length, 48.25 metres in beam, and has a container carrying capacity of 9,472 TEU.

Originally named Andronikos, the vessel was renamed by China Cosco Shipping to pay respect to the people of Panama and for the honour of the inaugural transit.

The ship was built in Hyundai Samho Heavy Industries Company, the same company that constructed the valves that control the flow of water through the new locks of the canal.

Technical Paper: The Panama Canal Expansion and its impact on global trade

Quijano said: “Over a hundred years ago, the SS Ancon made history as the first vessel to transit the Panama Canal. In a few weeks, Cosco Shipping Panama, the Panama Canal, and the people of Panama will change the face of global shipping and international commerce.

“I am humbled and honoured to lead the Panama Canal to this great milestone with the thousands who made this bold vision a reality.”

During the inauguration, the Cosco Shipping Panama will transit Agua Clara Locks on the Atlantic side during the early morning and Cocoli Locks in the afternoon.

The regular schedule of transits through the expanded canal will follow the next day on June 27.

The Panama Canal Expansion Programme is the largest construction project undertaken in the waterway since its opening in 1914.

Considered and analysed for a decade with more than 100 studies, construction on the first-ever expansion began in 2007 to provide the world with greater shipping options, better maritime service, enhanced logistics and supply-chain reliability.

The project will double the waterway’s cargo capacity, enhancing the canal’s efficiency, reliability and customer service.

Since Neopanamax vessels can now take advantage of the canal’s vast benefits, new routes, liner services and other maritime changes are expected to emerge.