Channel expansion to open up new markets for Port Everglades 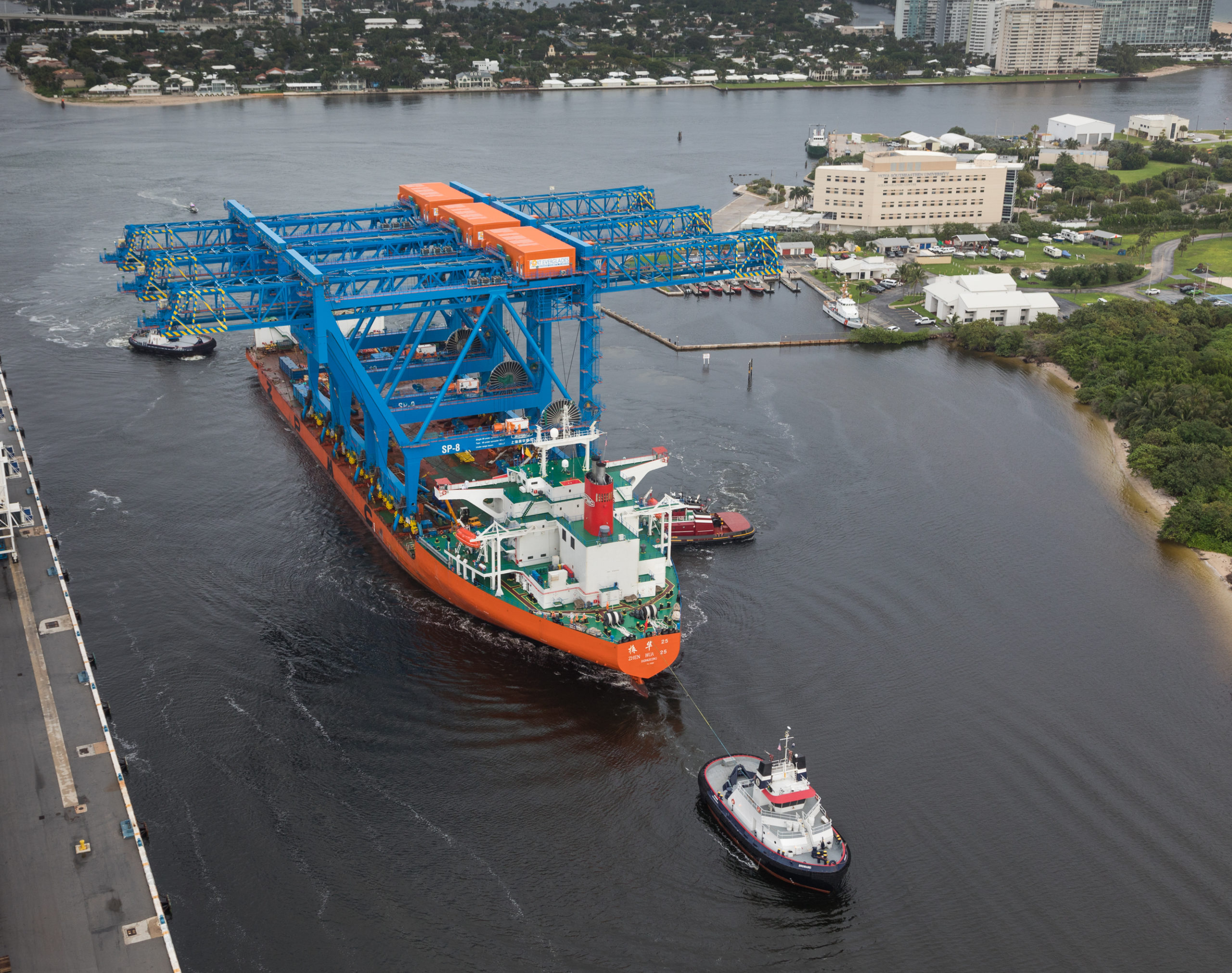 The expansion of the navigation shipping channel at Port Everglades will open up new shipping markets from the Far East, as well as improve business with existing trade relationships in Latin America and Europe.

The channel expansion, along with the addition of six new Super Post-Panamax cranes and other equipment upgrades, will increase its capacity and ability to receive some of the largest vessels in the world, a Port Everglades spokesperson told PTI.

The expansion of the channel will allow the Port to welcome these vessels fully loaded, increasing its ability to import goods from the world’s largest manufacturing hubs.

“We absolutely anticipate that this project to deepen and widen the channel combined with the addition of a total of six Super Post-Panamax cranes, lift improvements to our current cranes and adding new cargo berths – will open up markets in the Far East and help us expand existing markets in Latin America and Europe,” the spokesperson commented.

The Port, located in Fort Lauderdale, Florida, is already the US’ largest gateway for trade with Latin America and is capable of receiving the largest super-post panama vessels in the world but only lightly loaded. The channel expansion will allow for heavier vessel loads.

Upon completion the expansion is expected to create an extra 1,500 jobs due to the increased trade and add to the $32 million the Port generates annually.

When asked by PTI how much extra capacity the Port expects to have as a result of the channel deepening, the spokesperson said it was “hard to predict exactly, it is anticipated that the dredging could lead to an additional 200,000 TEU annually”.

The navigation channel expansion, officially known as the Port Everglades Navigation Improvements Project, was given the green light after the Broward Country of Country Commissioners approved a Project Partnership Agreement (PPA) with the US Army Corps of Engineers (USACOE).

As part of the PPA, the cost of the project will be shared with USACOE, the spokesperson said. Currently, the project is estimated to cost approximately $429.3 million, with Broward County’s Port Everglades share being $179.75 million.

It is part of a wider $3 billion project called the Master/Vision Plan Update, which intends to entirely upgrade the Port’s capabilities, including container handling, cruise and energy capacity.

Originally launched in 2014, the new plan was updated and approved in July 2020 and the Port aims to complete it by 2040 and have 50 related projects underway or finished by 2030.

It is the largest infrastructure plan in the Port’s history and will add new cargo berths and aim to improve efficiencies.

Work on the plan began in February 2020 when the USACOE received $29.1 million in federal funding to widen the Intracoastal Waterway, a 3,000km inland waterway that runs along the eastern seaboard and around Florida.

Additionally, the Port has already started improving its equipment. In November it received three super post-panamax container gantry cranes, the largest of their kind of the world.

“Port Everglades has an option to buy three more of the same cranes,” the spokesperson said. “In addition to purchasing the new cranes, the seven existing low-profile post-panamax gantry cranes in Southport will be upgraded to a lift capacity of 65 tons from the current 46.5 tons, that will add the capability to perform twin-picks (lifting two loaded TEU containers at a time).”

The three 175ft (53.34m)-high cranes are valued at $13.8 million each and can handle containers stacked eight high from a ship’s deck and reach 22 containers across.

Designed and built by Chinese-state owned company ZPMC, they are ‘low profile’ models, that extend out rather than up to avoid the flight path of Fort Lauderdale-Hollywood International Airport, which is less than two miles away.

They are the largest low-profile container gantry cranes ever built and are a marked improvement on Port Everglades existing fleet of cranes, which are only 151ft (46m)-high and are limited to containers stacked six high and 16 across on a ship’s deck, according to the spokesperson.