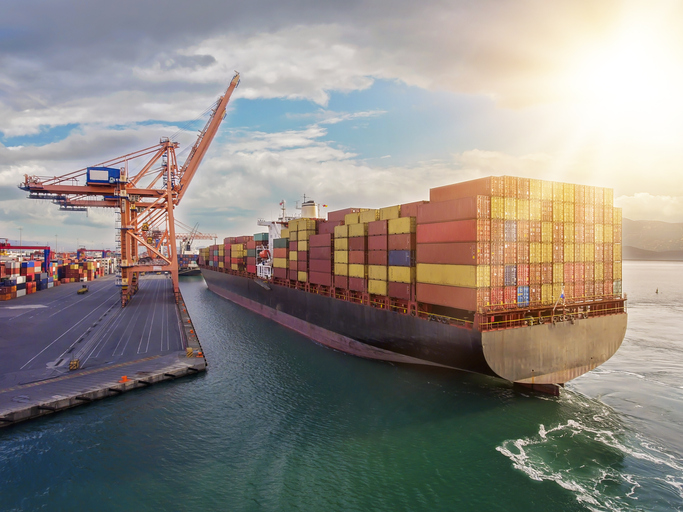 As the new year dawns the ports and terminals industry keeps moving forward, despite the challenges it faced over the previous 12 months.

We are sure to be hearing more about what to expect in a ‘post-pandemic’ world in 2021 as the vaccine rollout across various nations offers hope that the worst of the pandemic is over.

A recent statement from the Pacific Merchant Shipping Association (PMSA) released in early January warned that stakeholders across the supply chain will have to find a new way to work together in order to recover from the affects of the COVID-19 pandemic.

The PMSA notes the substantial congestion in Californian ports that has been experienced after a crash in demand at the start of 2020 followed by a surge at the end of this year. This phenomenon has been felt across the US and Europe in particular.

The association said that every part of supply chain to work together to relieve the congestion.

Meanwhile, European shippers and freight forwarders urged the European Commission to act on the current practices of liner shipper carriers.

The issues that have been raised include the violation of existing contracts, establishment of unreasonable conditions concerning the acceptance of bookings and unilaterally setting of rates far more than those agreed in contracts, according to the European Freight Forwarders Association (CLECAT) and the European Shippers’ Council (ESC).

Freight rates are sure to be a continuing issue as freight rates from Asia continue to hit record highs. These rates have been growing since June 2020, accelerating in August as demand improved and have continued to grow.

Industry commentator, Lars Jensen, CEO of SeaIntelligence Consulting, has noted that as SCFI spot rates continue to hit record highs there is “a clear indication that the bottleneck problems related to all aspects of capacity remain an acute problem and in this week’s data there is nothing indicating an immediate resolution.”

Chinese ports have been the first to show strong recovery from the impacts of the COVID-19 pandemic with marginal growth of TEU throughput at some of the nation’s busiest hubs.

Indeed, according to the Ningbo Shipping Exchange, among the eight biggest ports in the country only two saw drops in throughput for the first ten months of 2020.

China was the first to be hit by the COVID-19 outbreak in early 2020 and subsequently saw exports crash.

However, as demand has increased once again across the globe China’s ports are once again as busy as ever.

Finally, the three year of embargo and blockage against Qatar by the members of the Gulf Cooperation Council (GCC) has been lifted.

This could be good news for the ports and supply chain Qatar as under the terms of the blockade trade from the participating nations was cut off.

In particular, the re-export of goods from abroad that first called at one of Qatar’s neighbours before being sent on was not permitted, something Qatar had been previously reliant on.

Now this practice will be able to resume giving Qatar access to goods from the likes of Jebel Ali Port in the United Arab Emirates, the largest port in the Middle East based on throughput.