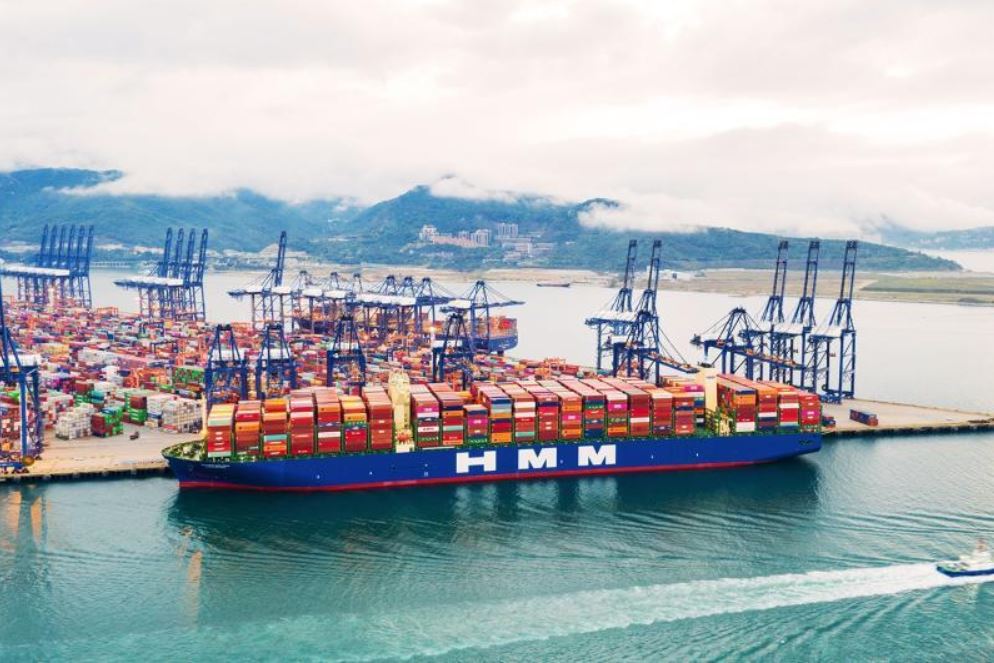 The HMM Algeciras, the largest container ship in the world, has reportedly broken the vessel utilisation record on its maiden voyage in another sign of Asia’s supremacy in the maritime world and South Korea’s resurgence.

According to local media in South Korea, the vessel left the Port of Xiamen, China, with 19,621 TEU on board, breaking the utilisation record set by the MSC Gulsun of 19,574 TEU in July 2019 when it left the Port of Tanjung Pelepas, Malaysia.

The HMM Algeciras is now on its way to Europe, and will soon be followed by 11 more HMM mega-ships capacities in excess of 24,000 TEU, which will be delivered by the end of 2020.

The carrier reportedly attributed the success of the HMM Algeciras to the THE Alliance, the shipping alliance that also includes Hapag-Lloyd, Ocean Network Express (ONE) and Yang Ming.

Additionally, it also said it hoped to lead the “reconstruction” of South Korea’s shipping industry and that it sees mega-ships as critical to doing so, according to HMM.

How has South Korea reached this point?

The unveiling and launching of the HMM Algeciras marks a significant moment for South Korea. The country’s maritime industry had been in decline for much of the 21st century, due to the global financial crisis which not only devastated its container shipping industry but also its ship building sector.

The latter led to South Korea being taken to the World Trade Organisation (WTO) after Japan alleged state interference and aid, specifically in the case of HMM’s new fleet.

Tokyo claimed the fleet was at least partly arranged by the Korea Ocean Business Corporation, a government-owned business established in July 2018 to support the country’s shipping sector. The case was formally brought to the WTO in February 2020.

South Korea’s maritime struggles began in the aftermath of the 2008 global financial crisis. It ultimately led to the 2016 bankruptcy of Hanjin Shipping.

Hanjin was the most high profile casualty of the ‘overcapacity’ crisis, a worldwide market phenomenon that saw demand plummet by 50% after years of growth, leaving carriers with space they couldn’t fill.

It was this point in particular that accelerated the adoption of shipping alliances. As well as THE Alliance, there is the 2M Alliance (Maersk and MSC) and the Ocean Alliance (COSCO, CMA CGM, OOCL and Evergreen).

The year of Hanjin’s bankruptcy saw seven major mergers or acquisitions in the shipping industry, as well as the scrapping of hundreds of surplus ships, as carriers struggled with unstable freight rates.

It also coincided with the opening of the newly expanded Panama Canal as global trade began to recover and grow. This itself meant carriers had to expand their fleets to carry more cargo while remaining competitive.

Under the new alliance structure they were able to build mega-ships, increasing capacity from approximately 16,000 TEU to now over 23/24,000 TEU. Bigger ships means fewer sailings and more stable costs.

Alliances have become fixtures of the industry and many credit them with stablising an industry that was in grave danger of suffering more casualties similar to Hanjin.

In the case of South Korea, the benefits are clear and HMM’s new fleet of mega-ships could prove to be what the country needs to rejuvenate its maritime sector for the long term.

Furthermore, it could also transform the country into the latest Asian maritime power, joining China, which dominates the ocean and port areas and Malaysia, one of the most advanced in the region.