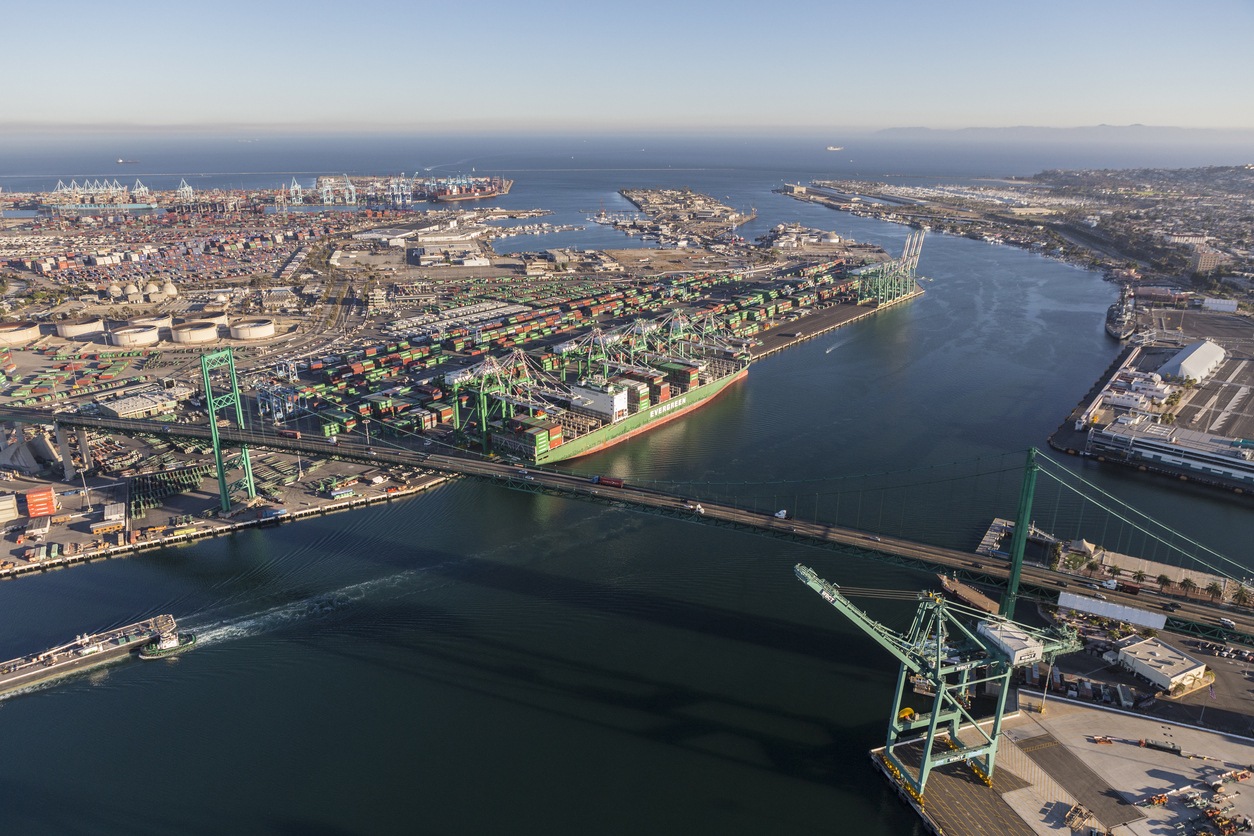 While the Port of Oakland and Port of Los Angeles have both reported significant drops in cargo volumes for May 2020 the Port of Long Beach has reported growth for the same period.

Ports are generally experiencing cargo volume decreases for the first quarter of 2020 because of the affects of government restrictions put in place to tackle the COVID-19 pandemic.

Bucking that trend, the Port of Long Beach saw cargo shipments rise as it says the economic effects of COVID-19 start to subside. The Port says its strong numbers reflect the efforts of our Business Recovery Task Force.

Meanwhile, in a 11 June release Oakland noted that the loaded box volume decline in May was expected and the Port is expecting cargo to continue to decline because of the impacts of COVID-19 on global shipping.

Port Executive Director Gene Seroka said in a briefing, “it is the slowest May since the great recession of 2009.”

Adding, “We continue to see the continued negative impact of the trade war between the US and China and the policies that have been in place.”

He noted that the Port is also comparing its busiest month of May in its 114-year history, which was in May 2019, to today “so the bar was set pretty high”.

There has also been a shift of some services from the Port of LA to its neighbour, the Port of Long Beach, which Seroka said amounted to around 10% of its normal business traffic.

“We aren’t out of the woods, but this is the gradual growth we have anticipated as the United States starts to rebound from the devastating economic impacts of COVID-19 and the trade war with China,” said Long Beach Harbor Commission President Bonnie Lowenthal.

Seroka said in his briefing, “Any notion of economic recovery in the shipping industry is a little bit too early to discuss.”

“Since March, the Port has seen indications of more significant cargo declines, so the May results are not unexpected,” said Port of Oakland Acting Maritime Director Delphine Prevost.

“Ocean carriers have been reducing the number of vessels in service in anticipation of expected declines in import demand. It’s created challenges for exporters who are seeing less predictable vessel schedules and facing issues with finding capacity for their exports.”

According to the Port, May 2020 loaded import volume dropped 14.6% from May 2019. Loaded exports declined 10.7%. The return of empty containers to Asia decreased 28 percent.  As a result, total cargo volume declined 16.8 percent.

Overall, the January-to-May 2020 cargo statistics show a 7.8 percent decrease compared to the same time period in 2019.

On blank sailings, which have been a major issue for ports during the pandemic, Seroka said that June estimates have eased somewhat compared to recent months and particularly in May.