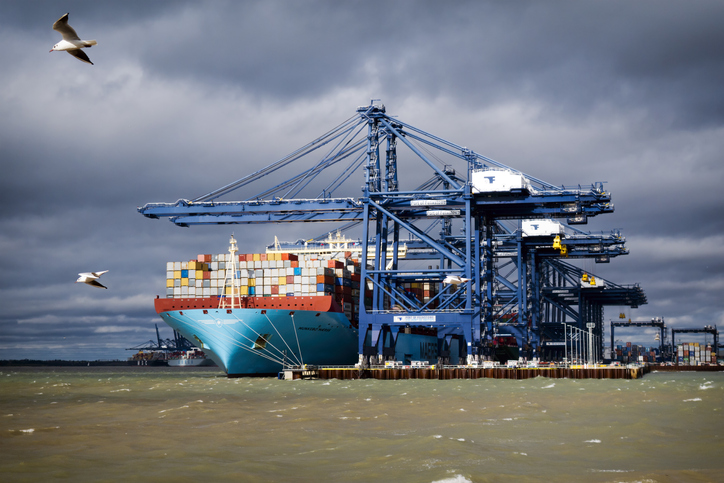 Business strategies in UK ports, including investment, could continue to be affected by the uncertainty around the country’s trading relationship with the EU and the lingering effects of the COVID-19 pandemic in 2021, even if the current backlog is cleared.

It remains difficult to accurately predict how UK ports will perform next year, with many currently weighed down by a rush to stockpile goods, Mark Simmonds, Head of Policy at the British Ports Association, told Port Technology International.

“There is no doubt that uncertainty over Brexit has had an impact on investment and not just in our sector,” Simmonds said. “We hope that there will be a deal between the UK and EU and if not, efforts should be renewed next year.

“With or without a deal, however, there will be new frictions at our borders and that is unwelcome and is likely to disrupt trade flows, at least in the short term. We hope that wider impacts such as tariffs can be avoided and frontier checks minimised.”

Along with the uncertainty surrounding a Brexit trade deal, there are other trends that make it hard to forecast future performance, according to Simmonds.

These include the accelerating growth of ecommerce and “unpredictable patterns of consumer demands”, a consequence of the government’s various lockdowns and attempts to stem the spread of COVID-19.

“The ports industry has been working very closely with government for years on Brexit border planning,” Simmonds said.

“This is a separate issue from the container congestion and largely affects different parts of the ports industry.

“We have welcomed some of the measures and delays announced by the UK government to ease potential disruption caused by new border arrangements and we are expecting details of funding for border infrastructure.”

Such measures have included a reintroduction of freeports, economic zones around ports designed to attract business and investment.

In November 2020, the UK government launched a bidding process for new Freeports across the country, something that the BPA had called for.

The BPA in a separate update observed the “unprecedented volatility” at UK ports in Q3, during which volume fell by 9.6% year-on-year (YoY) but rose by a record 15.5% on Q2 as lockdown measures eased.

The combination of Christmas and the deadline for a Brexit trade deal mean another surge in containerised goods is likely in Q4.

The rush before the Brexit deadline

The UK formally left the EU on 31 January 2020 but the deadline for a post-Brexit trade deal is the 31 December, and if an agreement is not struck by then tariffs will be imposed to a varying degree on all British exports.

The country’s main gateways have seen traffic increase substantially over the past few weeks as retailors restock ahead of Christmas and the New Year amid fears of new tariffs.

This rush has been felt particularly badly at the Port of Felixstowe, the country’s biggest container port, and Southampton, the largest import and export hub for the car industry.

The situation has become so severe that some vessels have in some instances calling at UK ports or only partially unloaded, for fear of further service delay.

The uncertainty has already been felt across numerous industries. On 10 December Honda stopped production at its plant in Swindon due to a lack of car parts.

The Builders Merchants Federation (BMF) has voiced worries over a lack of building supplies, such as tools and timber, and has forecast industry growth of 3.3% in 2021 without a deal, as opposed to 8% with one.

The effects have also been felt on the continent; French hauliers have reported a 30% increase on UK-bound routes, an estimated 8,000 lorries a day.

Despite the uncertainty, Peel Ports, one of the largest terminal operators in the UK, insisted it does not see any reason to alter its current plans and that the outcome of talks will have little impact on port processes.

Stephen Carr, Commercial Director, Peel Ports, told PTI: “In the short term, discussions around a trade deal with the EU on tariffs will have minimal impact on port processes from 1 January, unless further easements are agreed.

“New processes will need to be implemented by traders moving cargoes through UK ports regardless if tariffs are applied.

“Of course, in longer term, should tariffs be imposed on EU goods, we may see a change in sourcing strategies from the EU towards non-EU territories, which would undoubtedly have some impact on supply chains and the ports and modes of entry to the UK.

“Our ports are well-placed to take advantage of this shift, given they are generally biased towards non-EU trade lanes when compared to the UK market in general.

“Broadly speaking, we expect trade through UK ports to move in line with the general economy and do not see the impact of tariffs affecting port volumes beyond how they impact on GDP.

“As such, we do not have any immediate plans to change our investment strategy based on the outcome of the EU-UK trade deals.”

Challenges posed by the outcome of the Brexit talks would be in addition to the effects of the COVID-19 pandemic, which Tim Morris, CEO, UK Major Ports Group said had caused “unprecedented volatility in global supply chains”.

However, there is also optimism and Morris said a “commitment of extra resources” and closer coordination with customers and ports has meant an improvement in the situation at UK ports, but warned that the underlying problem – the COVID-19 pandemic – is global, which means ports cannot be complacent.